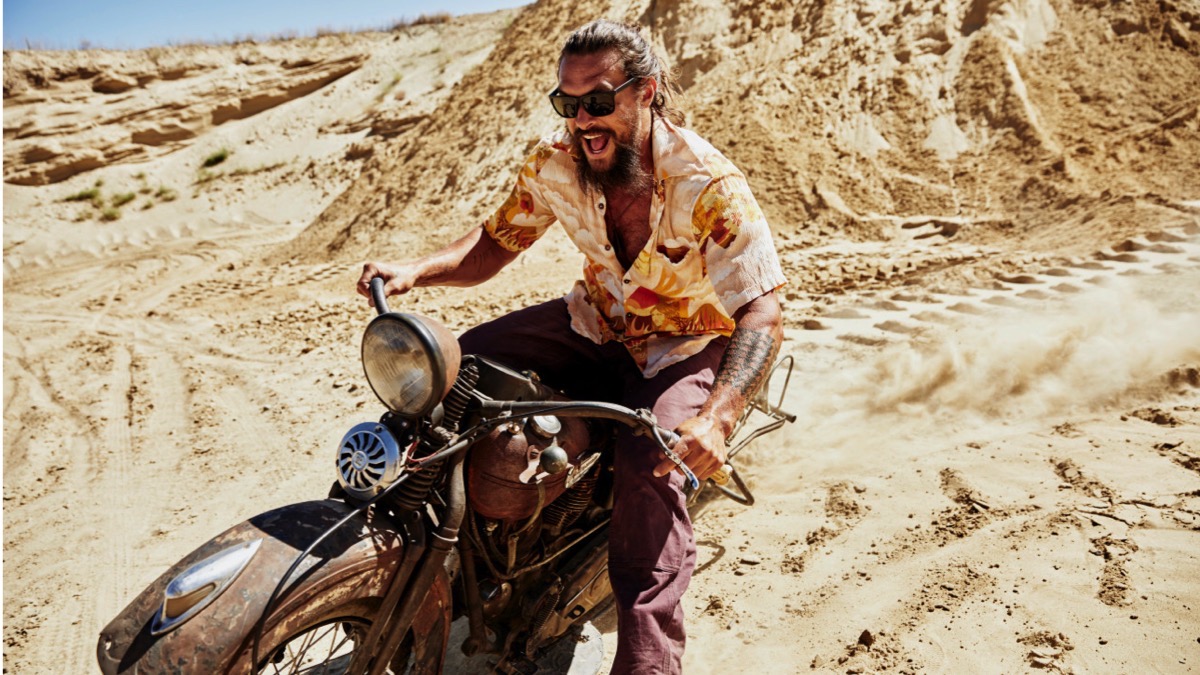 It is rather obvious that Jason Momoa is physically fit. He attributes his hunky physique to being Hawaiian. He told Men’s Health, “It’s just genetics. Hawaiians are big people.”

The 41-year-old said that he loves outdoor activities, adding “I rock climb a lot. Maybe I’m an ape. I love the way it feels. I like being upside down. I always loved climbing trees as a kid and swinging in the breeze.”

He does lift weights but does find it rather challenging at times. He recently attempted yoga, which is one of the things that his wife Lisa Bonet loves doing. “So I tried yoga the other day, and it was the hardest thing I’ve ever done in my life. I’d rather squat a car. Climbing El Capitan would be easier than doing two hours of yoga. I can’t bend over anymore! My hamstrings are so tight. It’s pathetic, he stated.”

He’s tried yoga ten years ago and should have remembered his experience before attempting it again. A yoga class almost a decade ago didn’t go so well either.

“I remember one time I was all yoked out for Conan the Barbarian, and I was in a yoga class with all these older ladies in Topanga and everyone was just holding their arms up and I was like, ‘This is so hard!'” he said.