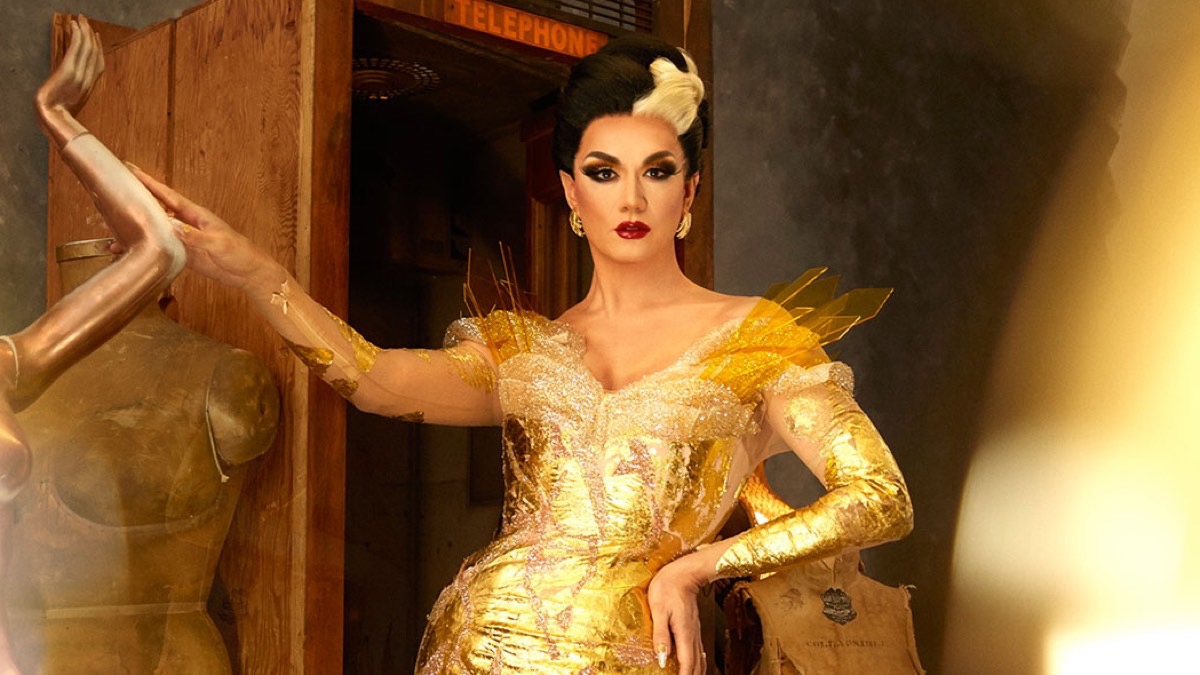 Hello, hello, hello! It’s time to kick off your Labor Day weekend with style, and we’ve got the latest from your favorite RuPaul’s Drag Race queens to keep the holiday festivities sizzling!

Mano Agapion welcomed his BFF and co-star of the Patreon series “We Love Trash”, the hilarious Betsy Sodaro, on the latest episode of “Drag Her.” The pair talked about the Untucked episode that followed All-Stars season one’s girl group challenge and showed off their uncanny impersonations of Sharon and Ozzy Osbourne. (I can’t believe neither one of them had ever heard of Pia Zadora – especially with a show called “We Love Trash”. Have they never seen The Lonely Lady? That’s one of the trashiest movies ever!)

Did you check out Willam and Alaska spilling the tea with Manila Luzon on last Friday’s “Hot Goss”. Manila and the dolls kiki-ed about All-Stars seasons one and four and season three of Drag Race. Manila is truly an All-Star and I wouldn’t be mad if she was a guest on more episodes! Get your fill of political chat, tales from Drag Race and deep dives in the DMs over at Forever Dog. Also, check out the latest episode of “Race Chaser” Classique, where the dolls revisit “RuPaul’s Hair Extravaganza.”

Speaking of Drag Race season three, that was Michelle Visage‘s first season on the judges panel and the good people at Entertainment Tonight sat down with Ru’s best Judy to talk about her Drag Race debut. She recalled that, “I fought hard to get onto that show” and, when asked about the queen’s reactions to her sometimes brutally honest reactions, said she had only the purest of intentions and quipped, “If we were all Paula Abdul, you’d get bored really quickly.”  Hey, like her or not, she does speak the truth. When asked who had her favorite runway look, she said Ru. Insisting it wasn’t a “suck up”, she said what we all know, “When Ru comes out every time, it’s breathtaking.” Preach, Michelle.

Last week, the ten queens competing for the title of the UK’s Next Drag Superstar were introduced to us, in advance of the inaugural season of RuPaul’s Drag Race UK. Drag fans everywhere weighed in on the new batch of contestants, as did some US Drag Race alums. Season ten’s Yuhua Hamasaki and season four’s Phi Phi O’Hara comment on the queens’ promo lewks in “Bootleg Opinions” and one of my favorite Georgia peaches, season nine’s Nina Bo’nina Brown, shared her take on the new batch of queen-testants on her “Rawview”.

Two of my favorite queens from season 11, Brooke Lynn Hytes and A’Keria C. Davenport, play “Ca$tmates for Ca$h”. The two spill some season 11 tea and talk about their favorite foods. I would love to go out for Korean BBQ with these two.

Moving on from her union with Brooke Lynn, Miss Vanjie is looking for love. Check out her video dating profile. Can we please cast Vanjie as the next Bachelorette? That’s a reality show I would definitely and enthusiastically get behind.

Miz Cracker joins Bob the Drag Queen for the latest episode of “Sibling Rivalry”. This week’s topic is “Drag Families” and these sisters are hilarious together – no rivalry here.

For all of you who grew up watching the Disney Channel, you’ll love Ariel Versace’s Lizzie McGuire-inspired transformation.

On the latest episode of “Paint Me Bitch”, Willam gets his mug beat by former drag queen Poison, a/k/a T.W. During the transformation, the two joke about the perils of tights and taping, perform an impromptu dance track using makeup artist jargon and throw a little shade at some other Drag Race queens. (As a former south Floridian “mall kid”, I love Willam’s Burdines shout out!)

Jinkx Monsoon talks about the birds and bees with her son Kamikaze on the latest episode of “Cool Mom.” So, he’s 30…better late than never, hmmm? I wish my Mom was as cool about “the talk” as Jinkx was.

The kids are back in school, so why not get your learn on with Jasmine Masters? In the latest episode of “Jasmine Masters’ Class” the outspoken queen has something to say about crushes and gives some advice to her lovelorn fans. I have a crush on Jasmine…maybe it’s because I got a contact high after watching this video!

Shiver me timbers! On Monét X Change‘s latest episode of “Herstory X Change”, the subject is pirates (not the ones who illegally download movies).  Monét debunks rumors about eye patches the Jolly Roger and gives us lots of “Arrr”-titude (I know that’s not a word, but I like it.)

Our favorite fashion-forward queens, Violet Chachki and Naomi Smalls take us into the wayback machine and revisit the Dolce & Gabbana Spring/Summer 1991 runway show. Come for the vintage Naomi Campbell and stay for Violet’s take on kitten heels (which I agree with 100%.) I love these two, but I do not miss 90s fashion.

In my weekly review of all things drag on the internet, I came across the trailer for season three of the Boulet Brothers series Dragula and I am ashamed to admit that I have never checked this show out. This trailer has made me an instant fan. This third season looks amazing and, between the fierce queens (who make Sharon Needles look positively tame by comparison), including drag king Landon Cider and AFAB queen Hollow Eve, as well as guest judges including Henry Rollins (my heart), Amanda Lepore and Hereditary star Milly Shapiro, this might be the show that forces me to renew my Amazon Prime account. The season started this past Tuesday, so you can catch up in time for episode two!

The MTV VMAs were earlier this week, and you know I can’t pass up the chance to bring up John Travolta mixing up Taylor Swift and Jade Jolie. This story is everything (and if I were in John’s shoes, I would have given Jade the prize too. I love that queen.) NewNowNext caught up with Jade and got the inside story about the incident. Jade recalled, “We were walking to the stage, and Taylor was hugging everyone, and I happened to make it to the podium first, and I definitely felt John Travolta gravitating to me. It was a very sweet and flattering mistake, and I like to think I did my job right and looked just like Taylor!”

Finally, here is the Instagram post of the week (or, in my opinion, the year), courtesy of the legendary Miss Coco Peru and Willam.

The Week in Drag is taking a break next week, but we will be back with all the news that’s fit to print about the queens who keep bringing the charisma, uniqueness, nerve and talent your way. Enjoy your holiday weekend and until we meet again, everybody say LOVE!