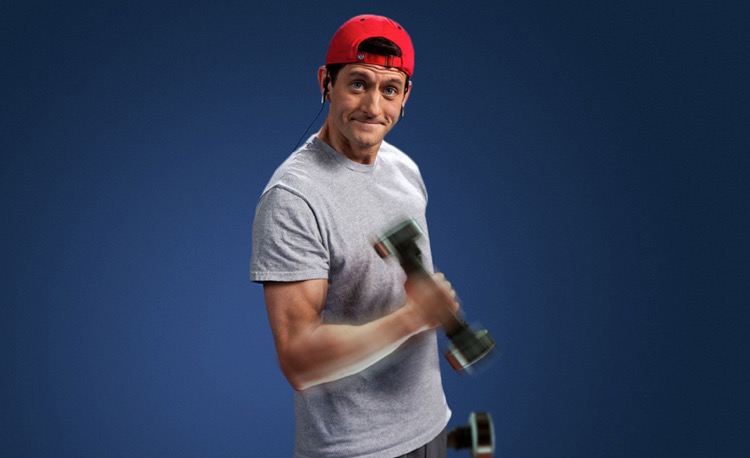 Kanye West Is a Fucking Joke

If you follow politics at all, you’re familiar with Paul Ryan. Although this Wisconsin native and Congressman is not new to the public scene, many may still be clueless about some of his more personal day-to-day activities like how he stays in shape. I for one didn’t have the slightest clue (or that fact that in 2011, he was runner-up for Person of the Year in TIME magazine).

His political plans and proposals are well-known, but did you know that his workout plans include P90X

P90X is an intense training program that uses a mix of weight training, yoga, martial arts, and calisthenics to whoop anyone brave enough to try it into shape.

With the popularity that this workout plan has gained, it doesn’t come to a surprise that busybodies like Ryan, Ashton Kutcher, Pink and Usher (just to name a few) have stepped up to the P90X challenge. Tony Horton, the creator of P90X, claims that what makes this workout plan actually work is that with the correct combination of available workouts, it can fit into anyone’s lifestyle.

Do a different push-up every time. Add Kenpo karate or jumping jacks or whatever on that second move. On the crunches, modify your position to engage the abs or core directly. You can do squats with your feet wide, your feet narrow. It’s a workout that might also give you a bounce. As few as two rounds of that will release norepinephrine, dopamine, and serotonin.

Looks like it works! I’ll keep that in mind as I prep my abs of steel for my 2013 summer body.

This article was originally published on October 11, 2012

Kanye West Is a Fucking Joke