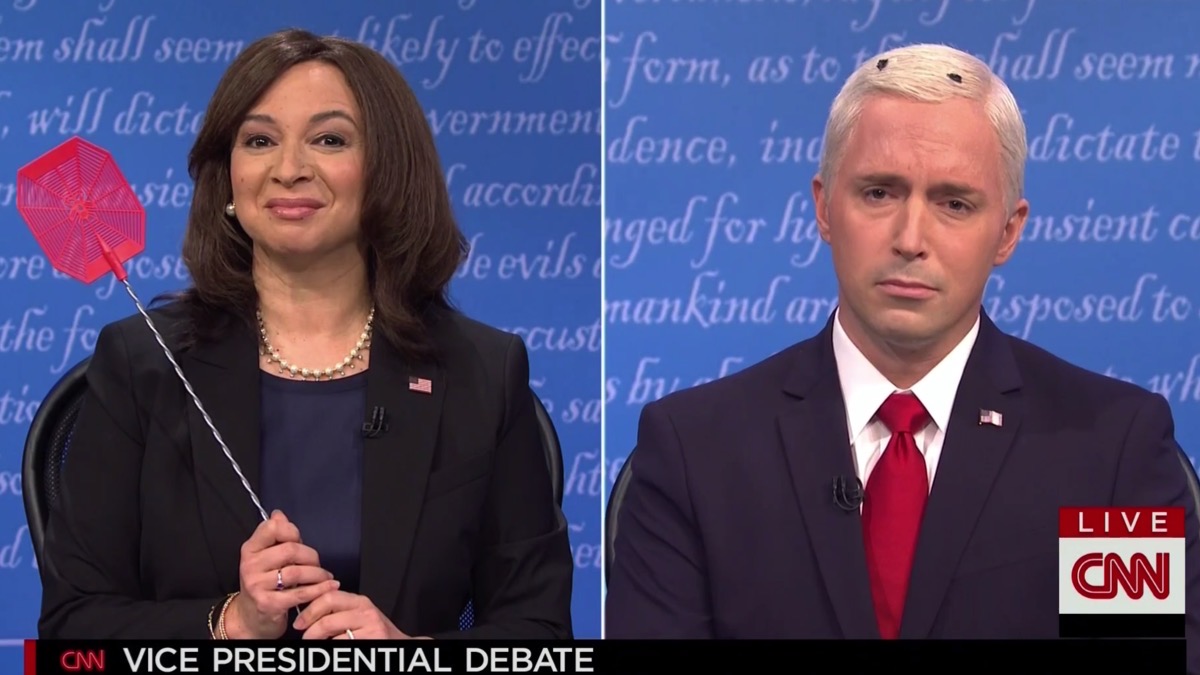 While we did not get Jeff Goldblum as hoped, Saturday Night Live still managed to tackle the fly’s appearance during the vice presidential debate between Kamala Harris and Joe Biden.

“Good evening, I’m Susan Page, and I missed book club for this,” Kate McKinnon, playing the moderator, said. “Tonight you’ll notice that between the candidates we’ve installed buffet style sneeze guards on account that one of you works for patient zero.”

Midway during the debate scene, SNL cut to Joe Biden’s living room where Jim Carrey as Heidi Gardener as Jill Biden. Carrey’s Biden was concerned how the debate was going and decided he needed to go there using an experimental teleportation device — and of course it turned out that the teleportation machine was basically a replica of the one from David Cronenberg’s 1986 remake of “The Fly.” Just like in the movie, where a scientist played by Jeff Goldblum tests a teleportation device but doesn’t realize there’s a fly in it with him, Biden’s trip blended his DNA with a fly.

But he still landed on Pence’s head of course, as the “SNL” parody then showed Beckett’s Pence with a hugely visible fly on his head.

“Mr. Vice. President, do you not feel that at all?” asked Page.

“I’ll tell you what I feel, Susan. I feel for the businesses that are going to be crippled by Joe Biden’s tax cuts,” Pence replied.

“Yes, yes, your economy is so in the toilet, I want to lay my eggs on it. What what?” said Carrey’s Biden-Fly hybrid. From that moment, Carrey gradually changed his impression from a Joe Biden impression to an impression of Joe Biden slowly turning into Jeff Goldblum in The Fly.

And at the end, it was revealed that Herman Cain — who famously was killed by COVID-19, which he caught at Donald Trump’s divisive Tulsa rally in June — was reincarnated as a fly (played by Keenan Thompson here).