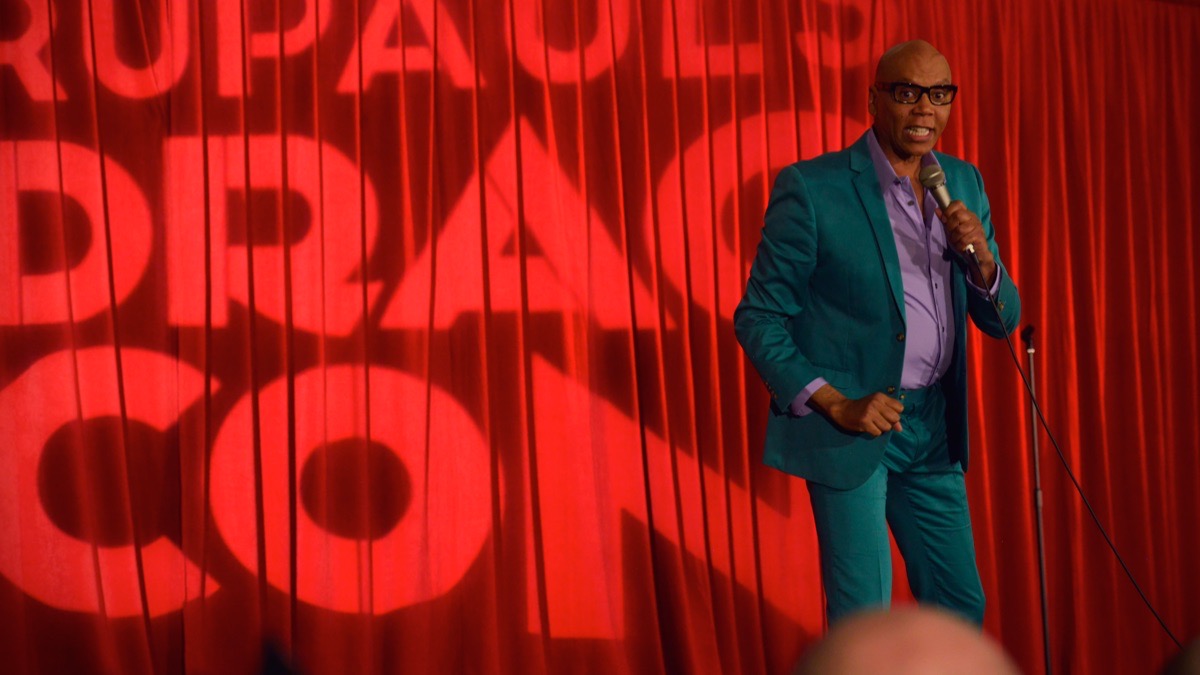 Well, the worst news of the week (especially for yours truly) is that DragCon LA has been canceled due to worries about the coronavirus.

A statement from the event’s PR team reads:

“DragCon’s first priority is always the health and safety of everyone involved and we’ve been actively tracking the situation around the coronavirus. The situation in California (and the world) is rapidly changing, with new information coming out everyday. Unfortunately, there’s no way for anyone to know what the situation will be like in May. Due to that uncertainty, and out of an abundance of caution, we’ve decided that it’s in the best interest of the talent, staff, press and attendees to cancel RuPaul’s DragCon LA 2020. We will be working to issue refunds to everyone who has purchased a ticket. DragCon LA will return in 2021, better than ever.”

Now onto greener pastures. Bob the Drag Queen and Peppermint discuss the second part of the season 12 premiere on “The Pit Stop.”

Our favorite cosplay queen, Phi Phi O’Hara, reviews the season 12 entrance looks with Yuhua Hamasaki on “Bootleg Opinions.” But wait, there’s more! Yuhua and Soju also review the second half of the premiere as well, so make sure to check it out.

Raven and Raja are back for the latest “Fashion Photo Ruview”, tooting and booting the entrance looks and tulle runway fashions of episode 2.

Miz Cracker is back on YouTube with “Review with a Jew.” On this episode, she reviews the first half of the season premiere and chats with the delightful Jackie Cox. On the second episode, she welcomes Jan as they talk about the last 6 queens in the werk room.

Shuga Cain has entered the fray of season 12 and in the season 2 debut of “Shuga In the Raw” she dishes on the new batch of queens and looks absolutely fabulous doing it. I don’t think she’s ever looked sexier.

I was in Chicago last weekend and I wish I had gone to Roscoe’s for their weekly Drag Race viewing party. Thankfully, the tea and commentary is available online. This week, T. Rex, Ginger Minj, Valentina, Scarlet Envy and Eureka O’Hara discuss the latest episode of the show.

Nina Bo’Nina Brown has a reputation for pulling no punches – she doesn’t call her series “Rawview” for nothing. She’s keeping it real on the latest episode – weighing in on the cancellation of AJ and the Queen, the Sherry Pie controversy and the second part of the season 12 premiere.

Roy Haylock, better known as Bianca Del Rio is interviewed on “Decent Exposure.” He discusses his role in the West End production Everybody’s Talking About Jamie, the differences between performing in the theater and touring with a solo show, his experiences as a costume designer and lots more. He is such a delight and so charming. Take 20 minutes out of your day and check it out.

The queens who kind of got the “villain edit” last season, Ra’Jah O’Hara and Silky Nutmeg Ganache show that they were the victims of some shady editing and are downright fun and charming, as they step into the kitchen to make a delicious vodka cocktail and “chocolate love bowls” perfect for your next date night on “Silky’s Snack Shack.”

Remember when you were a kid and tried to style your Barbie doll’s hair, only to end up with either a matted mess or – worse – a bald Barbie? If I could go back in time, I would make sure Jaymes was my BFF, as she does magical things with the plastic icon’s locks. Watch as she gives a vintage doll a makeover that would make any Ann-Margret fan gag.

In honor of her new album, Barbara, Trixie Mattel plays a game called “Wheel of Barbara” where she tries to identify famous Barbaras by a photo. There’s a lot of them – Streisand, Corcoran, Barbie (of course), Walters, Mandrell, Hershey, Bush, Stanwyck and Eden. How many does she recognize?

It’s Trixie Time again! In this video, she unlocks her phone and discusses how she checks to make her eyelash game is on, reviews her photos and emails, facetimes with Orville Peck, shows the benefits of the notes app and talks about her eBay addiction. She also talks up Zillow and tries to talk men out of sending (and keeping) dick pics.

Willam is back with what he does best, with a drag-themed episode of Beatdown. This week, he takes on Erica Andrews (Roxxy’s drag mom – who does really need to be on Drag Race), Shangela’s cameo in Kenya Moore’s 2013 video for “Gone with the Wind”, a performance from queen Elishaly D’Witshes (I had to pause the video to get that spelling right), show and pageant mishaps, Manila Luzon on fire (literally), Trinity K. Bonet and more. I need Willam to chime in on every awful YouTube video I watch (and I watch A LOT of them.)

Alyssa Edwards certainly has an outsized personality, and on the latest Alyssa’s Secret, she takes the Myers-Briggs test to find out exactly what kind of personality she has. Treating the questionnaire like a pageant Q&A, she discovers she’s an ESFP which is a pretty accurate assessment.

The highlight of season 11, the amazing Love Connie takes Pit Crew members Bruno, Bryce and Jason through their paces and gets them in camera-ready shape with a game of “2 Balls, 1 Cup” in the latest episode of “Oh Pit Crew.”

She was the first eliminated on season 11, and it’s kind of a shame that we didn’t get to see more of her, because Soju is a real sweetheart. She is the guest on this week’s “Hey Qween!” and discusses her recent weight loss, her K-pop aspirations and her (brief) time in the werk room. Part one is embedded below and make sure to check out part two and part three.

Trixie and Katya play with dolls and talk about their childhood playthings, voodoo and getting bamboozled by autograph hounds while showing off some of their own doll collections (and OMG, Trixie has a Dusty doll, which I also had as a kid) on “UNHhhh.”

Monét X Change and Bob the Drag Queen discuss the new NUBIA tour (and why Monét wasn’t in it) and the controversies surrounding Brita and Sherry Pie on “Sibling Rivalry.”

Speaking of NUBIA, Bob takes us behind the scenes as he rehearses for the show on “Bobbin’ Around.”

The latest episode of “Drag My Dad” became “Drag My Mom”, as Bob tries to mend the relationship between Dan and his mother Beth Ann that became strained after he came out. I love Beth Ann’s transformation and, as for the outcome for she and Dan, let’s just say someone may be cutting some onions near you as you watch.

Derrick Barry and Kimora Blac are quizzed on their knowledge of marine biology on “Wait, What?” and discuss how Derrick would be an octopus if she were a sea creature.

Derrick and Nebraska welcome the latter’s drag mother, Alaska, for a new session of their love it or hate it series, “ASMR Queens.”

And, as a “happy ending” for this week’s news, Eureka O’Hara has some sex tips for any body and shares some hookup stories on “Big Girl Problems.”

That’s it for this week and until we meet again, stay safe, stay healthy and say LOVE!