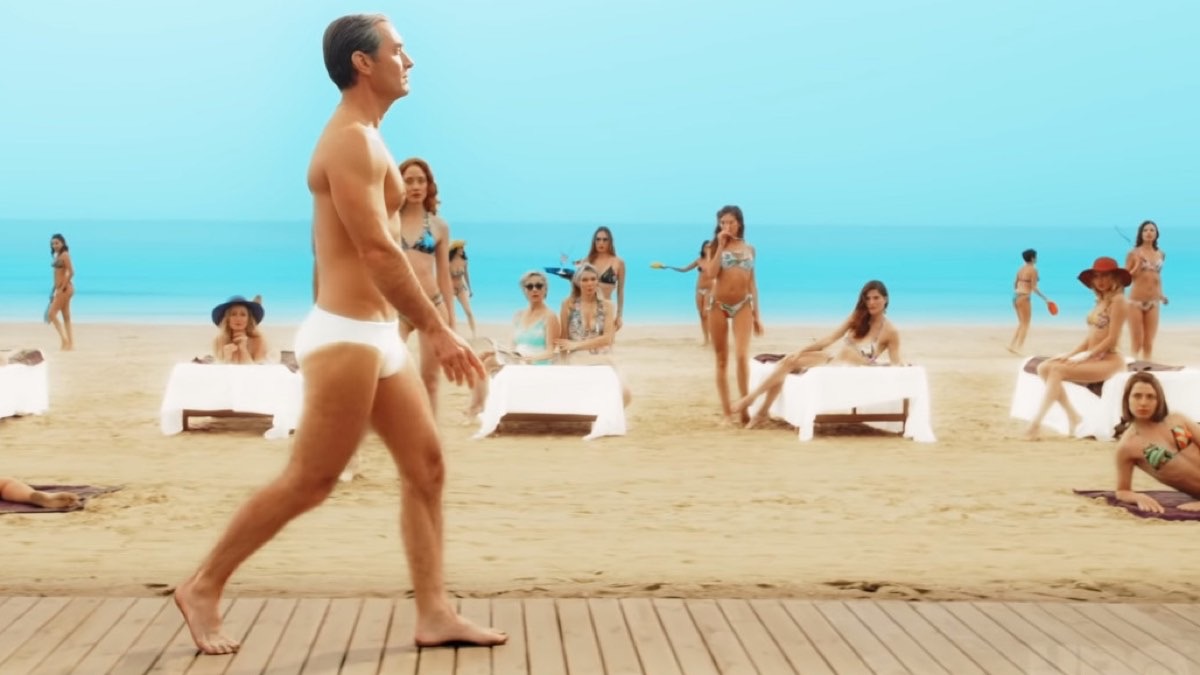 The trailer for The New Pope is finally here, featuring a stripped-down Jude Law, 46, strolling on a beach in a Speedo. Of course, Twitter is already popping with commentary about his package.

It appears to be the scene-stealing star of the second season of the Emmy-winning HBO/Sky Atlantic/Canal+ co-production The Young Pope which this season is titled The New Pope.

In the second season, Law reprises the role of Lenny Belardo, who becomes Pius XIII, the first American pope in history.

After Law’s character falls into a coma, the sophisticated John Brannox, played by Hollywood actor John Malkovich, is elected to the papal throne, taking the name John Paul III.

Two episodes out of the series’ nine screened at the festival, which runs until Saturday. A teaser trailer shows Law strolling down a beach wearing white swimwear and surrounded by women. He is mirrored by Malkovich, who walks through the Vatican in full papal garb.

“You’ll be surprised to know that those swimming trunks actually weren’t the smallest costume I got to wear,” Law told a news conference on Sunday (September 01, 2019).

Oprah Winfrey Says 60 Minutes Made Her Practice Saying Her Name, Thrilled to Be Off the Show

“There’s actually one scene where I was wearing a napkin. I have a photo of it because it was truly the smallest costume I was ever given.”

Watch the teaser trailer for The New Pope below.

Launch the gallery below to see photos of Jude Law walking the red carpet ahead of The New Pope screening during the 76th Venice Film Festival at Sala Grande on September 01, 2019 in Venice, Italy.