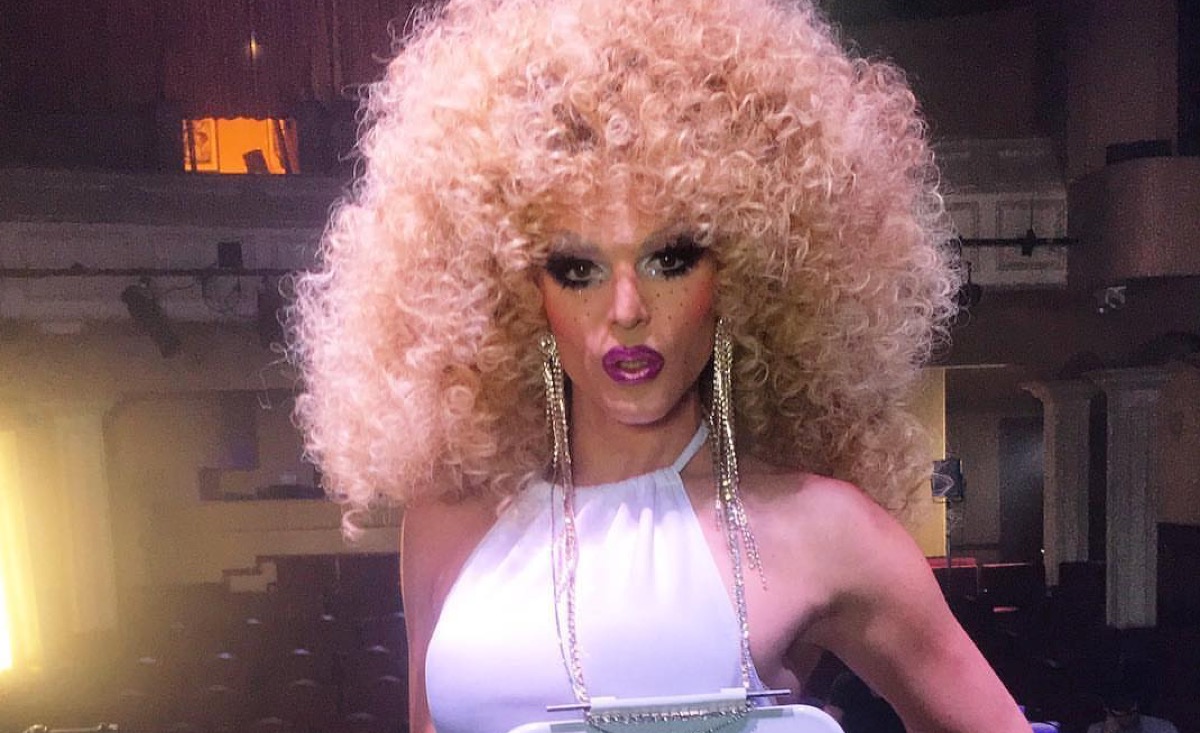 While he may never compete on RuPaul’s Drag Race All-Stars, Willam Belli certainly deserves the title. One of the hardest working queens in the biz, this outspoken performer has done it all. From acting in Nip/Tuck, Hurricane Bianca

and most recently, stealing scenes from Bradley Cooper and Lady Gaga in A Star is Born to recording music and letting YouTubers have it on his web series Beatdown, Willam truly defines what it is to be an all-star.

He can now add podcaster to his resume, as he and fellow RPDR alum Alaska bring us Race Chasers, which is described as “a podcast devoted to the discussion and dissection of every episode of RuPaul’s Drag Race starting from the very beginning.”

Each Wednesday, the queens recap the series and spill some behind-the-scenes tea. Willam took some time out of his busy schedule to talk about the series and what he’s been up to.

Socialite Life: What was the inspiration for Race Chasers?

Willam: Alaska and I listened to a Golden Girls podcast while leaving Burning Man because an Amber alert was issued so they shut down the exit and we had to wait for 7 hours. Turned out a 17-year-old girl was off fucking her boyfriend and the parents reported her missing. Good for her, I say. But, yeah. I got the idea from that podcast and decided that if RuPaul’s Drag Race wasn’t gonna pay us for repeat airings, I was gonna find a way to make some money offa them by talking about it.

SL: How did you come to choose Alaska as your co-host?

Willam: She’s the voice of reason and I’m the voice of treason. We complement each other well and she’s my favorite Ru-Girl other than Latrice Motherfuckin’ Royale.

SL: Has revisiting the show changed your feelings about working on it?

SL: Aside from your season (of course), which season are you most looking forward to giving the Race Chasers treatment?

Willam: I think season 9 had a lot of strong contenders but I’m also interested in 6 because that’s the one I saw the least of so far.

SL: Which season are you least looking forward to?

Willam: I dunno. Everyone says 7 is bad but I like having nice things to look at like Violet and Pearl and Fame.

SL: Are you going to take on the All-Stars seasons on the podcast?

SL: Have you managed to get a part in whatever they’re filming outside of where you’re recording?

Willam: Not yet. But I recently started watching How to Get Away with Murder and they use Boardner’s, the bar next store to my production center, a lot.

SL: You have a Race Chasers live show coming to LA in January. Do you have any plans to do more live shows?

Willam: As long as the donkey doesn’t die in the first show.

SL: Shangela said she auditioned for A Star is Born as a Marilyn Monroe impersonator. What did you do for your ASIB audition?

Willam: I did a dead Marilyn Monroe character and then a Barbra Streisand character. I sang and I improvised and read some scenes. It was fun.

SL: What was your experience like working on the movie?

Willam: It was the best professional experience of my life.

SL: Manila Luzon wore the “Jackson breastplate” for a Dolly Parton look for the video “Jolene”. Where is it now?

Willam: It’s in a drawer. I drew a reindeer on it and wore it to a Christmas party yesterday.

SL: You’ve appeared in a number of movies (and I loved you in Hurricane Bianca) and television shows. What has been your favorite experience?

SL: Your book Suck Less is amazing. What inspired you to write it?

Willam: Coaching Neil Patrick Harris in all things drag for his role in Hedwig was the genesis. He made some off handed comment like “you should write a book,” so I did. He gave me the best forward for it too. He’s hilarious and great at everything (as is his husband David).

SL: You have made a name for yourself in music. Is that something you always wanted to do?

Willam: I’m a comedian who uses music. Chris Hardwick is my idol in that sense. Tenacious D, Weird Al, people like that

SL: If you aren’t busy enough, you are also a viral video sensation with your Beatdown series. Has anyone ever taken offense at your critiques?

Willam: I’m sure they have. People come up to me and tell me they were on it and I can’t even remember. Then they get offended again that I forgot them.

SL: When do you sleep?

Willam: No one ever looks back on life and says, “damn I wish i slept more.” You only live once.

SL: Who do you think will win All-Stars 4?

SL: Is there anything else you’d like to promote?

Willam: My album Songs in the Key of Nope (available at www.willambelli.com/nope) and my YouTube channel which has had two new videos a week for the past year now going strong: www.youtube.com/noextrai.