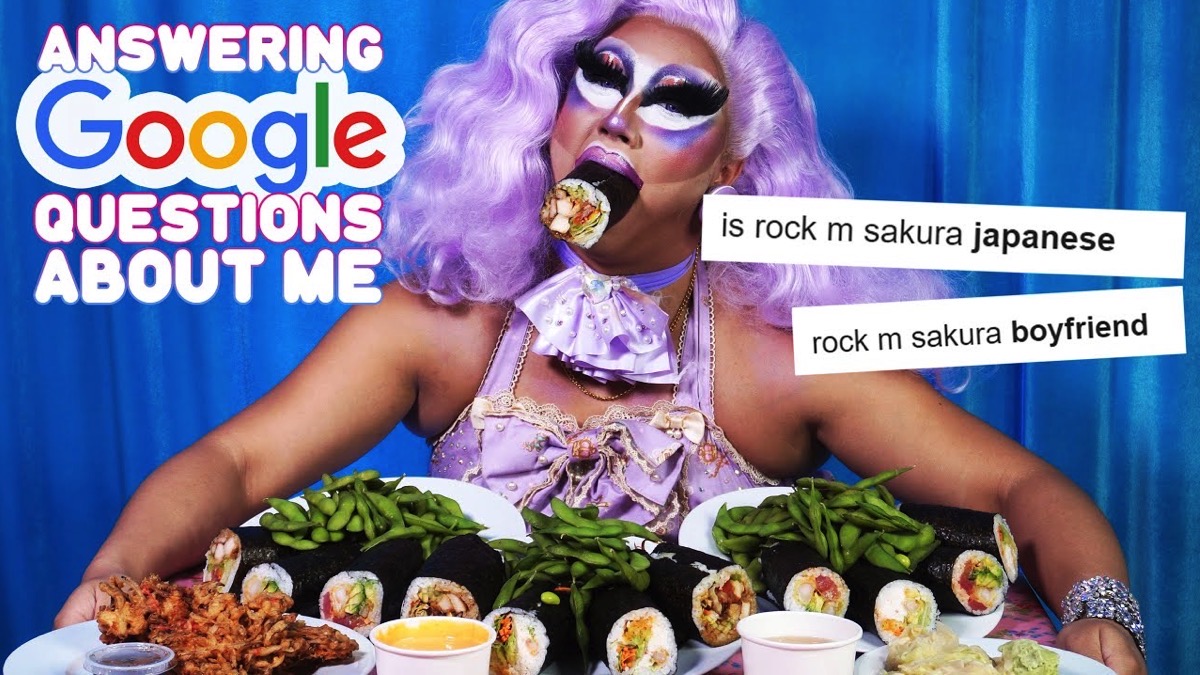 Hello, hello, hello and welcome to a slightly abbreviated version of The Week in Drag! We’ve got lots to please your peepers this week from your favorite queens.

If you can’t get enough of Trixie Mattel (and really, who can’t?), we’ve got a trio of videos featuring the “Skinny Legend” herself. We’ve also got a Ru-cap of episode two of Canada’s Drag Race and a makeover courtesy of Jaymes Mansfield. So, without further ado, let’s bring it to the runway!

Like most of us, Trixie and Katya are binging shows on Netflix. Unlike us, they talk about the shows in a hilarious YouTube series. The duo talk about Work It on the latest episode of “I Like to Watch.” They review the movie and talk about their college days, boners and dance battles.

Get more of Trixie and Katya with the highly anticipated return of “UNHhhh.” ON this episodes, they discuss all things movies. They talk about going to adult theaters, their most memorable moviegoing experiences and answer your burning questions.

Trixie and Trinity the Tuck recap episode 2 of Canada’s Drag Race and discuss Shea Couleé joining them in the All-Stars hall of fame on “The Pit Stop.” They cover the ballet-themed quick drag mini-challenge, the historical acting challenge and the recreations of their first drag looks on the runway.

Switching up from showcasing her own makeup skills, Trixie turns her attention to her MUA fans as she watches and reacts to videos of these talented artists recreating her iconic makeup look.

Jaymes Mansfield gives herself a new look using Kim Chi and Naomi Smalls’ 2 Queens, One Desert collaboration and talks LGBTQ cinema from The Boys in the Band to exploitation flicks and the evolution of gay characters in the 80s (and she reminded me how good Torch Song Trilogy is) and 90s movies like To Wong Foo. She also uses the bright palette to create a beautiful, Kim Chi-inspired look.

Sasha Velour gave us the gift that just keeps on giving, releasing the full performance of her “NightGowns FOREVER.” It’s a stunning show and definitely worth the watch.

We didn’t have enough time with the delightful Rock M Sakura on season 12 of Drag Race. Luckily, we have a chance to get to know more about her as she answers questions that people have Googled about her while eating some delicious looking sushi burritos in this “Tuck-bang” video.

Only Bob the Drag Queen and Monét X Change can make a show without a topic funny and entertaining. Check out the pair’s latest episode of their podcast “Sibling Rivalry.”

I am a total Coco Peru stan and have tuned in to every episode of her streaming “Casa Coco” shows. If you missed them, you can rent them on-demand. The show features songs and stories as well as interviews with the likes of Alison Janney, Sean Hayes, Bob the Drag Queen and Zachary Quinto. Check them out at Casa Coco live.

And that wraps up another week with the queens. Until we meet again, stay safe, stay healthy and say LOVE!