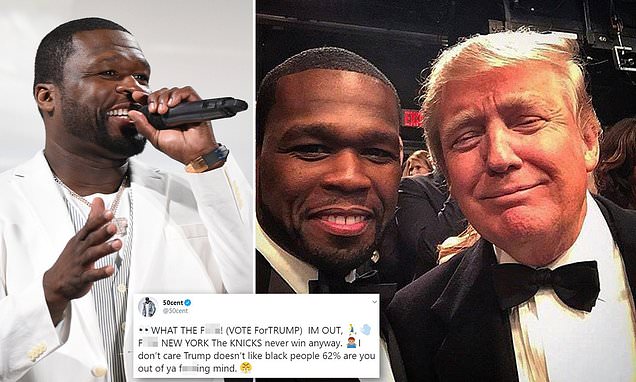 Rapper 50 Cent has endorsed Donald Trump for president because of his favorable tax policies for the rich – and said he doesn’t care if the Republican ‘doesn’t like black people’.

The 45-year-old tweeted a shot of the tax rates proposed by Democratic candidate Joe Biden and running mate Kamala Harris.

The Biden proposals could see those earning more than $400,000 a year hit with rates of 62.6 percent for those who live in California residents, and 62 percent for people who live in New York City.

Read the full article from The Daily Mail.