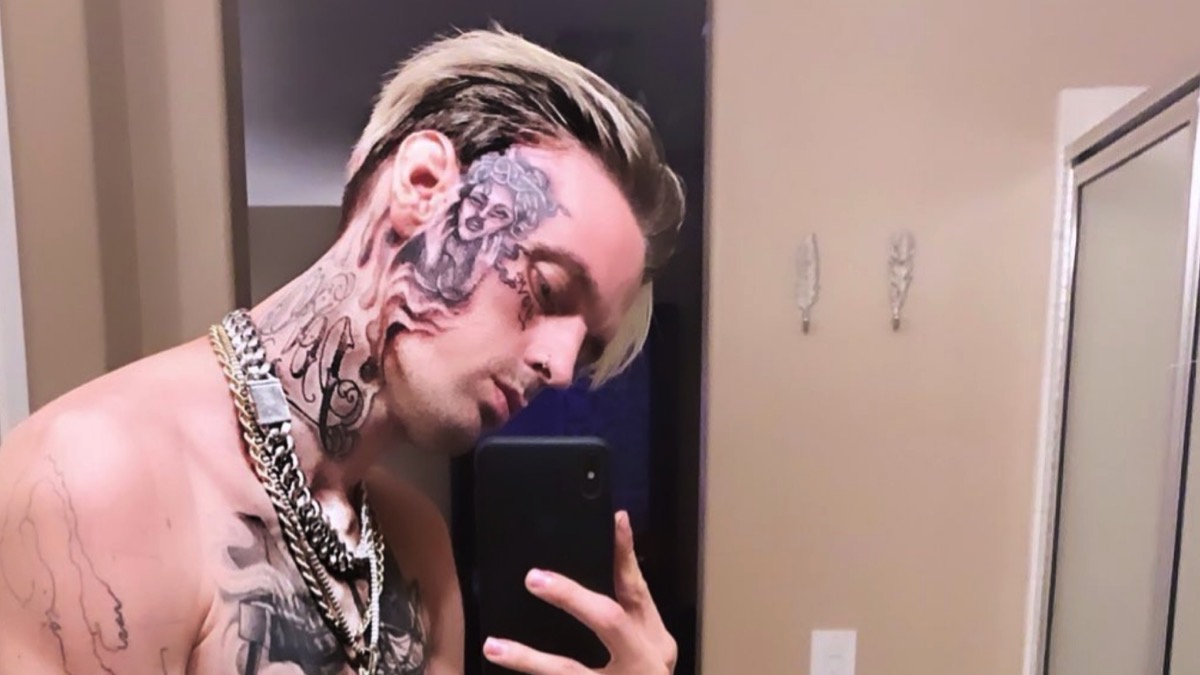 The 32-year-old shared the news in an Instagram post on Friday (his social media accounts are now private).

The tattoo-covered singer posted a mirror selfie that showed him lifting up his blue T-shirt and exposing his abs.

He announced in the caption: “It’s my first time! Check me out live tonight @camsoda 9pm PST #camsoda #cammodel.”

A rep for the adult website CamSoda told Page Six that Aaron will “eat bananas teasingly and peel some with his feet” during the show.

So what happened in his first live video? Metro UK reports:

During his first live broadcast, Aaron shot scenes in his shower as well as his bedroom, where he was at one point seen sitting on his bed naked, playing the guitar.

No word on if he actually “eat bananas teasingly and peel some with his feet” or masturbated.

Back in May, the singer’s fiancée made her debut on the same website.

A source previously told Page Six: “He originally wouldn’t allow her to have her computer.”

Endnotes: Angelina Jolie Reveals Her Advice for Her Daughters in Essay for Elle and More!