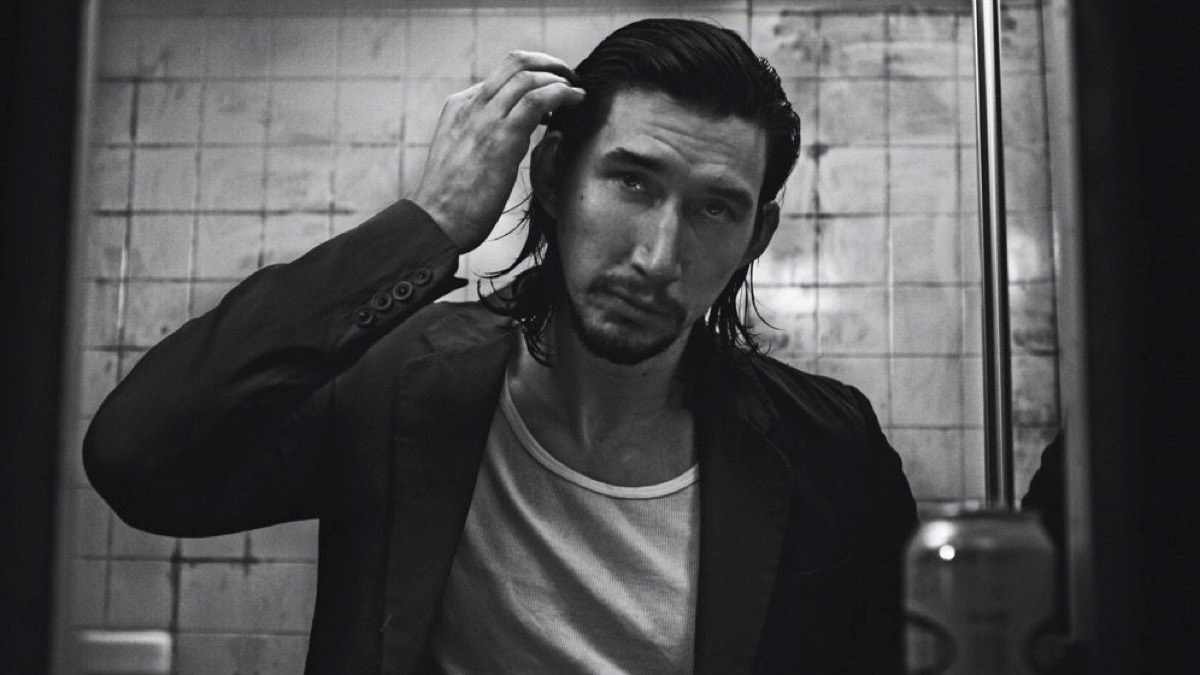 Adam Driver is interviewed by Noah Baumbach for Interview Magazine’s December/January issue and is also featured in an amazing portfolio shot by Steven Klein.

Here are some highlights from the interview:

On letting bad set days get to you:

BAUMBACH: I think that’s true of you, that you invest yourself very emotionally. And I’m not talking about process or inhabiting the character or anything. I mean, just the work of it—acting and rehearsing or whatever. I feel like it stays with you after. If you don’t feel good about something, you don’t shake it off easily. Would you say that’s true?

DRIVER: I definitely let it get to me if it doesn’t go well. But what I like about your sets is that we get so many chances to do it again and again. I love the idea of doing a lot of takes because there’s so many different ways that you can play scenes. And we have clear boundaries, where the script is the script, you know?

Since I came from a theater background, that made so much sense to me; that you thought a lot about these words and they’re very important. I mean, you don’t say this, but these are the words. These are the boundaries that you can play in. And the meaning of them is infinite. So I feel less anxious I guess when I leave your sets.

But oftentimes I leave a set and there are so many different ways to have played a scene that I think of later when I’m more relaxed and not distracted. I go through a mourning period, like, “Oh, God, we’ll never get to go back and do it again.”

BAUMBACH: I mean it as a compliment. I’m not saying you’re a depressive.

DRIVER: [laughs] Yeah, what the fuck?

Channing Tatum and Jessie J Are Back Together! See the Pics!

BAUMBACH: It must be cool to see all these kids dressed as Kylo Ren on Halloween.

DRIVER: Yeah. I was dropping my wife off outside our building and I saw this mom holding a lightsaber—like, my lightsaber— and scarily accurate. Like, life-size. And she was handling it like she’s handled it a million times.

She was juggling four kids who were all running in different directions, and she had three different bags and this lightsaber. Suddenly, the things that are great about this job came into full focus.

On working with Martin Scorsese for Silence:

BAUMBACH: I apologize for being general, but there are some directors where it begs a question, like, “What’s it like to work with Martin Scorsese?” It’s kind of the question to ask.

DRIVER: I guess it’s similar to what we were talking about with Jim [Jarmusch]. They both came up in times where it was a group of people trying to figure it out together—a bunch of friends. As directors, they just know how to talk to actors, and they have a better sense of what everybody’s job is on set.

They’re used to everybody being in the room figuring it out. We were talking about rebellion; that’s especially relevant when it comes to Scorsese. You expect to go there and your impulse is to be, “Tell me what to do, and I’ll do it.”

He doesn’t want you to do that. He hires you for your ideas and wants you to take ownership of it. It’s really inspiring to work with someone who’s accomplished so much and is the tip of the pyramid and is still turning to you and wants your ideas and opinions.

On losing weight for his role in Silence:

DRIVER: [Scorsese] asked us to lose weight. When the movie begins, the characters have been traveling for two years, from Portugal to Macau, sailed around Africa. There’s disease and shortage of food. They’re already kind of depleted when they get to Macau before their last leg to Japan.

There’s a lot of storytelling happening off-camera. When we come in, the stakes are already so high, and then we continue to lose weight. He wanted to see that physically. He asked us to lose a lot of weight. I didn’t know how much that was going to be. And, I can’t control what’s happening in scenes, but I could control when I ate food. And that visual part of the storytelling, I don’t think I’ve ever taken it to the extreme before. It’s an interesting thing.

You can read the full interview here!

Amanda Bynes Is Engaged! Shows Off Ring on Instagram