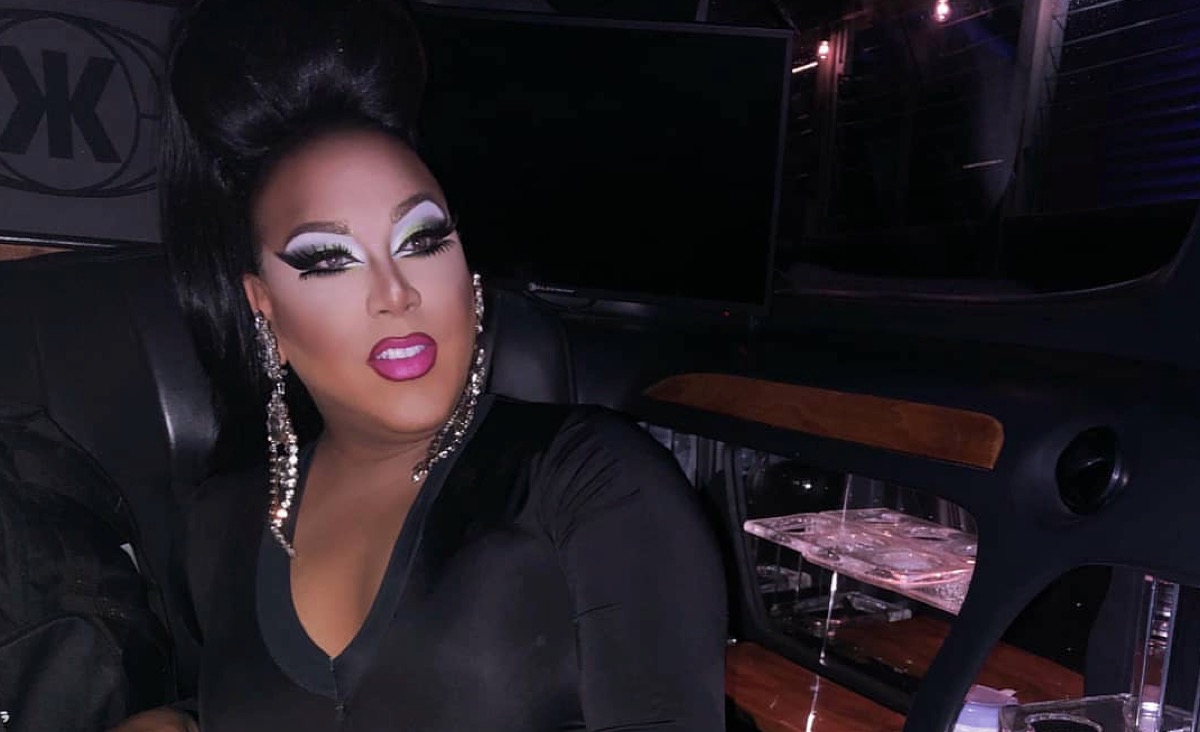 With the premiere of the third season of the runaway hit RuPaul’s Drag Race only weeks away, we want you to get to know a little more about the dynamic divas fighting for the crown of “America’s Next Drag Superstar”. To kick things off, we introduce you to the fiery (and fierce, of course) Alexis Mateo. This Sunshine State stunner and Puerto Rican transplant took some time to talk to us about his influences, style and the surprising place where he picked up a lot of the skills that have made him a Florida favorite!

Socialite Life: Hi Alexis! How are you?
Alexis Mateo: I am great! It’s cold in Florida, but it’s cute!

SL: Now I know you are from Puerto Rico, when did you move to the US?
Alexis: I moved here in 2001, and it wasn’t until 2006 that I started performing.

SL: How did you get started performing?
Alexis: It’s complicated, girl! (Laughs) I moved to Orlando because I wanted to be part of Walt Disney (World) entertainment and you know how we are – one day all of my roommates wanted to try this talent show, and we dressed up for the first time for this talent show and I won and everyone was like “You should take this seriously!” (Sigh)…and here I am!

SL: Did you work with Disney?
Alexis: Yes, I worked with Disney for five years and it was great. I was a character at Disney and I became a dancer after my first year. It was fun. I love Disney, Disney is everything for me. I’m still with Disney – I’m a seasonal (part-time) cast member there.

SL: Is drag your full-time job now?
Alexis: Yes, yes it is.

SL: What do you enjoy most about performing?
Alexis: That’s interesting (laughs)! It’s all about you and the rest is partying, girl! And that’s why I love it so much! At Disney, I’m a background dancer, normally in parades or something – I always do The Lion King and shows like that. I love drag because it gives me the chance to be myself and be the main attraction.

SL: How would you describe Alexis?
Alexis: Alexis is crazy, gorgeous, classy, sassy and you know, she can go get ‘em sometimes, but it’s always fun. You’ll always have a great time with Alexis.

SL: Who inspires you as a performer?
Alexis: A lot of things I’ve seen in my life inspire me. I take something from everybody and put it into me and it becomes the person that I am. Alicia Markstone is one of my idols here in Orlando and my best friend Coco Montrese (Miss Gay America 2010) has always inspired me. Out of the drag scene, I live for Beyonce – sometimes I think I’m Beyonce! She’s one of my favorite idols on TV and I always love her music and everything, so I always take everything from her style and dancing, performing and everything. That’s my idols.

SL: Do you sing?
Alexis: Sometimes, girl, in the shower – like everybody else- or when I’m on a trip in the car. I do my own concerts when I’m driving around.

SL: I was just wondering because a lot of queens this season were boasting that they sing live now and I was just curious.
Alexis: Oh, no girl! I keep it serious and I keep it professional. I’m not a singer. I can do my makeup good but I cannot sing well! I mean, I can try, but I’m not a recording artist (laughs).

SL: When you got the call to be on Drag Race, what was your first reaction?
Alexis: I passed out. I freaked out. I cried – and then I called back again to make sure it was true. And then I again cried, freaked out, sweated and got nervous. All of the above at the same time (laughs)!

SL: Had you tried out before?
Alexis: I did, I actually followed from the beginning of the idea of RuPaul…before season one, I was following very closely. I did audition for the first season and then I did it for season two and I did it for season three. I was like “I’m going to continue until I make it” – and I did!

SL: I read that you sew and do makeup and hair. Were you formally trained in any of these, or did you just pick up these skills up along the way?
Alexis: No, that’s all that I learned on my way here. At Disney, they actually teach you some stuff, but they don’t train you in it. When you’re a character at Disney, you have to know all of this for parades and such. By this time, everything I know (about that) is everything I have picked up on the way here.

SL: When you got to the show and saw another Puerto Rican queen there (Yara Sofia), did you feel any special competition?
Alexis: No. I was mad at first – I wanted to be the only Puerto Rican! I tried to plan how to make her “disappear” from the show but I was like, no, because I could see myself in jail so let’s just keep her near to you (laughs). And I became friends – we’re really good friends now. I love Yara Sofia and it was funny because my town in Puerto Rico and her town in are so close together and my house and her house are so close – from her house to my house is only five minutes – and I have never met her in Puerto Rico. It was so weird! I was like, “Are you sure you lived there?” And she’s like, “Yes”. It’s so weird. And Puerto Rico is so small, everybody knows each other and it was like “Oh my gosh!  Cool beans! Fun times…I was excited to see her there.

SL: There’s such a diverse cast this season. What was it like working with such a wide variety of queens with such different styles?
Alexis: (Laughs) Girl, it’s horrible (laughs)! It was fun to meet everybody. It was horrible to try to compete with everybody. The girls are amazing in different ways and you never know who’s the best just because everybody is so different and unique that it actually makes you work harder and it makes you sweat a lot. It’s a horrible feeling inside because you know it’s a competition, but at the same time, it’s wonderful to see that everybody else has a different idea about something.

SL: Did you enjoy working with RuPaul?
Alexis: I love RuPaul. RuPaul was a big name for me because in Puerto Rico you don’t see a lot of drag stuff – there’s not much of a gay scene. But, because RuPaul was in videos and music and all of that, that was the only drag that I could see and to have him in front of me was an amazing experience – just to see him “He’s in front of me!” and I thought I would pass out or something. But it was wonderful to work with him because he is a really nice person and he actually talked to us like we’re human beings. It was fun times. I don’t regret anything because I got to meet RuPaul (laughs)!

SL: When you do drag, what is the one thing you can’t be without?
Alexis: Oh my gosh, my thing is ponytails! You know, I can do my makeup and I can be completely dressed up, but if I don’t have my hair on I don’t feel complete! And I am a fan of ponytails. I love to have ponytails. I love moving them around. Everything that has to do with ponytails and hairpieces is my favorite stuff. I don’t wear full wigs, all I do in my hair is pieces. If I don’t have my hair, I’m not complete, so that’s my favorite part. No facial hair though (laughs)!

SL: How can your fans find you? Do you have a Facebook, Twitter, etc.?
Alexis: Yes, you can find all of that at my website, AlexisMateo.com.

Check out Alexis – and all of this season’s fabulous queens – when season three of RuPaul’s Drag Race premieres on Monday, January 24th on Logo! And make sure to visit Socialite Life every day to meet all of the queens competing to be “America’s Next Drag Superstar”.