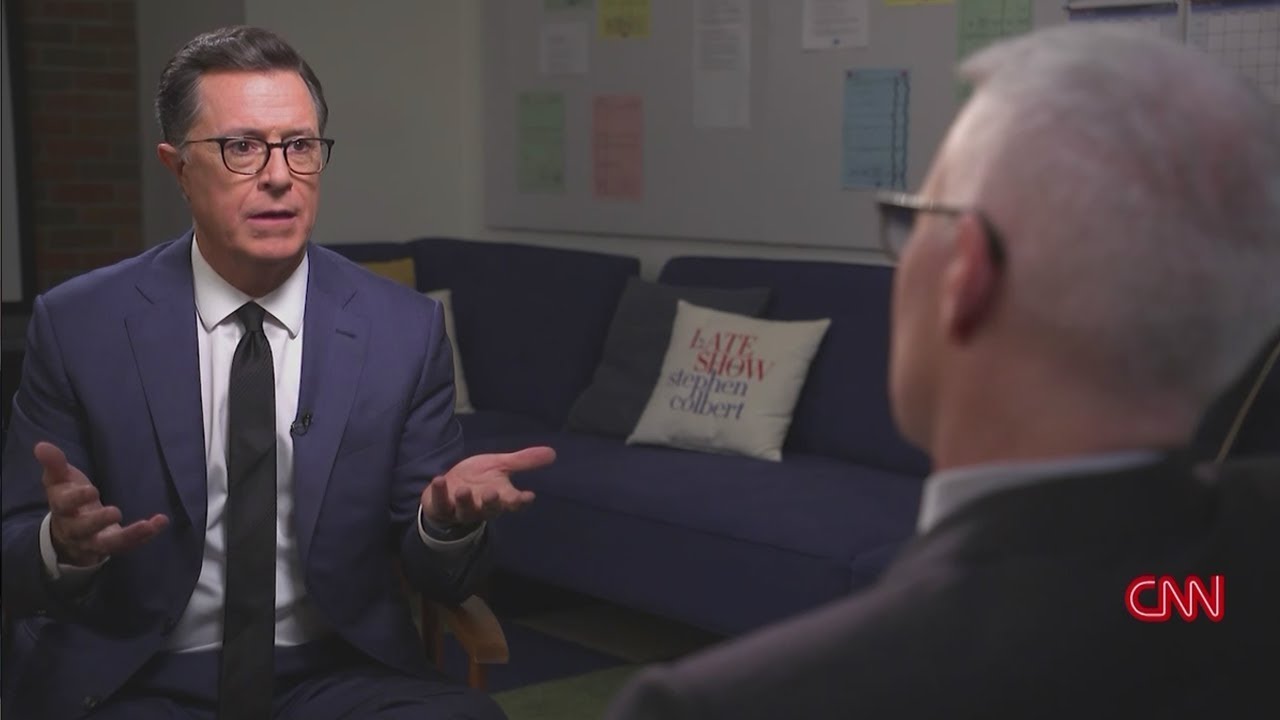 Anderson Cooper broke down and was briefly moved to tears during a poignant discussion about grief and suffering with Late Show host and devout Catholic Stephen Colbert.

The pair enjoyed a famously close relationship and Cooper offered up a moving memorial to her on his show just days after she died.

During his wide-ranging and surprisingly philosophical hour-long interview with Colbert, the CNN host at one point noted that Colbert wrote him a letter after his mother passed away, which said: “I hope you find peace in your grief.”

Colbert, who was the youngest of 11 children, tragically lost his father and brothers in a plane crash at the age of 10.

On the subject of consoling someone that’s experienced loss, Colbert made two suggestions, “One is to say: I’m sorry for your loss, which is a perfectly lovely thing to do. But if you can share your experience, then they’re not alone.”

The grief and loss discussion was personal for Anderson because he too lost his father, Wyatt Cooper, at the same age Colbert lost his father. Then years later, Anderson tragically lost his brother, Carter Cooper, to suicide. And his mother, Gloria Vanderbilt, died this summer.

“You told an interviewer that you have learned to, in your words, ‘love the thing that I most wish had not happened,’” Cooper said, as prelude to a question. But before he could go on, Cooper paused, clearly overwhelmed with emotion for a moment. “You went on to say,” Cooper continued, looking down at his notes, his voice cracking, “what punishments of God are not gifts. Do you really believe that?” Raising his head to look at Colbert, his eyes were clearly welling up with tears.

Colbert, sensing the fragility of the moment, kept his gaze turned aside for a moment before looking at Cooper and offering a beatific smile and saying: “Yes.”

“It’s a gift to exist. It’s a gift to exist,” Colbert said, slightly changing his emphasis in the retelling. “And with existence comes suffering. There is no escaping that. I guess I’m either a Catholic or a Buddhist when I say those things.” This elicited a slight chuckle from Cooper.

“It doesn’t mean you’re happy about it,” Cooper interjected.

“I don’t want it to have happened, I want it to not have happened, but…” Colbert said, taking a long, deep breath. “If you are grateful for your life, which sit a positive thing to do. Not everybody is, and I’m not always. But it is the most positive thing to do. Then you have to be grateful for all of it. You can’t pick and choose what you’re grateful for. And then, so what do you get from loss? You get awareness of other people’s loss, which allows to you connect with that other person, which allows you to love more deeply and to understand what it is like to be a human being if it is true that all humans suffer.”