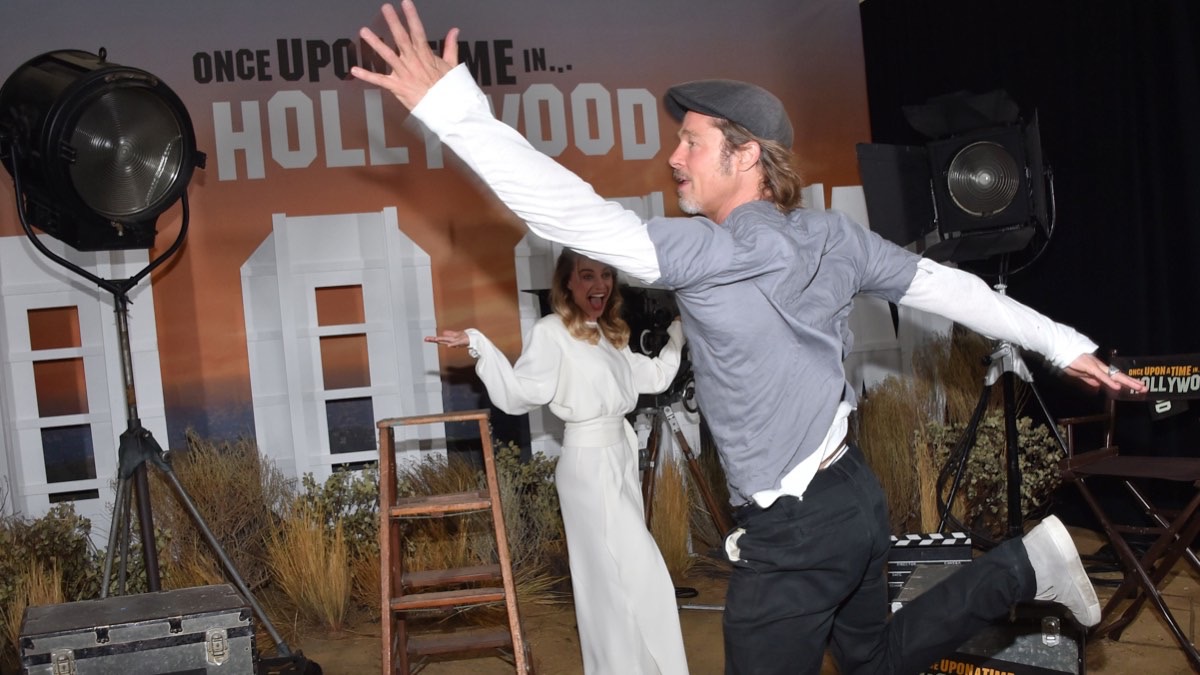 Want to see Brad Pitt having some fun with Margot Robbie? During a Once Upon A Time In Hollywood photocall, Pitt dramatically jumped in front of Robbie’s shot and Margot seemed to be tickled by it.

While Robbie struck a pose for cameras Pitt, 55, decided to break the ice by dramatically leaping in front of her, ruining the shot, much to his Aussie co-star’s delight.

The pair, along with Leonardo DiCaprio and director Quentin Tarantino, was participating in a press day at the Four Seasons Hotel in Beverly Hills to promote their new film when Pitt’s mischievous side came to the fore. Seeing an opportunity to surprise Robbie, he leaped into the action and the photos are brilliant.

Check out Brad Pitt’s antics in the gallery below.

Usher is taking some legal action of his own against one of the people accusing him of giving them herpes. During a recent deposition in the case of Usher being sued for allegedly being fast and loose with his peen-maintenance–one of Usher’s accusers refused to answer questions and now Usher is saying she needs to be fined and he can come to collect the $2,500 he’s owed at the court’s earliest convenience. — Dlisted

The Royals were everywhere this week. See what they were all up to. — Go Fug Yourself

Jimmy Kimmel gives Megan Rapinoe and Alex Morgan the White House experience they were denied. This is pretty amazing. — Towleroad

Instagram influencers are going to a toxic lake in Russia because it’s really blue. — Celebitchy

Remember this blast from the past? “Take Your Mama” by Scissor Sisters? — Kenneth in the 212

Netflix announced plans for a second season of Mindhunter almost two years ago, and now it finally has a release date. David Fincher has confirmed through The Treatment podcast that season two of the crime series will premiere August 16th. He didn’t divulge details of the plot, but it’s believed to take place roughly two years after the first and focus on the Atlanta child murders.

A lot has happened between the renewal and season two. Fincher has committed to Netflix in a significant way between work on Love, Death & Robots and Mank, his just-unveiled movie about the creation of Citizen Kane. Mindhunter is no longer as much of a rarity as it was two years ago — even if it’s still likely to stand out in a packed lineup.