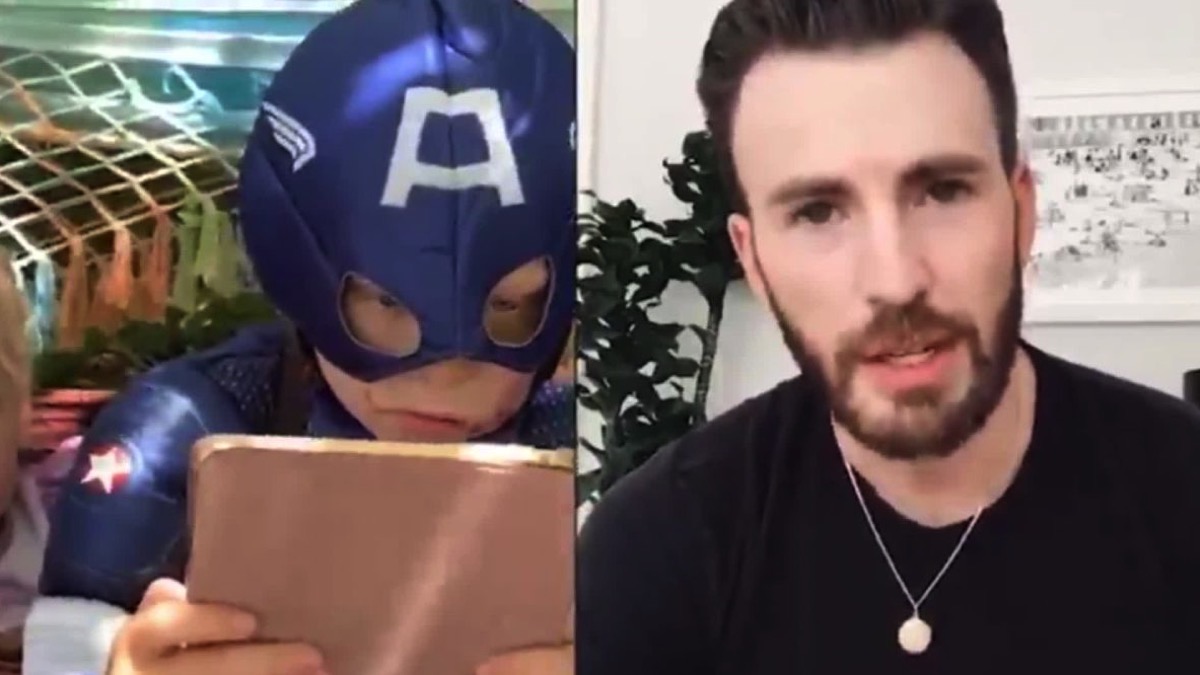 After a heroic little boy named Bridger Walker saved his little sister from a dog attack, another hero reached out to the 6-year-old with a sweet video message.

“I read your story and saw what you did. Now, I’m sure you’ve heard a lot of this over the last couple days, but let me be the next one to tell you, pal, you’re a hero,” said Avengers star Chris Evans in a video message. The video was shared on July 15 by Bridger’s aunt, Nicole Noel Walker, on Instagram.

“What you did was so brave, so selfless — your sister is so lucky to have you as a big brother. Your parents must be so proud of you,” Evans said, who added that he was going to send the boy an “authentic Captain America shield because pal, you deserve it.“

Read the full story at Variety.

Johnny Depp’s former partners Winona Ryder and Vanessa Paradis have described the allegations of domestic violence made against him by his former wife Amber Heard as “impossible to believe”.

The pair said the allegations were “horrific” and “outrageous” and said Depp was “never violent or abusive” to them.

They were due to give evidence in support of the 57-year-old’s libel claim against the publisher of The Sun this week, but neither were called to give evidence at the High Court case against News Group Newspapers (NGN) over alleviations he was a “wife beater”.

Their witness statements were released to the media on Thursday, the eighth day of the trial at the Royal Courts of Justice in London.

Ryder, who starred with Depp in the film Edward Scissorhands, said her experience with the Pirates of the Caribbean actor was “wildly different” to the one depicted by Heard, 34. She said she found the “horrific” allegations “impossible to believe”.

■ Another one bites the dust? The Aaron Rodgers and Danica Patrick breakup rumors are running wild! (Just Jared)

■ It looks as if Rob Kardashian may be making a triumphant return to Keeping Up With the Kardashians! (Us Weekly)

■ Angelina Jolie is going to be jealous! Take a look at this sea creature with the luscious lips. (OMG BLOG)

■ Could Scott Disick and Sofia Richie be back together? Rumor has it that they’re taking things slow. (Daily Mail)

■ Is anyone interested in seeing Joe Exotic‘s penis pump? If so, you’re in luck. There will soon be a museum for that. (NME)

Breaking news! Henry Cavill has put together a gaming PC! Alert the masses. Actually, please do. Cavill, famously known as both Superman and The Witcher, is an avid gamer, and evidently knows how to create a thirst trap. Set to a Barry White soundtrack, five and a half minutes of someone putting together a gaming PC has never looked so good.