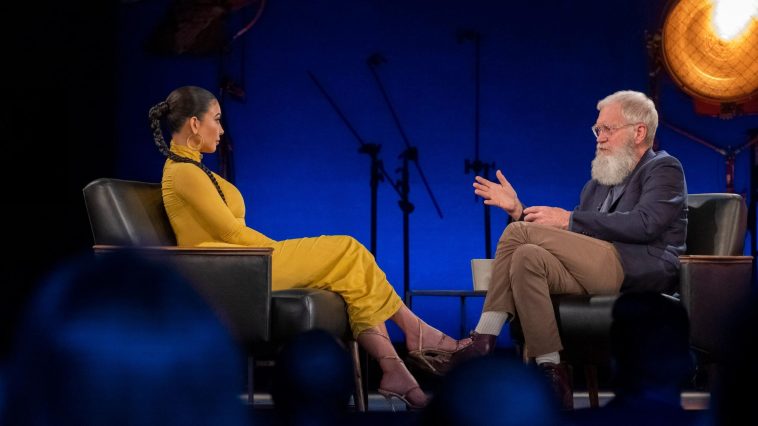 David Letterman knows how to make a splash. Over three seasons of his Netflix interview series My Next Guest Needs No Introduction—the most recent of which drops this Wednesday—the former Late Show host landed a majorly famous guest for each premiere episode.

First came former President Barack Obama in early 2018, giving his most in-depth on-camera interview since leaving office to the long-bearded Letterman. Last year, season two opened with a fiery sit-down with Kanye West, who both said he felt “bullied” by liberals for supporting Trump and admitted that he had never voted in his life. “Then you don’t have a say in this,” Letterman shot back to cheers from a crowd that included the rapper’s wife Kim Kardashian West.

Now, it’s that reality show star-turned-fashion mogul’s turn to join Letterman on stage for yet another fascinating conversation to open season three.

Read the full article from The Daily Beast.

LOL! Kirstie Alley says she’s voting for Trump ‘because he’s not a politician’