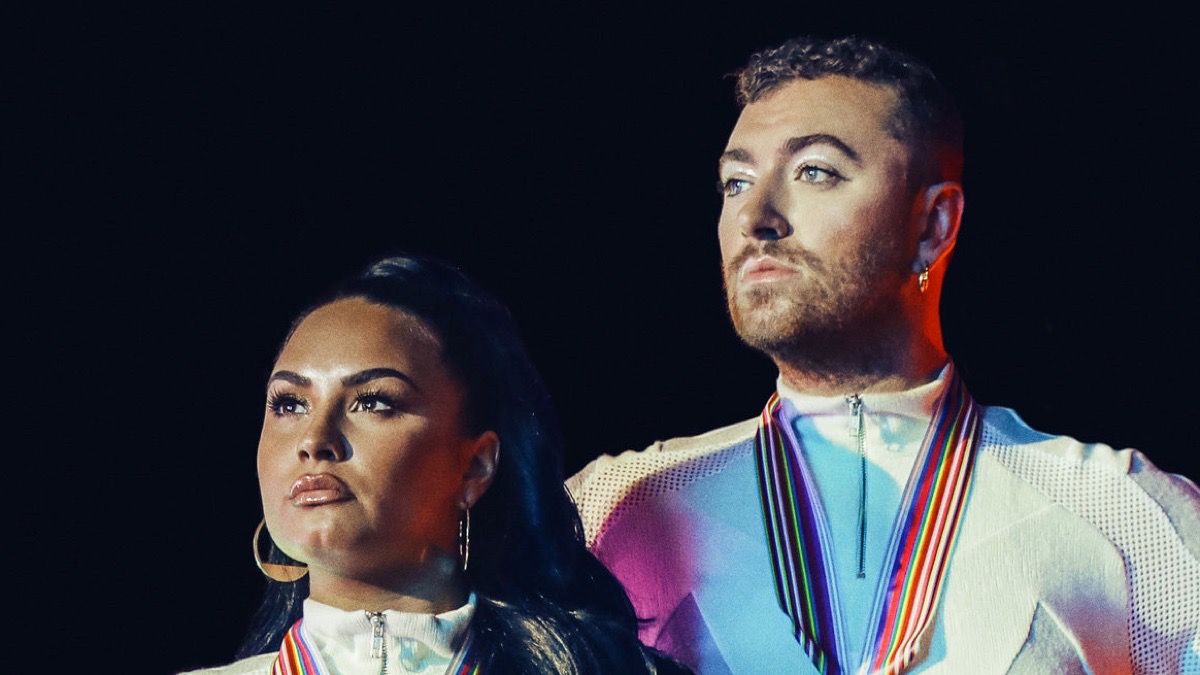 2020 is becoming one of Demi Lovato’s better years in music. It began with an emotional performance of her new song, “Anyone,” at the 62nd Grammy Awards in January, followed by a soaring rendition of the national anthem at Super Bowl 54.

A month later, she shared her second single of the year, “I Love Me,” a song that came attached with a video centered on self-appreciation.

Showcasing their own edition of the Olympic games, as the 2020 Olympics were postponed until next year, Demi and Sam participate in a wide array of games, including wrestling, track and field, and diving.

At video’s start, Sam Smith is found in the middle of a wrestling match before hitting the track for a literal drag race. Over at a pool, Demi Lovato sings her verse while walking on a diving board as nearby divers dive off with their best form into the water.

The song incorporates a fun, synth-pop flair with dynamic vocals to create an anthemic musical declaration that both artists are ready to find love and, more importantly, to be loved by someone who appreciates them.

The single also comes a couple of weeks after Demi Lovato gave a quarantine style performance of “I Love Me” on The Tonight Show Starring Jimmy Fallon.

YouTube Star NikkieTutorials Comes Out as Trans to Thwart Blackmailers

Smith’s third album was originally titled To Die For and slated for June 5th release. On March 30th, the singer announced that they have decided to rename the LP and postpone it due to the coronavirus pandemic.

They stressed in a message to their fans that the album would still arrive this year but have yet to announce a new title.

Watch the music video for Demi Lovato and Sam Smith’s “I’m Ready” below.