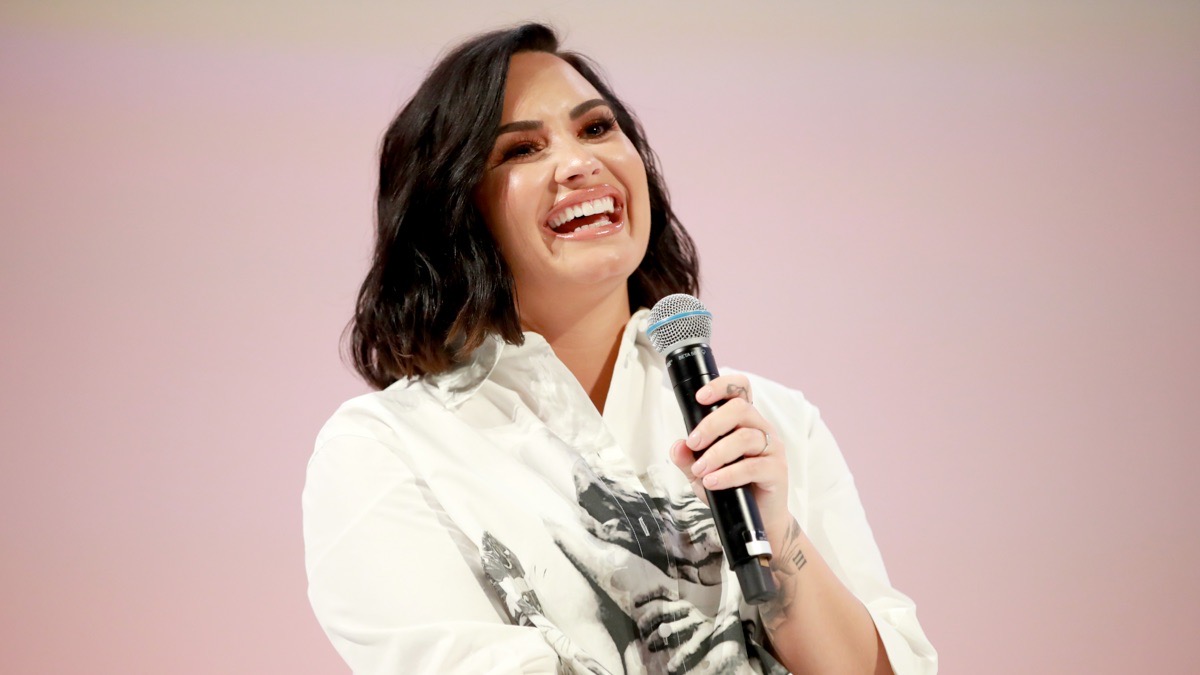 A year after being hospitalized for a drug overdose, Demi Lovato has broken her silence and spoken out in her struggles with addiction.

In her candid interview, Demi discussed her journey towards self-love, finding herself and working on new creative projects after her health scares.

“I’ve changed a lot. I’ve gone through a lot,” Demi said after admitting she felt “a little nervous” to speak at her “first public thing” since she was admitted to hospital for an apparent drug overdose in July of last year.

Demi was hospitalized on July 24, 2018, after suffering an apparent heroin overdose. She was found unconscious in her Hollywood Hills home after suffering with substance abuse for many years.

“What a lot of people don’t realize is that I’m actually an extremely sensitive person,” Lovato said at the summit on Saturday. “I am human, so be easy on me. And I’m so tired of pretending like I’m not human. That’s one thing that I won’t do anymore. When you say stuff, it affects me. I’m human. I try not to look, but I see it.”

However, Demi says she has “overcome a lot” in the last year and continues to fight, “no matter [what] challenges are thrown [her] way.”

Throughout her speech, she admitted that she’s made some mistakes in her life, but is working hard on her musical and acting comebacks.

“Everyone’s so quick to cancel everybody and I’m really really tired of it, to be honest. People just make mistakes,” the 27-year-old said, according to Teen Vogue.

Lovato discussed how her struggles with addiction and public breakdown have outshined her music and acting success, and how she wants to be remembered for her achievements, rather than her struggles.

“I think that a lot of the things I’ve been through kind of outshined my successes in the music industry or acting now. I just want people to remember that that’s what I want to give to the world so please focus on that and not the other things.”

Speaking of the biggest lesson she’s learned in the last year, Demi said “life is not worth living unless you’re living it for yourself.”

But it appears Demi’s turbulent year has helped get the creative juices flowing, with the 27-year-old sharing some insight into a number of upcoming projects she’s involved in.

Although she admitted that she’s “taking [her] time with things,” fans can expect new music soon, as well as acting appearances in the upcoming Eurovision film and a cameo in an episode of Will & Grace.