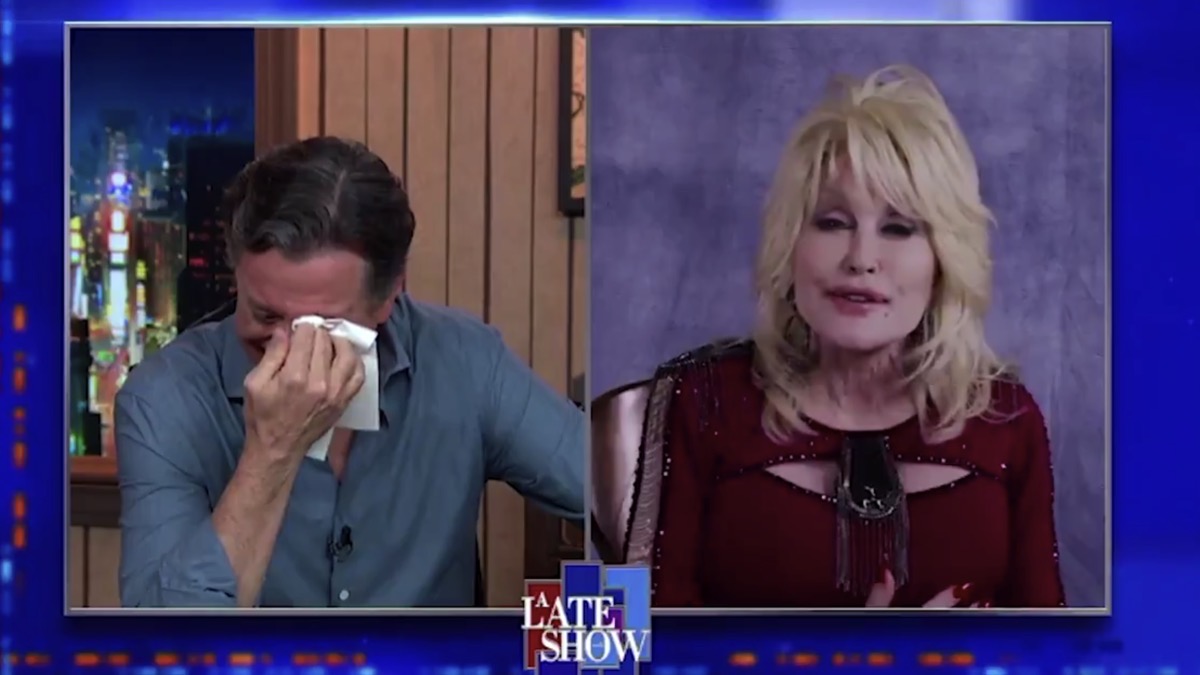 Last night (October 20, 2020), the legend that is Dolly Parton appeared on The Late Show With Stephen Colbert where the country music superstar moved Stephen Colbert to tears. It was the kind of cry that we all could use right now — one that cleans the soul.

Parton was promoting her new book, Songteller, and her new album, Holly Dolly Christmas, when she began to reminisce about how her mom used to sing around the house. She then broke into song, singing “Bury Me Beneath the Willows,” and that performance pushed Colbert over the edge.

At first you could see him telling someone offscreen that he had goosebumps. The next time it cut back to him, Colbert was wiping tears from his eyes. When Parton stopped singing, she said, “So I better hush before you cry yourself to death and we can’t finish the show.”

“Like a lot of Americans, I’m under a lot of stress right now, Dolly,” Colbert replied, laughing as he continued to wipe away tears. “And, uh, you got under my tripwire right there, I’ll tell you right there…that was pretty beautiful.”

“Isn’t it funny that sometimes there’s nothing happier than a cry?” Colbert asked. “Yeah, I think it cleanses your soul,” Parton answered. “I think water’s good to wash it out. That’s what tears are for, I think.”