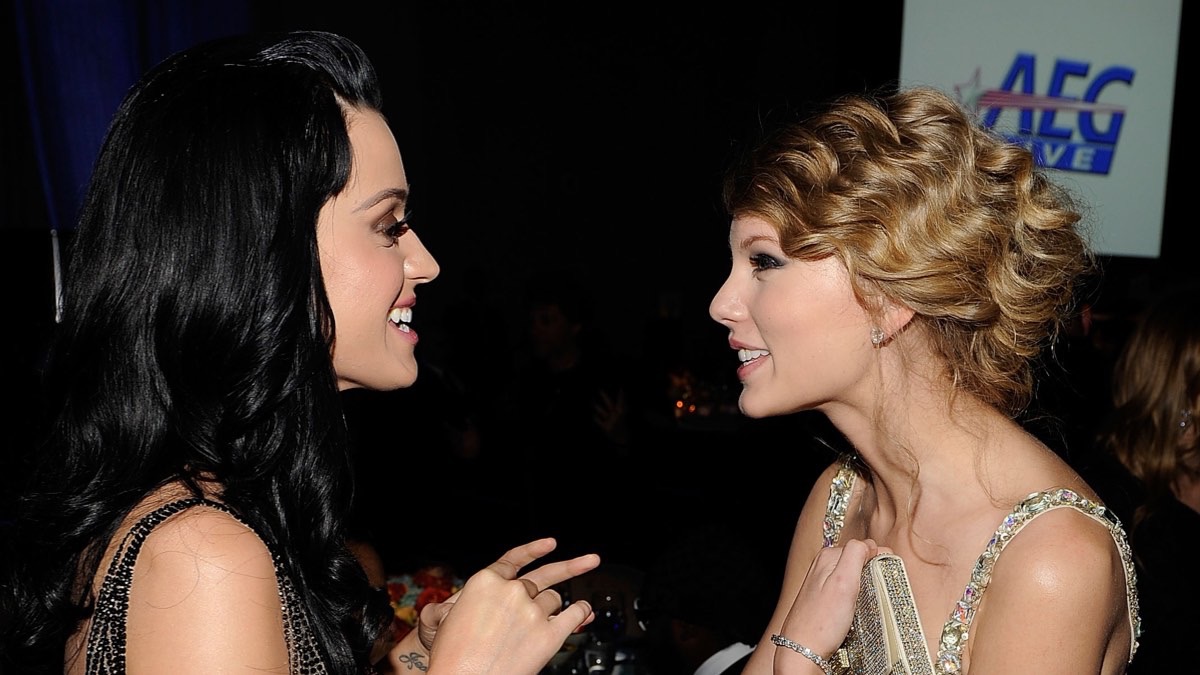 In an interview with Australian radio hosts Kyle and Jackie O, Katy Perry detailed how she and Taylor Swift finally managed to end their yearslong feud.

“It kind of was a process. I sent her a literal olive branch and a note apologizing for my part in all of it when she started her Reputation tour. I just thought she was about to embark on something new and big and needed the support,” Perry explained.

“As I was finishing mine, I realized how much we have in common, and maybe there’s only five other people in the world that can have the same type of conversations and understand where we’re coming from and that we should celebrate our commonality and our friendship and be able to be there for each other.”

“We started talking a little bit and trusting each other because it’s about trusting, and she got my number and we started texting,” Perry continued.

“… She invited me over to her house and she made me some cookies. She actually makes those cookies and they are actually so delicious. … I think that both her and I, we have influenced young people and especially young girls who are in this type of situation day in day out at school…going through this similar type of thing.”

Kirsten Dunst stars in the dark comedy series, On Becoming a God in Central Florida, as Krystal Stubbs, a minimum-wage water park employee who lies, schemes and cons her way up the ranks of the cultish, multibillion-dollar pyramid scheme that drove her family to ruin in the first place! – OMG BLOG

Missy Elliot covers Marie Claire and give a fantastic interview. Click through for the highlights. — Go Fug Yourself

Shawn Mendes and Camila Cabello are together 24/7 now! — Celebitchy

Remember this one? “Ooh to Be Ah” by Kajagoogoo? Take a trip back in time. — Kenneth in the 212

Over the last few days, there has been talk that Nipsey Hussle was being investigated by the LAPD for gang activity. — Evil Beet Gossip

Recording artist Ricky Martin said on Tuesday night that he’ll be heading to Puerto Rico on Wednesday to join what looks to be a massive protest calling for the resignation of Governor Ricardo Rossello after conversations leaked from a private chat group administrated by Rossello revealing misogynistic, homophobic, and profane comments, some of which mentioned Martin. — Towleroad

The criminal charges against Kevin Spacey, accused of groping an 18-year-old man at a Nantucket, Mass., bar in 2016, have been dropped, prosecutors announced Wednesday. – NY Daily News

Appearing right on time during the week of the 50th anniversary of the Apollo 11 moon landing, here’s the first trailer for Snoopy in Space, an educational Peanuts show made exclusively for the upcoming Apple TV+ streaming service.

Snoopy in Space “follows Snoopy as his dreams of being an astronaut become a reality when he and Woodstock tag along with the Peanuts gang on a field trip to NASA and are chosen for an elite mission into space.

As Snoopy and Woodstock fulfill their dreams of astronaut training and space travel, Charlie Brown and the gang assist their friends from mission control.”

Read more on the series at The Verge.

Ready for a giggle? Check out this guy singing and dancing to Reggaeton in public.