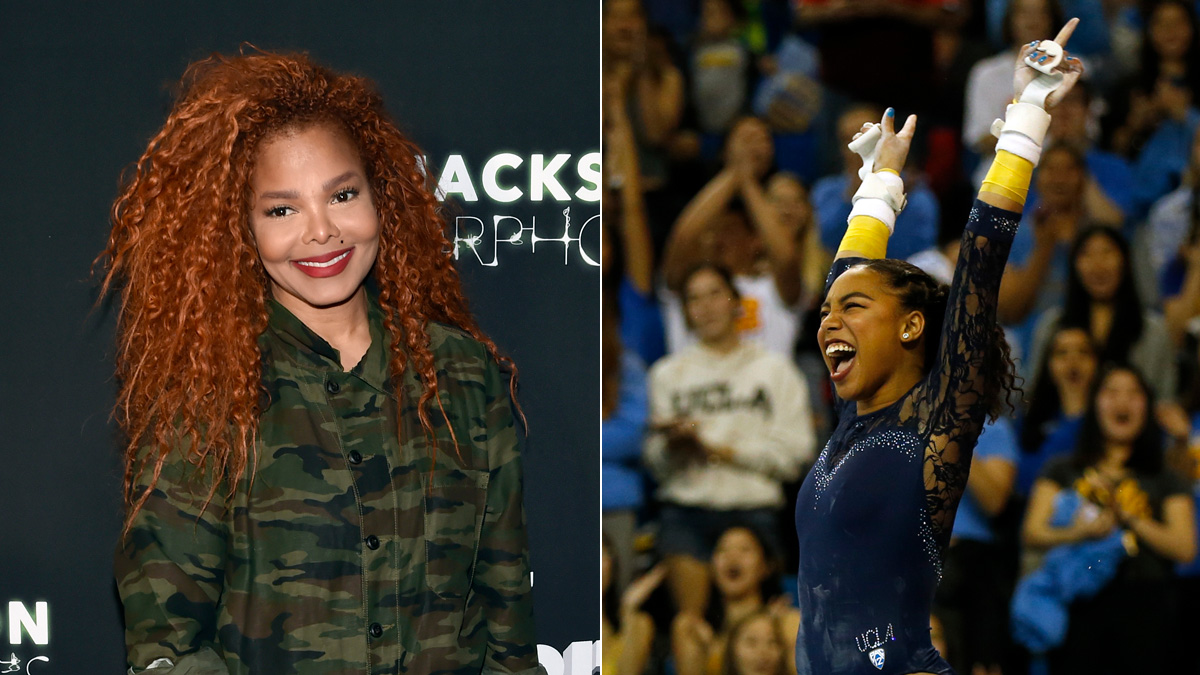 A UCLA gymnast got the surprise of her life.

Now, she’s hearing from Janet Jackson herself. First on Instagram, then face to face on the phone.

“A friend sent me this video and it was a video of you and the routine you did,” Jackson told Frazier in a FaceTime call.

“And when I watched it, I began to cry. I was so thankful to God for all that he has allowed me to do and given me. And just to see the work that I’ve done, the young generation still having fun with it the way that I did and still do 35 years later.”

Janet Jackson’s FaceTime call inspired Frazier to set two of her personal bests at her meet that day.

Jackson promised to keep in touch and asked the young gymnast to possibly teach her some moves in the future.

Jackson posted her conversation with the gymnast to Instagram.