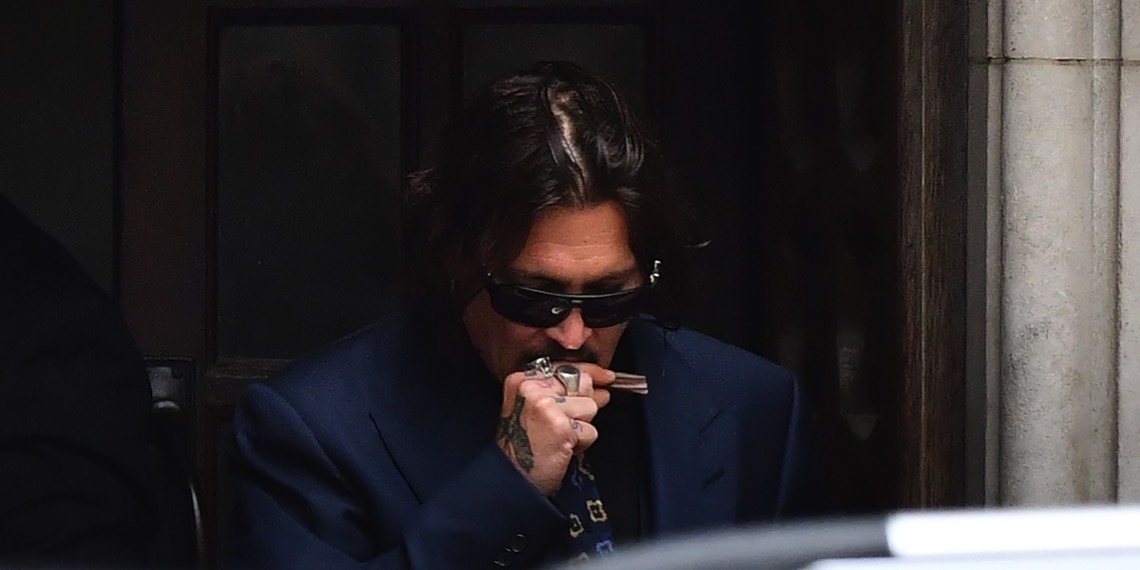 With the third day of Johnny Depp‘s libel trial against News Group Newspapers, publisher of The Sun, and the paper’s executive editor, Dan Wootton, over an April 2018 article that said he’d physically abused Amber Heard, a few new revelations were revealed.

Under cross-examination by The Sun’s lawyer, Sasha Wass, Depp depicted a volatile relationship with Heard, during a period when he was trying to kick drugs and alcohol, and sometimes lapsing. He said he came to feel he was in a “constant tailspin” and recalled telling Heard several times: “Listen, we are a crime scene waiting to happen.” But he denied being violent.

Depp rejected Heard’s claim that he subjected her to a “three-day ordeal of assaults” in March 2015 in Australia, where Depp was appearing as Capt. Jack Sparrow in the fifth Pirates of the Caribbean film.

According to The Daily Mail, Heard’s statement claims she was left with injuries “including a broken lip, swollen nose, and cuts all over her body.”

The alleged attack in Australia in 2015 came when Depp was “completely off [his] head on drink and drugs” — at one point even taking 10 ecstasy tablets in two hours, lawyer Sasha Wass claimed, according to The Sun.

Depp “vehemently” denied the assault claims, but admitted they had a furious row over Heard’s refusal to sign a postnuptial agreement — admitting he “possibly” also accused her of cheating, the reports said.

Wass told the court that Depp “smashed bottle after bottle” while accusing his then-new wife of having an affair with Billy Bob Thornton while he filmed the latest Pirates of the Caribbean movie.

He also spat in her face and threatened to “fuck her corpse,” mirroring language in texts he had sent to fellow actor Paul Bettany, Wass claimed.

Depp insisted Heard was the only violent one, hurling a vodka bottle at him that “severed my finger and crushed my bones.” She, however, insists he caused the injury himself when he smashed a telephone into the wall.

The court was shown photos of how the actor scrawled messages on mirrors in the house they were staying in — with Depp admitting some were in blood from his severed finger, The Mail said.

“Look what you made me do!” he reportedly snapped at Heard as he wrote the final ‘u’ in “I love you,” the court was told.

Graffiti in paint also referred to his jealousy over his wife working on a film with Thornton, writing, “Starring Billy Bob, Easy Amber,” the court heard.

Another message saying “Call Carly Simon, she said it better, babe” — referring to the singer’s hit, “You’re So Vain” — was written by Heard after he had gone to a hospital, Depp said.

Depp told the court he “knew exactly what I was doing” — and conceded he felt “considerable pain,” The Mail said.

Wass alleged the rented house was left in “carnage,” with an estimated $190,000 damage as Depp trashed it after taking 10 ecstasy tablets in two hours and downing a bottle of vodka and wine, The Sun said.

He even allegedly peed on the floor and painting a “fake d–k” on the crotch area of a female painting in the house — which he admitted was “possible” given his demented state of mind.

“When I realized that the tip of my finger was missing — pouring blood profusely, tip of the bone sticking out — I believe I went into some kind of breakdown, some species of nervous breakdown,” Depp told the court, according to the Evening Standard.

Depp acknowledged in court that the pair had a violent row, saying it was because Heard refused to sign a postnuptial agreement — and said it marked the “end end” of their marriage.

“I was convinced it was never going to get any better, only worse, and worse was death,” he said, according to the report.

“So this [graffiti] is a message to her, ‘Good luck and be careful at the top’, in reference to her ambition to be a big star,” he reportedly said.

He also admitted having told his wife more than once, “Listen, we are a crime scene waiting to happen.”

However, Depp insisted all the assault claims were “fabricated and vicious.”

“I vehemently deny it, and would go so far as to say it is pedestrian fiction,” he told the court.