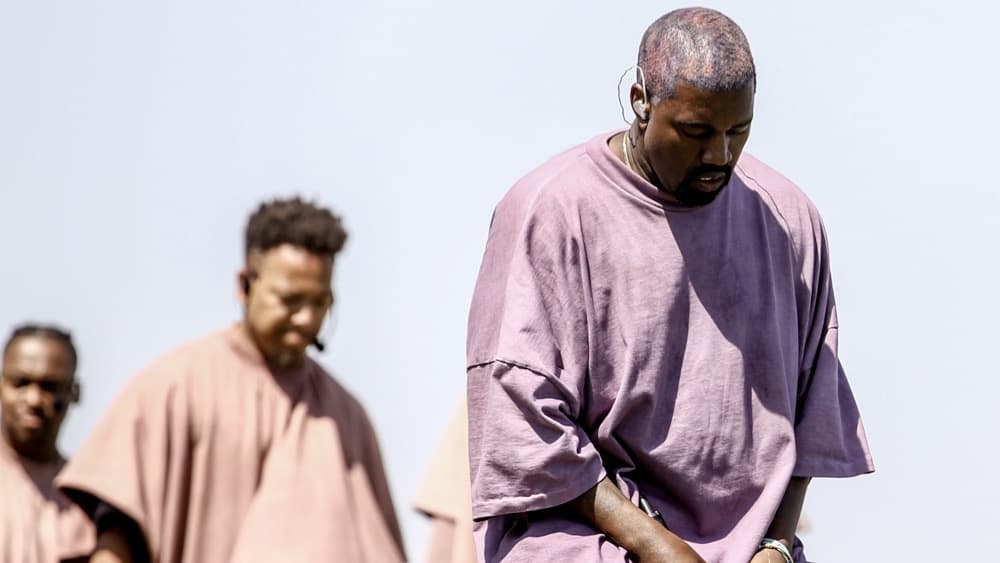 Kanye West made Coachella history this weekend when he brought his famous Sunday Service spectacle to the Southern Californian desert festival for a massive Easter morning celebration.

At one point during this final hour, West was so overcome with emotion that he started weeping, as DMX, Kid Cudi, and Chance the Rapper surrounded and prayed with him.

What it all came down to was the merch. West had controversial “church clothes” for sale, including $50 “Jesus Walks” socks and $70 “Trust God” T-shirts.

Someone threw a lemon at Ariana Grande during her Coachella set and the whole thing was all related to Beyoncé. — BuzzFeed

This is no longer a “Pitch Perfect” marriage. — TMZ

Someone is defending Jussie Smollett. — Towleroad

We are living for this Saved By the Bell reunion. — Dlisted

Britney Spears was photographed for the first time since entering a rumored mental health and wellness facility earlier this month. She was spotted with boyfriend Sam Asghari. — Evil Beet Gossip

Are Prince Harry and Meghan Markle being exiled to another country? — Celebitchy

Enter for a chance to win a download card for P!NK’s Hurts 2B Human! — Boy Culture