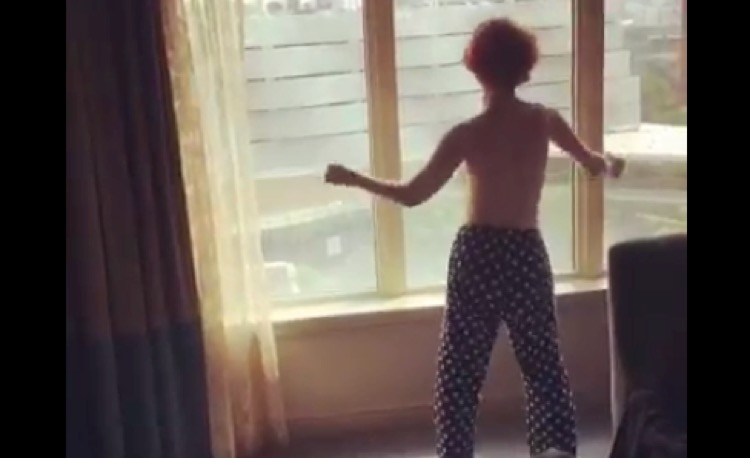 These are the Remains of the Day, an evening roundup that will catch you up on the entertainment and celebrity news that you may have missed today.

Oh, Katherine. After news broke of Michael Cohen describing in court how he violated campaign finance laws “in coordination with and at the direction of a federal candidate for office,” Kathy Griffin exclaimed: “HOLY FUCK BALLS.” Followed up shortly by a video featuring herself topless. — Twitter

Actress Asia Argento is breaking her silence regarding claims that she sexually assaulted child actor Jimmy Bennett at age 17. In a statement to journalist Yashar Ali, the 42-year-old actress “strongly” denied Sunday’s New York Times report. “I am deeply shocked and hurt having read the news that is absolutely false,” she says. “I have never had any sexual relationship with Bennett.” She is claiming that her late boyfriend Anthony Bourdain paid the hush money only to stave off “negative publicity.” — The New York Times

Star Wars breakout actress Kelly Marie Tran writes a powerful op-ed on harassment — online and in real life. Tran speaks out for the first time since deleting her Instagram account in June following online harassment. Tran doesn’t mention any specific Instagram posts in her editorial but instead speaks to the larger issue of being compromised in American society for her Asian heritage, including mentioning that she and her parents adopted American-sounding names to make them easier for others to pronounce. Tran’s real first name is Loan. — The New York Times

Rapper Post Malone‘s plane makes an emergency landing at Stewart International Airport in New York after blowing two tires during takeoff at Teterboro Airport in New Jersey Tuesday morning. Then the internet shows what an asshole it can be. — People

Kelly Clarkson stands up for a couple after a homophobic fan calls gay marriage “a sin.” One of her so-called fans called her out on her well wishes to the same-sex couple, saying that same-sex marriage was “a sin any way you cut it.” Kelly did not mince words but was as diplomatic as always. — Towleroad

Natalie Portman will take on the dual roles of director and star for her upcoming drama about real-life dueling advice columnists Esther and Pauline Friedman aka Dear Abby and Ann Landers. — Variety

Brace yourselves marshmallows it looks as if a Veronica Mars revival is in the works at Hulu! — TV Line

‘American Vandal’ Season 2 Is All About the Poop