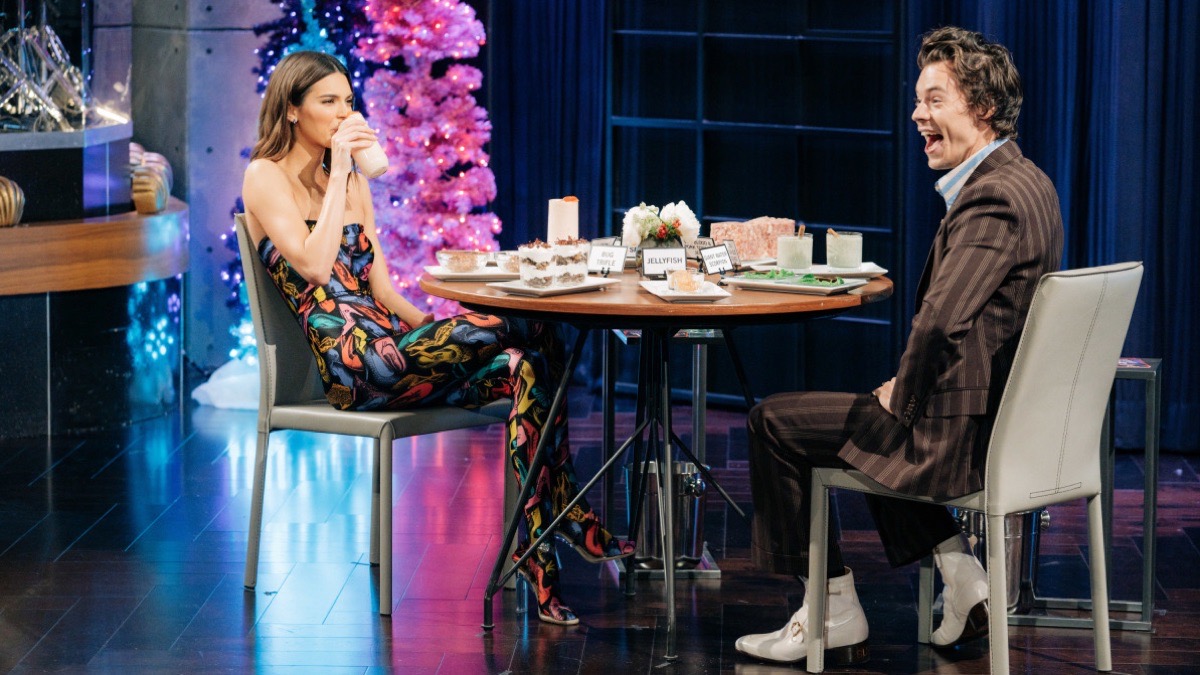 Harry Styles ate some cod sperm on The Late Late Show with James Corden after being confronted by ex Kendall Jenner about their relationship.

The former couple went head-to-head in the rank game Spill Your Guts or Fill Your Guts, where they asked each other seriously awkward questions the other was forced to answer – or eat/drink something disgusting instead.

Thanks to the show’s producers, the questions were definitely below the belt for both of them – starting with Harry forcing Kendall to rank her siblings’ parenting skills.

When seeing her question for Harry, Kendall beamed and said she’d been ‘dying to know the answer’, telling him he had to eat cod sperm if he didn’t ‘fess up.

She then asked him: “What songs on your last album were about me?”

Harry’s reaction to this basically consisted of him covering his eyes and laughing, before getting out a fork and knife and delicately preparing himself a bite of cod sperm.

During the Q& A Harry also asked Kendall to “Rank your siblings, Kim, Kylie, Khloe, Kourtney, and Rob from best to worst parent” and (after ranking Rob #1) she answered, “it would be like, Khloe, Kim, Kylie, Kourtney.”

Watch it all go down in the video below.

That Explosive Fight Scene in Marriage Story Is Now a Meme