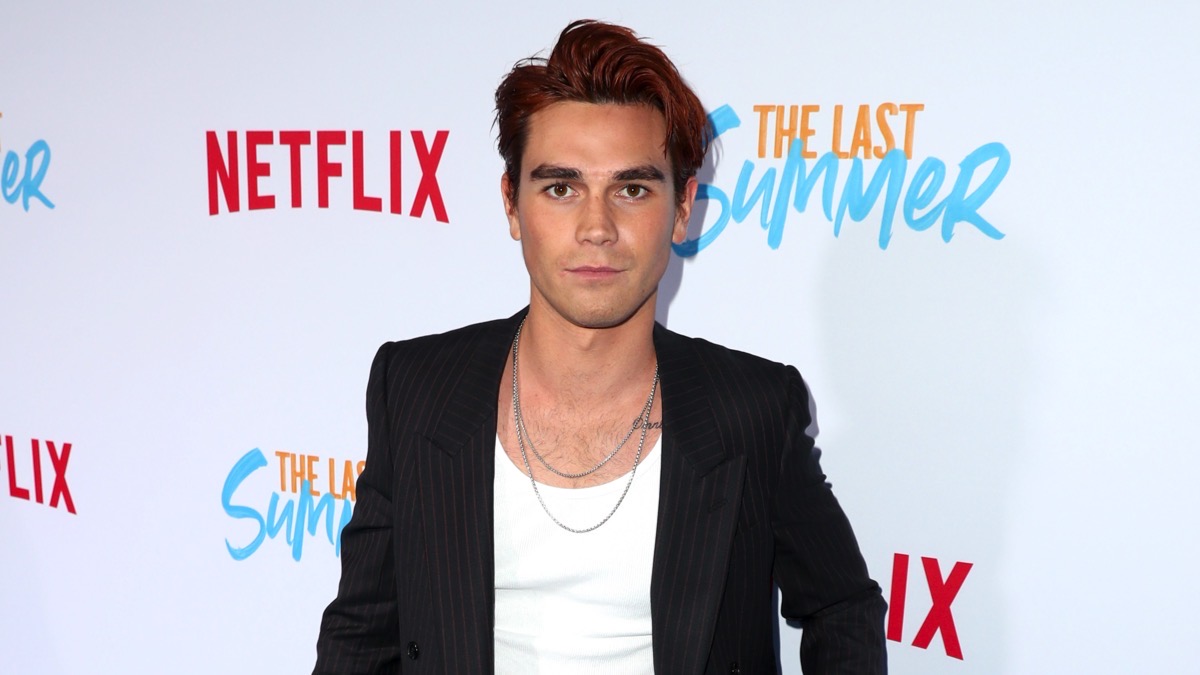 KJ Apa split his head open while shooting his new movie in the second injury he’s had in the past few weeks.

The 23-year-old actor needed “metal stitches” in his scalp after shooting a stunt for romantic thriller Songbird went wrong.

KJ shared photos on his Instagram account, one of which showed him topless on the steps of a trailer while a medic stitched up his wound, and in another, he held up his blood-spattered shirt.

He captioned the images: “Stunts..”

KJ also took to his Instagram Story to share a gruesome close-up of the injury and explained what had happened.

He said: “I split my head open yesterday.

“I don’t know if you guys can see that, but I have two stitches in there. Metal stitches.”

The on-set accident came just a week after the Riverdale star was left in pain when he got a piece of metal stuck in his eye.

The actor shared a two-minute video on Instagram of the agonizing removal process.

He captioned the video: “a shard of metal got stuck in my eyeball (sic)”

Once the piece was out, his pal Jason Schneidman, who was assisting, said: “You got the piece out, bro. That’s the piece that was fucking in your eye.”

KJ later reassured fans that he planned to seek medical advice but was feeling “fine”.

He said: “Quick update here, guys. The eye is good. I’m seeing a doctor tomorrow. My appointment’s at eight o’clock.

“I just want to say thanks for all the support. I appreciate it a lot.

“My eye’s fine. But there could be some more metal shards in there, rusting away in my eyeball.”