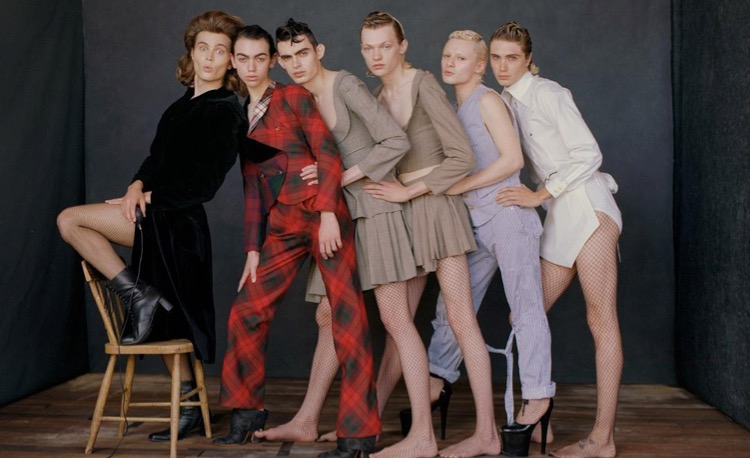 Tuesday night’s election results delivered a giant thump heard round the world, as progressive liberals became the new leaders in Congress. Why it was heard so loud even China decided to get into the progressive act – as witnessed in the latest issue of fashion bible Modern Weekly China!

The shoot was photographed by superstar photographer and LGBT activist Michael Bailey Gates — who also modeled in the photoshoot as well.

Who needs DoorDash, GrubHub or UberEats when there’s an entire swat team of male supermodels wearing maid-inspired Vivienne Westwood outfits ready do all the chores?! Turkey or pie, anyone? Thanksgiving is about to get a whole lot gayer!