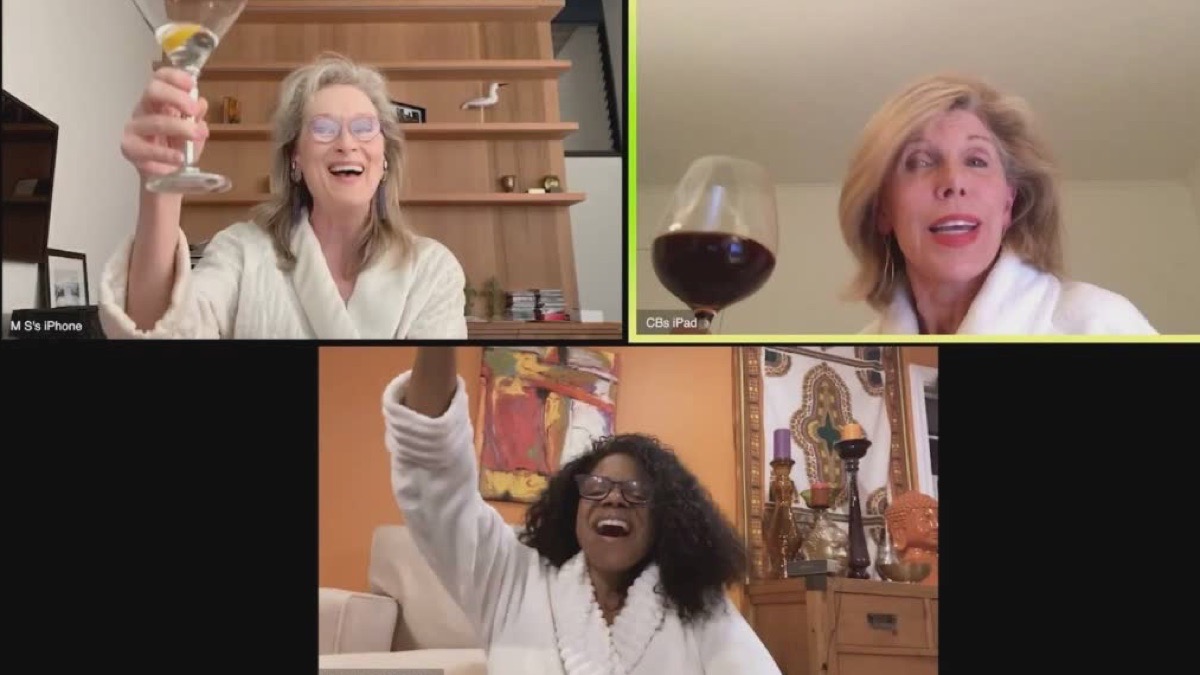 Meryl Streep, Christine Baranski and Audra McDonald performed one of Stephen Sondheim’s most famous numbers, “The Ladies Who Lunch” from Company, as part of a two-and-a-half-hour celebrity livestream commemorating the composer’s 90th birthday.

The actresses cocktailed it up in their respective homes, with Baranski sipping one full wine glass after another, Streep moving from martinis to straight scotch and McDonald belting out show-stopping notes in between shots of vodka while all in their bathrobes.

For many viewers, the boozy performance and disheveled vibe captured lockdown life perfectly.

“Meryl Streep, Audra MacDonald and Christine Baranski singing Sondheim over Zoom in their bathrobes is, and I cannot stress this enough, the ultimate mood,” one viewer tweeted.

Another simply shared a screengrab of Streep pouring her drink during the gutsy performance, along with the caption “Lockdown2020.”

The Queens of RuPaul’s Drag Race Season 12 Have Been Revealed: WATCH