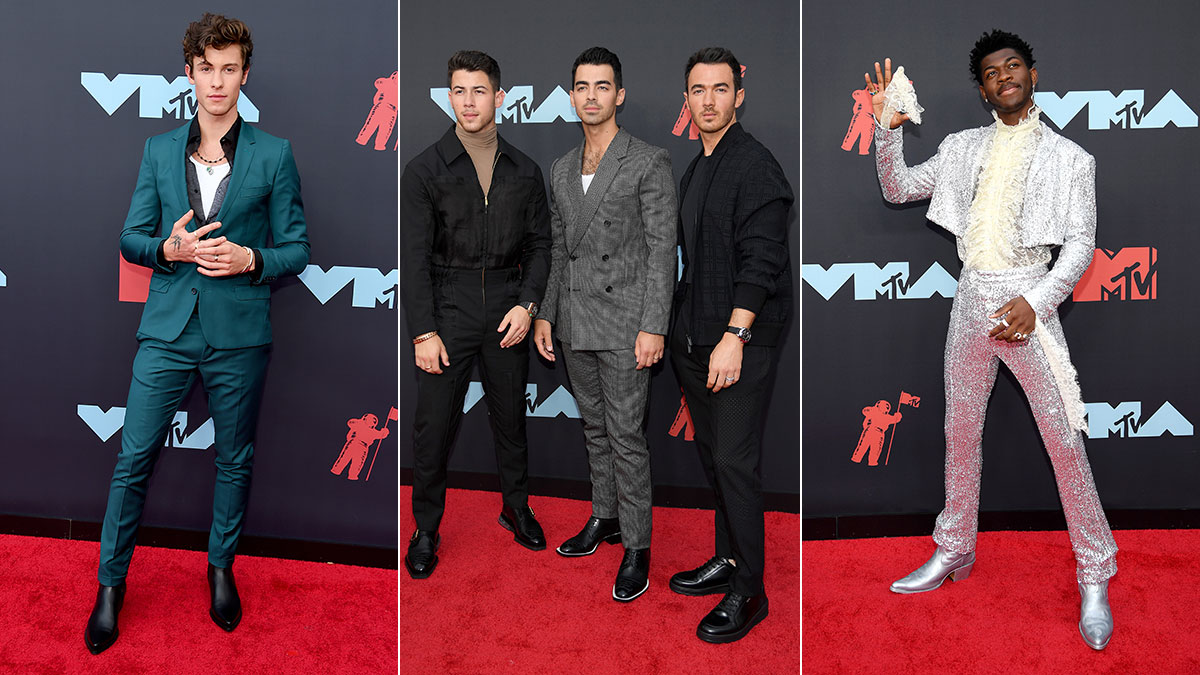 Shawn Mendes and Camila Cabello’s performance Monday at the 2019 MTV Video Music Awards was, in a word, steamy.

The singers performed their romantic hit, “Señorita,” and came this close to kissing onstage. They didn’t. Because they keep those moments private. Er, paparazzi ready.

Lil Nas X‘s “Old Town Road” was crowned the Song of the Year at the 2019 VMAs. Onstage accepting his Moon Person alongside collaborator Billy Ray Cyrus, Lil Nas X made a point to highlight the momentousness of the situation. “This is my first award ever.”

Here are some of the musical highlights featuring the male artists from the 2019 Video Music Awards.

Shawn Mendes performs “If I Can’t Have You” at the 2019 Video Music Awards.

The Jonas Brothers brought us a special VMA performance from an iconic New Jersey location, presented by Toyota.

The men on the 2019 MTV VMA red carpet rocked some interesting fashion choices.

Check out the men hitting up the MTV VMAs 2019 in the gallery below.

Ella Emhoff made her NYFW runway debut for Proenza Schouler

Rihanna is pausing her Fenty fashion line with LVHM