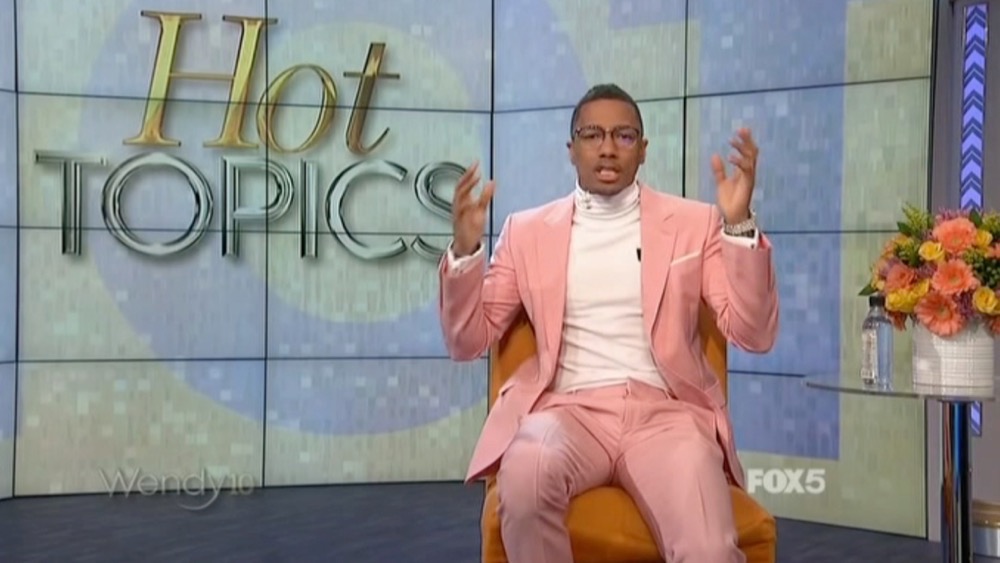 Nick Cannon seems to be channeling Wendy Williams pretty well as he sits in her chair while guest-hosting The Wendy Williams Show, during the “Hot Topics” segment yesterday (February 05, 2019).

This is what he had to say about his night out with Pete Davidson:

“I will take credit for it. I’m the one who told him, ‘Get you an older woman, man!’ I said that. Leave them little pop stars alone! An old woman knows what she wants. She don’t play no games! That’s what I’m talking about. Get you somebody older!”

So he calls Kate Beckinsale on “old woman” and he calls Ariana Grande a “little pop star.” What a respectful guy, that Nick.

“Kate and Pete were flirting at the InStyle party and she was following him around a bit and waiting for him,” a source told Us at the time. “People approached her and she didn’t want to talk to anyone else.”

More recently, the duo looked very much into each other as they were seen walking hand-in-hand together as they left Los Angeles’ Lago Bar during the early morning hours of February 2.