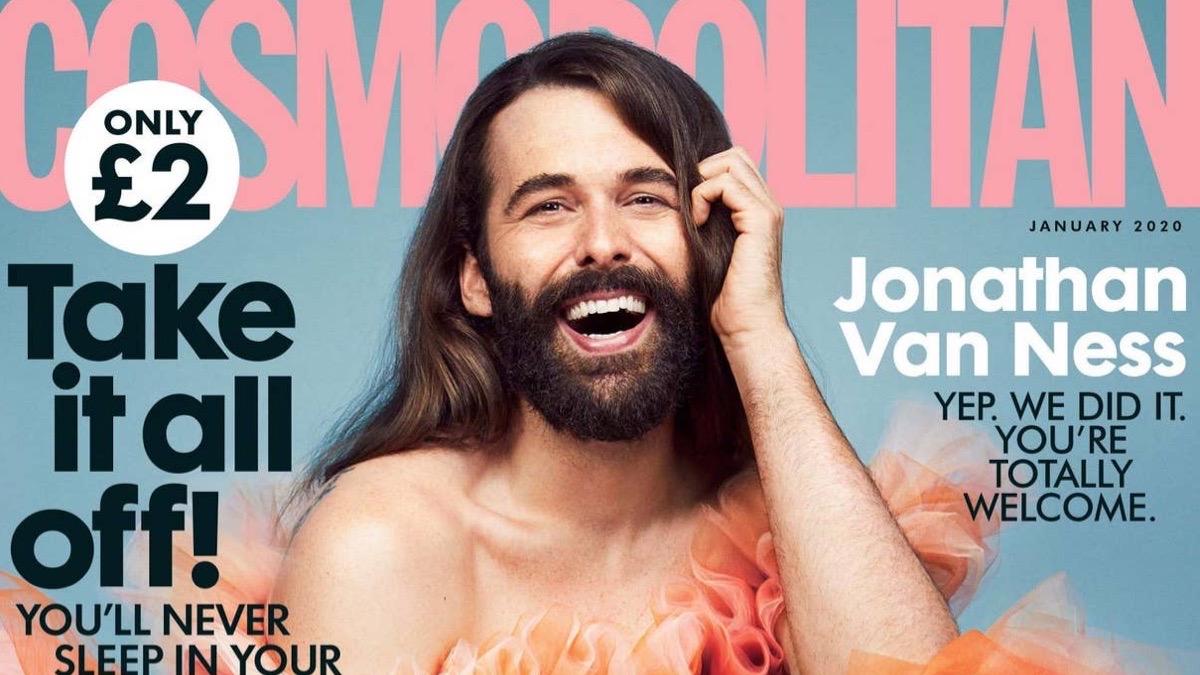 The grooming expert revealed his cover on Twitter and Instagram, thanking the publication for “showing more variations of beauty for young LGBTQ+ people”.

Van Ness has previously stated that he identifies as non-binary and gender non-conforming, saying that his preferred pronouns are “he/him/his”.

The last non-female-identifying individual to appear as a solo cover star in Cosmopolitan UK was singer Boy George, who landed the coveted spot in 1984, while boy band One Direction was featured on the cover as a group in 2012.

It’s also worth noting that the cover’s debut comes just one day after World AIDS Day, which Van Ness also recognized on his social media, not long after revealing that he’s been living with HIV.

In the cover image for the January 2020 issue of Cosmopolitan UK, Van Ness wears an orange and pink tulle gown by American fashion designer Christian Siriano, accessorizing with Nike trainers and striped socks.

“Thanks for having me,” he wrote in a tweet revealing the new cover. “@CosmopolitanUK showing more variations of beauty for young LGBTQ+ people YAS QUEEN.”

After he shared his cover shot, Van Ness’ fans quickly flooded his Instagram page with notes of congratulations. Olympic skater Michelle Kwan wrote “Oh my goodness. I need a copy” and model Lily Aldridge expressed her excitement in one word: “Majornesssssss.”