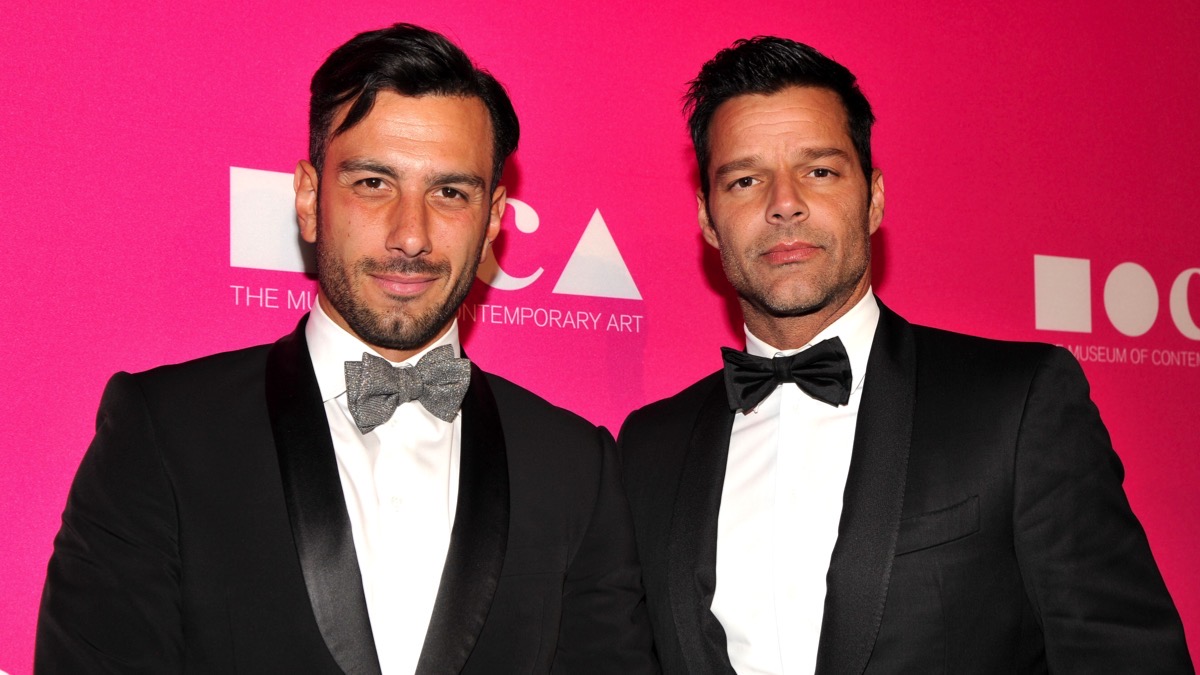 Angelina Jolie Reveals the Reason Why She Split From Brad Pitt

Puerto Rican pop star Ricky Martin is planning a celebration of his union with the painter Jwan Yosef, although he has not yet revealed the exact date, but it is is going to be BIG!

The 48-year-old singer has revealed he is intent on hosting a major extravaganza with his youngest kids Renn and Lucía present, as it was only twins Matteo and Valentino, 11, who witnessed Ricky and Jwan say their vows two years ago.

He revealed on the Mexican show Ventaneando: “Either way I would like to have a big party … I want the wedding to last four days.

“The twins were there, but I believe that Renn and Lucía need to be part of this celebration as well.”

Ricky – who began dating his spouse in 2016, with the pair getting engaged in November that year – admitted he knew from the moment he met Jwan that he wanted to marry him.

He said: “When I met my husband, I saw him and said, ‘I’m going to get married.’ During the ‘Hello, pleasure to meet you,’ I thought, ‘This is the love of my life.'”

And the Winner of Top Chef All Stars Is…

The finale did NOT disappoint. And yes, tears were shed.

However, in the final episode, only one of these incredibly talented contestants was able to take home the first-place prize. The final three headed to Florence and were tasked with creating a progressive four-course meal with the help of some past contestants (Brian Malarkey, Kevin Gillespie, and Lee Anne Wong).

At the end of the day, Melissa was named the winner of the $250,000 grand prize by host Padma Lakshmi and chef Tom Colicchio thanks to her Asian-Italian fusion menu that included a milk tea Tiramisu that brought one of the celebrity chefs to tears. Literally.

“It’s such a wild adventure, I could not be more proud of myself,” Melissa said. “What’s really special about this win is that I was doing it for myself… This time I wanted to prove to myself that if I set a goal I can achieve it.”

■ 12-year-old actor, Lonnie Chavis, who stars on This Is Us, writes a devastating essay detailing racism that he’s experienced. (People)

■ The Weekend is selling his Hidden Hills mansion and it features an absolutely killer wine cellar. (Evil Beet Gossip)

■ Fox has canceled season 17 of So You Think You Can Dance this summer due to the COVID-19 production shutdown. (Entertainment Weekly)

■ HBO will offer all nine episodes of Watchmen for free this weekend, starting from Friday, June 19 through to Sunday, June 21 in honor of Juneteenth. (AV Club)

■ Jodie, a new animated comedy and spinoff from Daria, and with a voice cast led by Black-ish star Tracee Ellis Ross, has gotten a new home on Comedy Central. (Vulture)

Twitter has flagged a Donald Trump tweet featuring a fake CNN chyron as “manipulated media.” The clip of a black toddler and a white toddler was edited to include a CNN chyron reading “terrified todler[sic] runs from racist baby.”

This is the actual video that we featured last year.

■One of the three Louisville, Kentucky, police officers involved in the fatal shooting of Breonna Taylor in March is being fired, Mayor Greg Fischer announced Friday morning. (NBC News)

■ Corporate executives and sports officials are joining a growing number of elected officials who want to recognize Juneteenth, a day that commemorates the end of slavery, as an official U.S. holiday. (NPR)

■ The mayor of Tulsa, Oklahoma, imposed a curfew ahead of President Donald Trump’s campaign rally there, prompting officers to move out supporters who had been camping out in front of the arena. (AP)

■President Donald Trump warned those protesting his planned rally in Oklahoma they could be treated roughly, an opening threat a day ahead of what he says is the new kickoff of his reelection campaign. (CNN)

■ AMC Theater CEO Adam Aron says their cinemas won’t require masks upon reopening because they didn’t “want to be drawn into a political controversy.” UPDATE! AMC has reversed their decision and will now require all patrons to wear masks! (Hollywood Reporter)

■ Sen. Amy Klobuchar (D-Minnesota) has removed herself from Joe Biden‘s VP consideration, telling Lawrence O’Donnell she called Biden Wednesday night to urge him to prioritize a woman of color for his ticket. (Boy Culture)

■ Donald Trump Jr. proclaims Donald Trump’s accomplishments are “incredible” during an interview with his father. #Sad

Angelina Jolie Reveals the Reason Why She Split From Brad Pitt