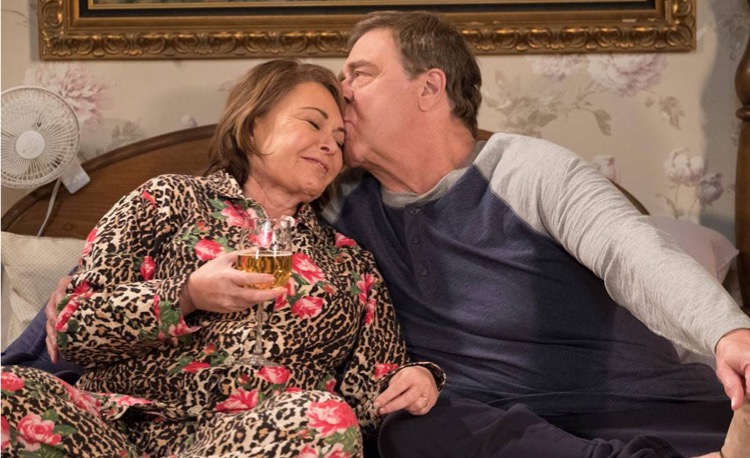 These are the Remains of the Day, an evening roundup that will catch you up on the entertainment and celebrity news that you may have missed today.

Roseanne Conner, the character played by Roseanne Barr for 10 seasons on the comedian’s eponymous ABC sitcom, will be dead when the network launches The Conners in the fall. That’s according to John Goodman who plays Barr’s husband on the sitcom. Hmm. His character died and now he’s back, so… — The Sunday Times

In other Roseanne news, she reports that she has a new doctor and she’s “doing better now.” Less racist, perhaps? So, there ya go. — Page Six

Rose McGowan has issued a way too long statement regarding her former friend Asia Argento. McGowan, one of the leading voices of the #MeToo movement, called on Argento to “be the person you wish Harvey could have been” in response to the recent sexual assault allegations against her fellow actress and advocate. In the statement McGowan revealed that she had heard from the person she is dating, model/activist Rain Dove (who seems pretty quirky), that Argento did have a sexual relationship with a young actor when he was 17. — The Hollywood Reporter

The Row, Mary-Kate and Ashley Olsen‘s high-end fashion house, has announced that is officially launching menswear. Starting in October, a full range of suits, knitwear, coats, jeans, not-so-basic-basic T-shirts, footwear, and accessories will make its way into the company’s two retail locations, as well as select high-end stores around the globe. The twins are going outside their comfort zone! — Vogue

True Detective creator Cary Fukunaga does tone on tone better than anyone else. — GQ

Speaking of True Detective, the first trailer for season three of the HBO series has arrived. This new season will be set in the Ozarks, and it will follow a state police detective named Wayne Hays (played by Mahershala Ali) as he investigates what appears to be the kidnapping of a child. It has to be better than the second season. Right? You can watch that below.