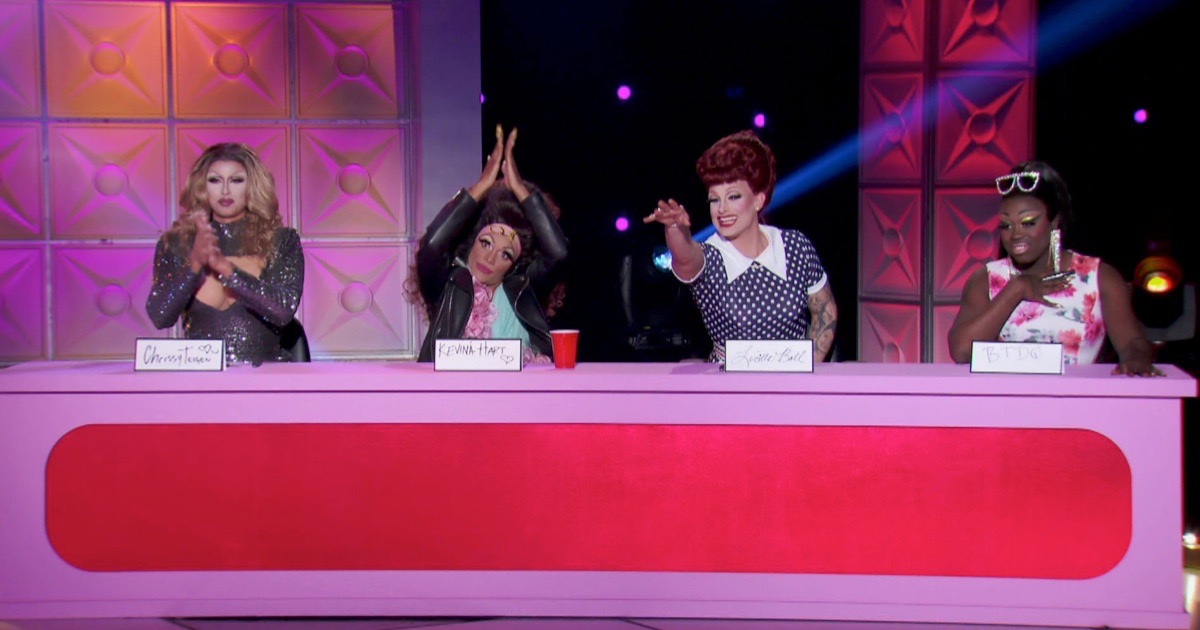 RuPaul’s Secret Celebrity Drag Race has all the wigs, shade and lip-syncing you love, but the twist is that its famous people competing for the crown!

While you’re not going to see anyone like Brad Pitt or Dwayne Johnson competing, just like RuPaul’s Drag Race, it is the heart of the show that makes it work so well.

The secrecy of it all comes from the fact that the stars’ identities are kept both from the viewers and the Queen Supremes who mentor them.

Each of the four episodes will see three celebrity contestants partake in classic challenges.

The first episode featured Nico Tortorella who was mentored by Monet X Change, Riverdale‘s Jordan Connor who had Trixie Mattel as a mentor and lastly comedian Jermaine Fowler whose mentor was Bob the Drag Queen.

Their willingness to have fun and make a real effort made for a rather entertaining 90 minutes. And more than that, they each had personal connections to drag and/or queer people that led to some emotional moments.

To some, it may sound like a ploy to get a few cheap laughs from famous people getting into drag for the first time. However, as drag mentors, Trixie Mattel and Monét X Change explain, Secret Celebrity Drag Race is so much more.

“Obviously they’re there to promote themselves and because they’re fans of drag race. But they’re also there because they had something about the way they look or the way they’ve been viewed as a performer or their gender or their sexuality or their body type, there’s something in drag they wanted to use to walk through that fire,” Trixie says. “It’s actually surprisingly moving. I thought we were just going to kiki, but once again on Drag Race, Trixie Mattel gets tricked into crying.”

“The heart of this show,” Monét adds, “is showing you that no matter how big your star is, there’s something about putting on a wig and a frock for the first time that makes you access parts of your personality that you did not know that were there.”