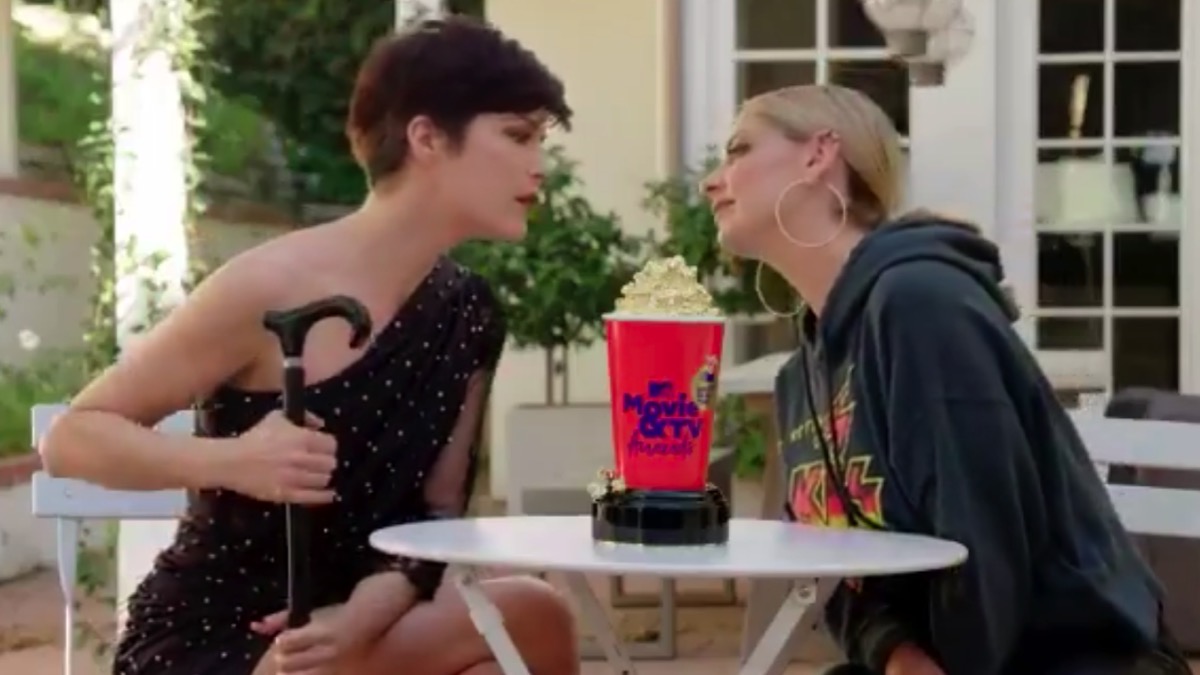 Sarah Michelle Gellar and Selma Blair created one of the most iconic moments in cinema when their characters Kathryn and Cecile shared a kiss in the 1999 romantic drama Cruel Intentions – and they’ve now given us a very 2020 appropriate updated version.

The actresses picked up the GOAT: Legendary Lip Lock award yesterday (December 6). They thanked MTV and Cruel Intentions fans on Twitter for their recognition of the famous kiss, which Gellar revealed is “the single most awarded kiss in cinema history,” and explained what its enduring legacy means.

“I think the reason the kiss has resonated with people for so long is not just for the initial shock value, but because it was a catalyst for so many young people to help them release certain aspects of their sexuality and help make people comfortable to be who they really are,” Blair said.

“It also represented a paradigm shift to a new dynamic towards acceptance in pop culture,” Gellar added. “Also it was super hot.”

“So as a special thanks, we’d like to recreate it,” said Blair. “Right here, for you guys.”

In a separate Twitter video, which you can watch above, the actresses then turned to each other and leaned in for a kiss. But this is 2020 after all, and they were rudely interrupted by a transparent perspex wall between them, leaving them to touch hands and lips through the barrier.