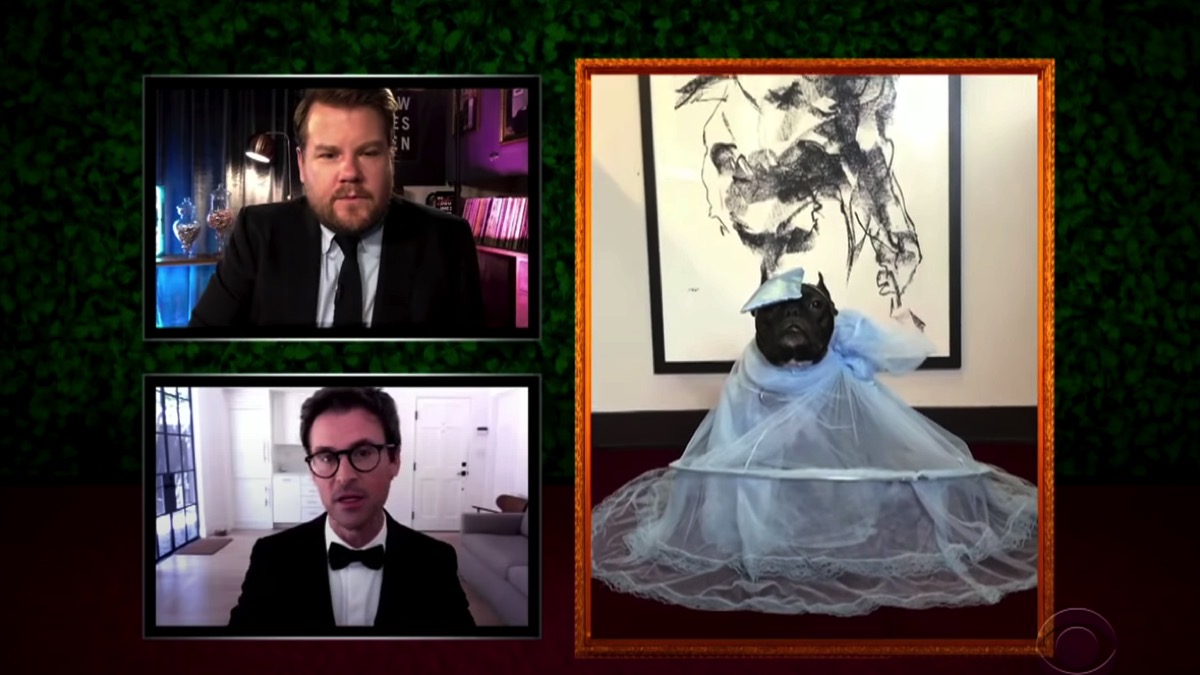 Daniel Radcliffe, David Beckham, Dakota Fanning and more will read Harry Potter and the Sorcerer’s Stone, the first of J.K. Rowling’s classic series, out loud from home in quarantine.

Radcliffe, who starred as Harry Potter in all eight films, kicked off the readings with Chapter One, “The Boy Who Lived,” when a baby Potter is left on the doorstep of his aunt and uncle. Radcliffe reads the famous opening lines from his couch: “Mr. and Mrs. Dursley, of number four, Privet Drive, were proud to say that they were perfectly normal, thank you very much.”

Joe Biden uses Justin Timberlake‘s “Cry Me a River” in a new campaign ad and it is something pretty special.

James Corden‘s Pet Gala is just what the world needed.

“Being that it’s the first Monday in May, tonight would’ve marked the 150th Met Gala,” he explained. “Unfortunately, like so many other events right now, the gala was postponed, so we thought we’d throw our own version of fashion’s biggest night showcasing your pets while we’re all staying in.”

So, in perfectly socially distanced fashion, pet parents submitted videos for the inaugural Pet Gala of their animals dressed up in looks inspired by what would have been this year’s Met Gala theme: “About Time: Fashion and Duration.”

This is actually horrifying, but I cannot stop watching this video of a monkey on a bike trying to kidnap a toddler.

Andy Cohen and Sarah Jessica Parker really dressed down for the Met Gala this year.