The Week in Drag – RuPaul’s AJ and the Queen Debuts, the Return of Tammie Brown, Alexis Mateo and Miss Vanjie Keep It All in the Family and More 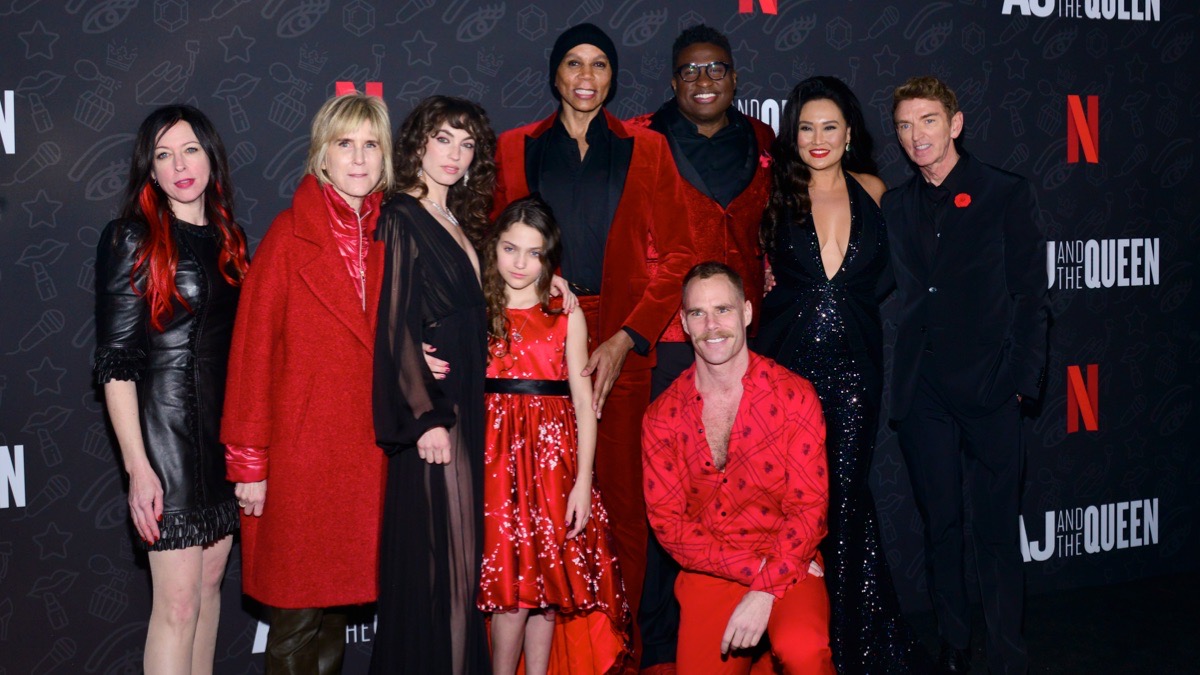 Hello, hello, hello! It’s time to check in once again with your favorite queens from RuPaul’s Drag Race.

With fans on the edge of their seats eagerly awaiting the return of All-Stars and season 12 of Drag Race, we’ve got more than enough from the show’s alums to keep you entertained.

There’s a lot to cover, so let’s sashay right into it!

Of course, the week’s top story is the debut of RuPaul’s new Netflix series, AJ and the Queen, which premiered on the string service on Friday. Mama Ru spoke with CBS This Morning earlier this week to discuss the new show, growing up, his break from the spotlight and his entire, 3 decades (!) in entertainment.

In the interview, he said that of all the personas he’s possessed (singer, actor, drag performer), “The only one the world should know is, ‘I’m a hustler, baby.’ Even as a kid, I felt like the boy who fell to Earth. And I thought, ‘OK, let’s do this thing’ … Good, bad, ugly, indifferent? Let’s do it all.”

And he also admitted that he’d be fine if he never again donned a wig and heels, saying, ”Drag is not my passion. My passion is being creative.”

Another iconic queen soon to be seen on the small screen is Miss Coco Peru. If you’re bothered by the trials and tribulations of everyday life or need your tension tamed, Coco is here for you with her new series for Logo, “Madame Coco Knows.” I cannot wait for this one.

Robert Pattinson Reveals He Has ‘Terror…

Checking in with our favorite podcasters, Willam shares behind the scenes secrets from the infamous “Romper Room f—kery” of season four’s “Snatch Game” and relives the highs and lows of the episode with Alaska on “Race Chaser” classique. Nicole Byer and Mano Agapion are reunited on this week’s “Drag Her”, as Nicole completes on “Who Wants to Be a Fake Drag Race Winner?” Her meltdown is pure comedy gold, and it just made me love her even more.

If you miss the queens of Drag Race UK as much as I do, you’ll be glad to know that Blu Hydrangea is back with her latest (but not last, as she promises) “Blu’s Beats.” In this episode, she shows us what her finale eleganza look would have been – and it’s gorgeous.

Trixie Mattel takes us back to 2009 to demonstrate how he created his face back when he was a mall makeup artist for MAC and talks about how he evolved from a makeup artist to a makeup user.

Cara Delevingne Drags Justin Bieber for Ranking Her As His…

The eternally kooky Tammie Brown is back and I am so happy. On the debut episode of her new, 3-part web series, “It’s Tammie Brown”, one of our favorite season one queens answers the question, ‘What is drag to me?” She also recounts her time on Drag Race – in particular the car wash photo shoot challenge, reveals if she’d want to return for more All-Stars, and talks about nuclear weapons. All I can tell you is to just take five minutes out of your day and just enjoy Tammie being Tammie.

Tammie also just released a new song. Do yourself a favor and check out the video for “Shubert.”

The fabulous Love Connie joins Laganja Estranja for the latest episode of “Puff Puff Sessions”. Connie proves she’s the queen of alliteration and talks about her appearance on Drag Race and her fondness for quoting lines from 70s movies. She then takes Laganja through a quick session of “Connie-robics.” Can Love Connie be on every web series? She makes everything better and is more intoxicating than any drug.

Does mother really know best? Watch as Alexis Mateo tries to win dough by revealing how much she knows about her drag daughter Vanessa Vanjie Mateo (and vice versa) as the play a hilarious game of “Besties for Cash.”

Yuhua Hamasaki is back with a new year’s themed episode of “Bootleg Opinions”. In this episode, she comments on the looks rocked by the queens at a variety of shows and celebrations marking the arrival of 2020. Some of the queens featured include Drag Race UK’s Gothy Kendoll, Nina Bo’Nina Brown, Yvie Oddly, Brooke Lynn Hytes, Sasha Velour, Alaska, Shea Coluee, Alexis Michelle and Trinity K. Bonet.

Mrs. Kasha Davis and Brock McGillis talk about the trials and tribulations of online dating on the latest episode of “This is Sh*t.”

Nina Bo’Nina Brown shares her raw thoughts and discusses the pros and cons of social media.

Bob the Drag Queen takes us onstage and backstage as she “bobs around” New York City and kikis with queens including Monét X Change and Marti Gould Cummings. I don’t know about you, but I would love to hang out with Bob and, until I can, this is truly the next best thing.

Jaymes Mansfield passes the brushes and teasing combs over to Milwaukee queens Melee McQueen and Sylvia Nyxx (both of whom I would love to see on an upcoming season of Drag Race) and has them compete in “Wig Wars” to see who is the best wig stylist.

Alaska and her brother Cory answer “burning questions” from their Twitter fans on the latest episode of “Bro’laska.”

If you didn’t spend the holiday season letting Miz Cracker teach you about the traditions and celebrations of Chanukah, the last episode of her “Jewtorials Chanukah Special” provides a quick recap of the holiday for you.

I missed this one last week, so I  couldn’t reprove you of this one. On “Talking with the Tuck”, Trinity tests her friendships by prank calling some of her Drag Race sisters. Would Gia Gunn bail her out of jail? Will Aja let her stay on her couch? Will a very concerned Peppermint help get her out of a sketchy part of town?

Lastly, if you haven’t subscribed to WOW Presents Plus yet, you’re missing out on great shows from your favorite queens, including “Morning T&T” with Baga Chipz and The Vivienne, Scarlet Envy’s “Envy of My Boogie” and a new season of “Alyssa’s Secret” starring the inimitable Alyssa Edwards. If that’s not enough, Katya and Trixie Mattel are bringing a new season of their hilarious series “UNHhhh” to the platform. The fifth season premieres soon January 22, so subscribe to WOW Presents Plus now and don’t miss a moment.