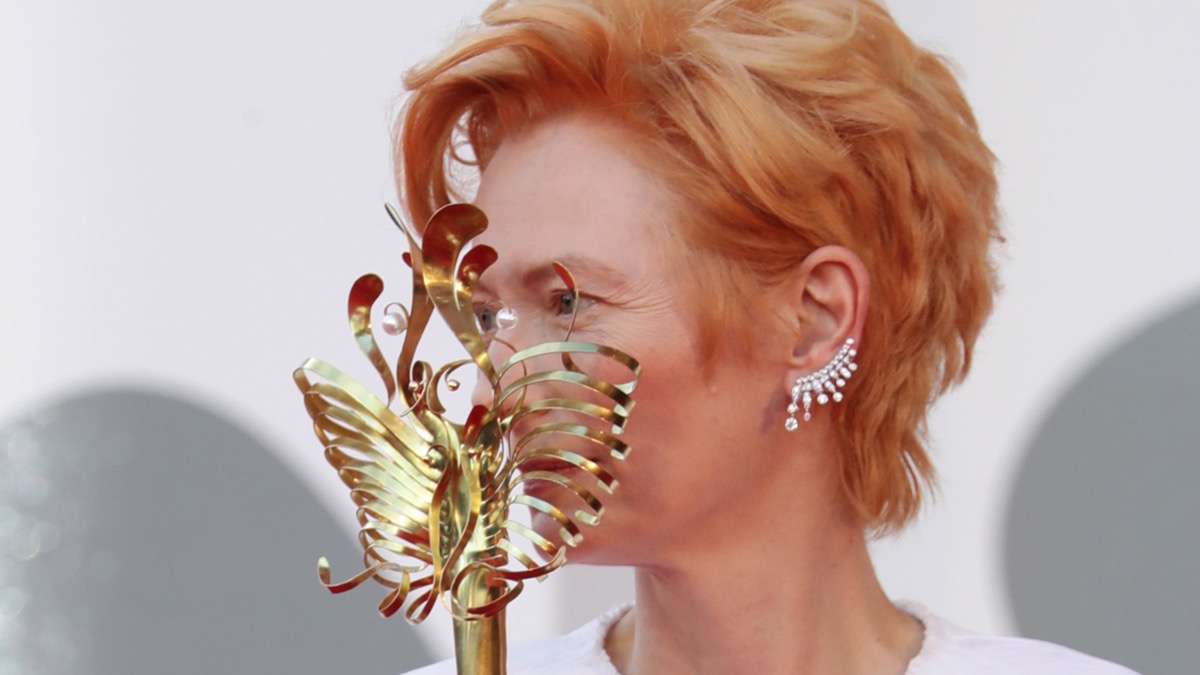 While the world copes with a global pandemic, other than mask wearing you wouldn’t know it by the photos from the Venice Film Festival.

Many of the A-listers are in attendance and participating in photo ops and red carpet events.

As for the masks, they’ve been pretty traditional cloth masks, except in the case of Tilda Swinton.

During the festival’s opening ceremony, Swinton’s “wore” a mask (it was more of a face shield and clearly not an actual mask) that was unlike any other.

For yesterday’s (September 03, 2020) premiere of La Voz Humana, her short film by Pedro Almodóvar, Swinton unveiled the second, a sculptural number that fanned across her face and featured two curling antennae.

Celebrity stylist Elizabeth Stewart explained that the masks were being held as a symbol of “responsibility and care.”

Jude Law on the Napkin He Wore in The New Pope

Brad Pitt Talks Toxic Masculinity and Ad Astra, Plus Photos of Brad in a Tux