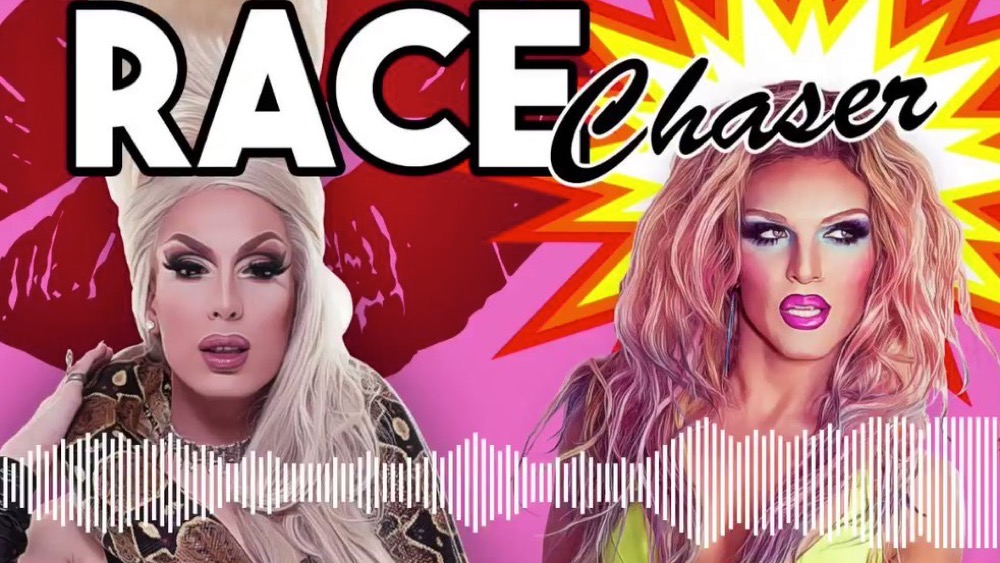 Wow, what a week it’s been! Our second season 11 queen has been sent packing (check out my recap of the episode) and we’ve got lots of news about some of our all-time favorites.

You can catch up on the latest on the current season with our favorite recap podcasts, “What the Tuck?” and “Race Chaser”. Congratulations, by the way, to Alaska and Willam, who won “Best Podcast” at the Queerties Awards in LA.  Shangela also took home the “Drag Royalty” award and Kim Chi was honored as “Future All-Star.” You can check out all of the winners here.

Raja and Aquaria weigh in on the season 11 queens’ entrance looks as well as their first appearances on the runway in their “Fashion Photo Ruview”.

Manila Luzon and Farrah Moan talk about the premiere on the latest episode of “The Pit Stop”. Emmy award-winning queen Delta Werk joins Manila for a recap of this week’s episode.

It was so great to see so many alumni on the season premiere of Drag Race, and in this video, they recall their first time stepping into the workroom. Check out what some of the queens, including the lovely Mariah, Raja, Eureka, Sonique and more talk about their first day on the show. VH1 also shared some great behind the scenes moments from the filming of the episode.

Our first eliminated queen, Soju, already shared a little too much information about her cyst, but in case you wanted to know more, she shared some more details with Entertainment Weekly. She said she decided to go into full TMI mode because, “When you’re in the bottom two, it’s survival mode and you have to explain yourself. There was no explanation for that dress that I made, though, so I wasn’t going to do another explanation of that, so I had to do something else!” I love Soju, but, eww.

Want to know who the season 11 queens this is the shadiest? Who has the messiest work station? Check out this video where the ladies play a hilarious game of “Who’s Who?”

The always outspoken (and hilarious) Willam sat down for an in-depth interview with Joseph Shepherd. During the two-part chat (catch the part one here and part two here), Willam spills the tea about what really got him kicked off of Drag Race and talks about his experience working on A Star is Born. If you’re a fan, this interview is a must-see.

RuPaul’s Drag Con in Los Angeles is coming up sooner than you think! The fine folks at Drag Con have announced two exciting new panels for the annual event, which takes place May 24 – May 26. “Drag Eye for the Queer Guy features All-Star 4 co-champion Trinity the Tuck giving a drag makeover to judge Carson Kressley. The other recently announced panel is for fan favorite UNHhhh, the hilarious web series starring Trixie Mattel and Katya. Get your tickets here!

Speaking of Trixie, a documentary about her life and career is making its debut at the prestigious Tribeca Film Festival. Trixie Mattel: Moving Parts shows “the grind of performing and the pressure of the title proves that heavy is the head that wears the tiara.” Trixie is set to perform after the screening. Tickets go on sale on March 26.

And, in other Trinity news, the Orlando queen recently left the Haters Roast tour after Monét X Change was kicked off for skipping a show for a chance to appear in a Madonna video (you know you’d do the exact same thing.) Monét is the second queen to get jettisoned from the tour because of other commitments. Ginger Minj was also asked to sashay away. The drama level on this story is high!

Lastly, I am going to Drag Brunch in Las Vegas for my birthday. The wonderful Shannel hosts the show, which also features Coco Montrese, India Ferrah, and this season’s Kahanna Montrese. If it’s anything as wonderful as the Alan Cumming-hosted Drag Brunch featured on Broad City, with stars Sasha Velour and Jiggly Caliente along with Shangela taking my order, I am in for such a treat!

That’s all for this week…now prance!