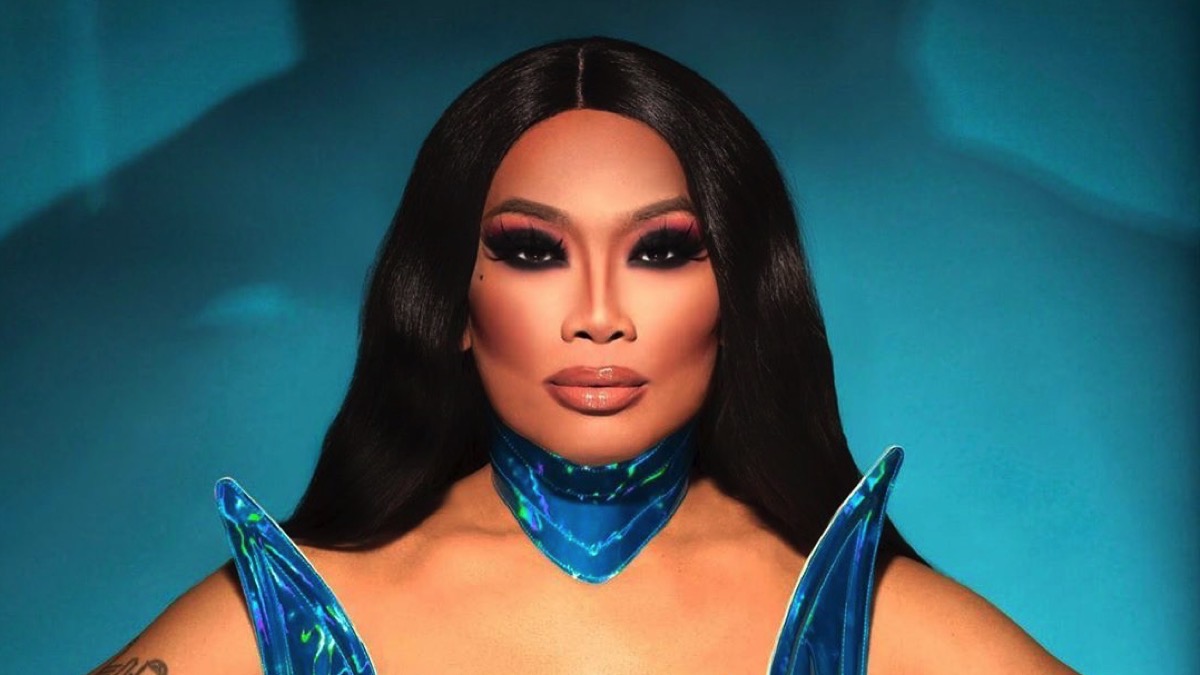 Hello, hello, hello! Welcome to another edition of The Week in Drag, our weekly roundup of news and updates from the queens of RuPaul’s Drag Race.

We’ve got reactions from some of your favorite queens on the second episode of All-Stars and an interview from our eliminated queen.

We’ve also got new music from one of this season’s beloved All-Stars and the season 11 champ, a peek inside Dusty Ray Bottoms’ drag room and another fabulous wig makeover from Jaymes Mansfield. Our quarantined queens are keeping busy, so let’s get this wrap-up started!

Two former Drag Race champions discuss the girl group challenge on All-Stars. Check out Bob the Drag Queen and Violet Chachki as they kiki about the episode (and Violet holds noting back) on “The Pit Stop”.

Raja and Raven toot and boot the “Love the Skin You’re In” runway looks on “Fashion Photo Ruview” (and their top toot of the week should come as no surprise to anyone who watched the episode.)

I don’t know about you, but I can’t get enough talk about the fashions on the Drag Race runway. Thankfully, Yuhua Hamasaki is here with more “Bootleg Opinions” on the latest looks. Best of all, her guest is season 8/All-Stars 3 standout, Chi Chi Devayne.

The outspoken and eternally fierce Nina Bo’Nina Brown brings us another “Rawview” where she talks about life, whatnot and Drag Race serving her unique style in a stunning pink floral wig that I covet.

Monét X Change is also recapping All-Stars on “Xposé” (and there’s really no one better to weigh in on the show than last year’s (co) champion.) She gives us her own unique (and funny) take on the girl group challenge, injecting tales from her experience on the show in the process. Be sure to stick around for her thoughts on John Stamos.

If you want “Drag Race recap, but make it stunning,” this video from the lovely Kimora Blac should fit the bill.

As a Drag Race fan from the very start, I was very sad to see Ongina sashay away. Fortunately, we get a little bit more from this OG queen as she sits down with Michelle Visage on “Whatcha Packin’?” In addition to showing some of the fabulous fashions she didn’t get to wear on the show, she discussed coming out as HIV positive back on season one, her relationship with Jujubee and how she ended up leaving the competition so soon.

Jujubee has a new single, which she performed on the premiere episode’s talent show. Check out “Don’t Wanna Love.”

Another Drag Race alum dropped a single this week, and this one is a banger. Yvie Oddly’s “Hype” is my pick for the jam of the summer and the video, featuring her season 11 sisters Vanessa Vanjie Mateo, Brooke Lynn Hytes, Silky Nutmeg Ganache and Soju is so much fun.

Peppermint joins Monét X Change and Bob on “Sibling Rivalry.” The trio discusses current events, including JK Rowling not being able to keep her opinions to herself and this weekend’s Black Queer Town Hall. I wouldn’t be mad if Peppermint became a permanent “sibling” on this show.

Need more Peppermint? Who doesn’t? She chats with her fellow season nine sister Sasha Velour in this “In Conversation.” I could listen to these two discuss drag history – or anything, really – for hours.

Season 10 queen The Vixen sits down with Joseph Shepherd for another of his fantastic “Exposed” interviews. The Chicago queen talks about growing up as a shy kid, her start in drag and her Black Girl Magic shows. If you think you know her from Drag Race, you really don’t. She’s fantastic and has such a winning personality. Take the time to get to know her, it’s worth it.

Joseph also interviewed season 2 and All-Stars 2’s Tatianna and for that, I say “Thank you.” Tati talks about her start in drag, her fight with Tyra Sanchez, life after season 2 and lots more. All I want to know is how can I look as stunning as Tati during my video conferences at work?

Dusty Ray Bottoms takes us on a tour of his drag room (he has devoted an entire bedroom of his NYC apartment to his wigs and outfits) and shares memories of his favorite and flopped runway looks from his season on “Out of the Closet.”

I love to watch Trixie Mattel beat her mug, and this week she treats us to a video where she applies her makeup with the song “Forever” by Fletcher serving as the background music.

Last week, we shared Willam’s tribute to the first queen eliminated on this season of All-Stars, Derrick Barry. This week, she shares some behind the scenes footage of the making of the “Derrick” video and it’s basically just Willam being iconic (as always.)

Season 12’s Miss Congeniality, Heidi N Closet, gives Tyler Oakley a rather unconventional makeover. Making the most of quarantine, Heidi instructs Tyler on how to apply his makeup over a video call and the results aren’t bad. Of course, any excuse to see Heidi is welcome.

Did you see Ru, Carson, Latrice, Raven and Michelle on Celebrity Family Feud? If not, here are some clips.

Anthony Padilla chats with Laganja Estranja, Gigi Goode and (oh, my heart) Honey Davenport for the latest episode of his interview series, titled “I Spent a Day with Famous Drag Queens.” He gives us a little her-story on drag and talks to the queens with the hopes of getting people to abandon our preconceived ideas about people and instead ask questions to get to know them, the world would be filled with much less judgment.

The extended trailer for Canada’s Drag Race is here and it looks amazing. To see these fabulous queens from the Great White North and Brooke Lynn Hytes, I think a subscription to WOW Presents Plus is definitely worth the price.

Speaking of fierce queens from Canada, Drag Race UK’s gorgeous Crystal plays a round of “Slay or Nay” and lets us know what she thinks of the artistry of Britney Spears, paying for dates and more.

Drag legends including Darcelle (the oldest performing drag queen) and the always entertaining Love Connie are featured in a photoshoot for Harper’s Bazaar. The images are beautiful and the queens have led very interesting lives.

Nina West and Dolly Parton’s segment was one of the highlights of the RuPaul’s Drag Race season finale and these two icons have teamed up for a These two Queens of Kindness have teamed up for the Dolly x Nina: Kindness is Queen collection – featuring a t-shirt, tote bag, and pin – to foster kindness and hope during this difficult time.

“When I approached Dolly with the idea for a collaboration between the Nina West Foundation and Dolly Parton’s Imagination Library, I was looking for an opportunity to continue to spread my message of kindness while building on the work I’ve done through my foundation supporting youth and families.” Said Nina West.

“Dolly is the Ultimate Queen of Kindness and I am so thrilled that she agreed to this collaboration! We both want to spread the message that Kindness is Queen and that being kind is something that is desperately needed in our world right now!”

Proceeds from the collection will go to Dolly’s Imagination Library, a book gifting program that promotes literacy by providing free high-quality books to children of all ages, and the Nina West Foundation which supports organizations and services that support LGBTQ+ youth and families. The collection is available now at  www.ninawest.com/kindness/ for a limited time.

In other Nina news, this Disney-loving queen fulfilled one of her dreams and lent her voice to an animated short, “Coaster”, and now the film is available for viewing at Entertainment Weekly.

Jaymes Mansfield is back with another amazing wig transformation. She takes a fan-submitted “Sandra Bullock” hard front hairpiece and makes it into a vintage, short crop look that would make Bettie Page proud.

There’s all of the Drag Race news that’s fit to print. Until next week, stay healthy, stay safe, wash your hands and Black Lives Matter. Everybody say LOVE!