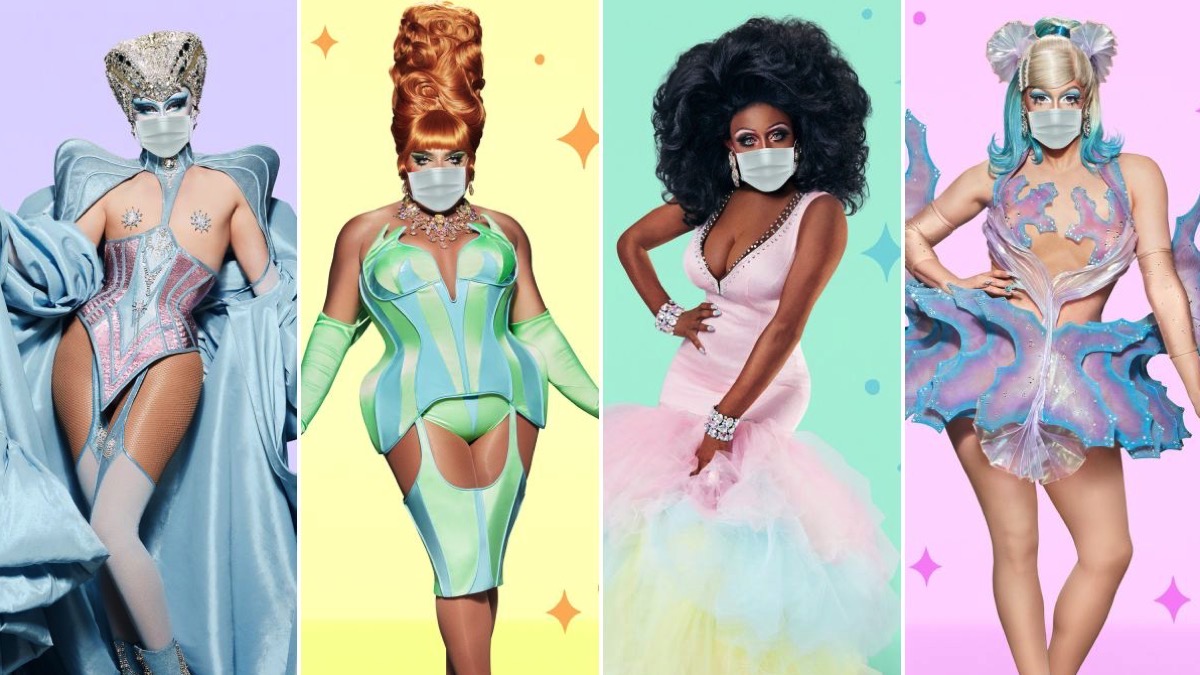 Hello, hello, hello, and welcome to the Week in Drag. Last week, we finally had the chance to meet the queens competing to be America’s Next Drag Superstar in a wild, topsy-turvy premiere episode.

Our favorite recapping RuPaul’s Drag Race alums have a lot to say about the show and the looks and we’ve got their reactions here. We’ve also got some fun videos from your faves, including Trixie and Katya and Willam and Alaska. There’s so much to get to, so let’s bring it to the runway!

The lovely Monét X Change devoted the latest episode of her web series “The X Change Rate” to season 13 and chatted with the queens about all things Drag Race.

What happens when two All-Stars champions come together to talk about Drag Race? Find out with the debut of the latest season of “The Pit Stop.” Trixie Mattel and Shea Couleé talk about the premiere and lots more.

While we didn’t have a runway on the premiere episode, there were plenty of fierce entrance looks. Raja and Raven toots and boots the first impression fashions as “Fashion Photo Ruview” returns.

Atlanta’s fierce and unfiltered Nina Bo’Nina Brown shares her impressions about the new season and talks All-Stars 7 on her latest “Rawview.”

The sweet and sassy Shuga Cain is back with “Shuga in the Raw.”

Yuhua Hamasaki welcomes the new queens and shares her thoughts on the premiere on “Review with a Yu.”

Yuhua scored one of the best co-hosts for her “Bootleg Opinions” web series. Watch as she and  the queens of beatdowns, Willam, review the season 13 queens’ entrance looks.

Welcome, Gottmik, to the YouTube-a-verse! In this video, she shows you how she created her gorgeous entrance look and spills some behind-the-scenes tea about the premiere. (Spoiler: the queens were honestly surprised about the lip syncs.)

Can’t get enough Gottmik? In this makeup tutorial for Cosmopolitan, she delivers another iconic look. Watch as she transforms into a rainbow rock star.

Have you watched the Netflix sensation Bridgerton yet? If you haven’t, or just want to relive the drama and seduction, Monét and The Vivienne are here to discuss and review the show on “I Like to Watch.”

If you have the occasional “cringe moment” when you see an old photo of yourself, you will surely identify with this video where Monét watches and shares her honest reactions to her audition tape for season 7 of Drag Race.

It’s a new year and there’s really no better way to say farewell to the dumpster fire that was 2020 (not that 2021 is shaping up that great so far) that by spending some time with Bob and Monét, as they discuss the year on “Sibling Rivalry.”

Fans of Dynasty and Drag Race rejoice as Bob and Alaska ring in the New Year showing you what would happen if 2020 and 2021 were like Krystal and Alexis. I couldn’t have put it better myself.

The lovely Manila Luzon lip syncs “Supalonely” by BENEE. The performance was from the amazing “New Year’s Queens” show.

I am not a “bitter Betty” or anything, since my performance on the season 3 premiere was left on the cutting room floor or anything, but I heartily endorse this recap of the entire series of Netflix’s Cobra Kai. Trixie and Katya review the fights and the drama on “I Like to Watch.”

The season is over, but there’s still hilarious randomness to be had from Trixie and Katya from their Streamy-winning series “UNHhhh.”

Trixie is back to play with more of her enormous doll collection. Here she takes us down memory lane and shows off some of her celebrity-inspired dolls. I was too young to originally have a Julia (Diahann Carroll) or Twiggy doll, but I did have a Donny Osmond doll. I am dying to have a Dolly Parton doll (color me jealous). Trixie and I also share a love for Spice Girls dolls and the gorgeous RuPaul doll.

Willam is back with a new “Beatdown.” This time around, she comments on a James Charles makeover of singer Dojacat, a Facebook confessional no one ever needed to hear, a marriage proposal gone wrong and some adorable bouncing babies.

If you love the quick drag challenges on Drag Race as much as I do, you must watch this video. “Race Chaser” co-hosts Willam and Alaska take part in a 2-Minute Drag Challenge with results that must be seen to be believed.

After their amazing transformations, Willam and Alaska are quizzed on Drag Race trivia while eating marshmallows.

Speaking of Alaska, Jaymes Mansfield recreates one of the queen’s signature hairstyles. Watch as she transforms a wig into “galaxy buns.”

Jaymes also works her magic on a (probably not official) “Billie Eilish wig” from Amazon. I think Billie herself would approve of the finished product.

And that wraps up the week in drag news for this week. Until we meet again, stay safe, stay healthy, wear a mask and say LOVE!