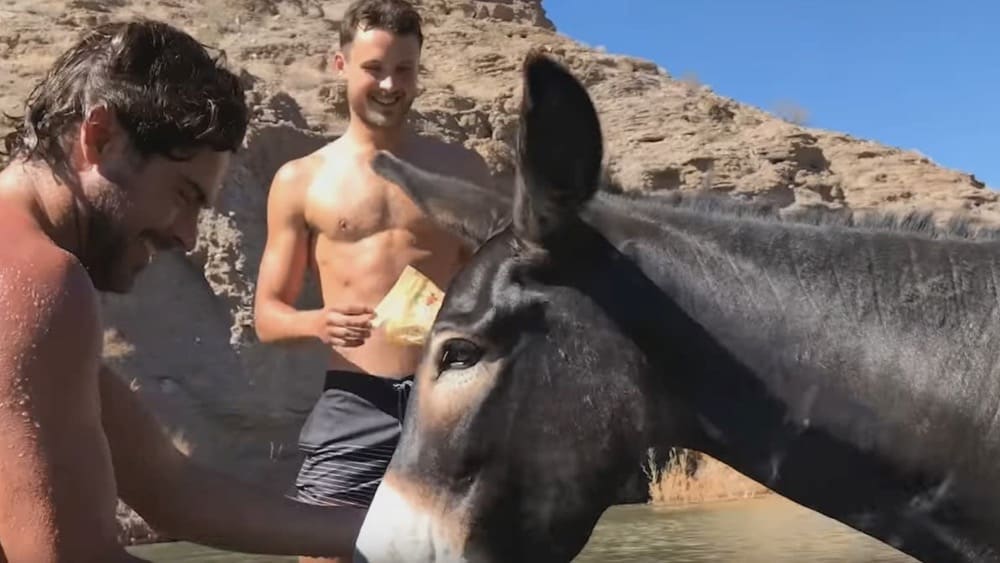 Zac Efron posted his first video to his YouTube channel. In the video, Efron, his brother, Dylan, and their friends visited Lake Mohave, a reservoir along the Colorado River, along the border of Nevada and Arizona. They spent four days “off the grid.” Yes, there is shirtlessness to be seen.

Fans are thinking Ariana Grande came out as bisexual in new song Monopoly. She didn’t.

Lori Loughlin was corned by TMZ and they got her to say that she can’t comment on anything right now. “But thank you for your time.” Aunt Becky is always so polite. — TMZ

Elon Musk is now a rapper. God help us all. — Dlisted

The Umbrella Academy will officially return for a second season on Netflix! — Screen Rant

Prepare yourself, the Avengers press tour has begun.