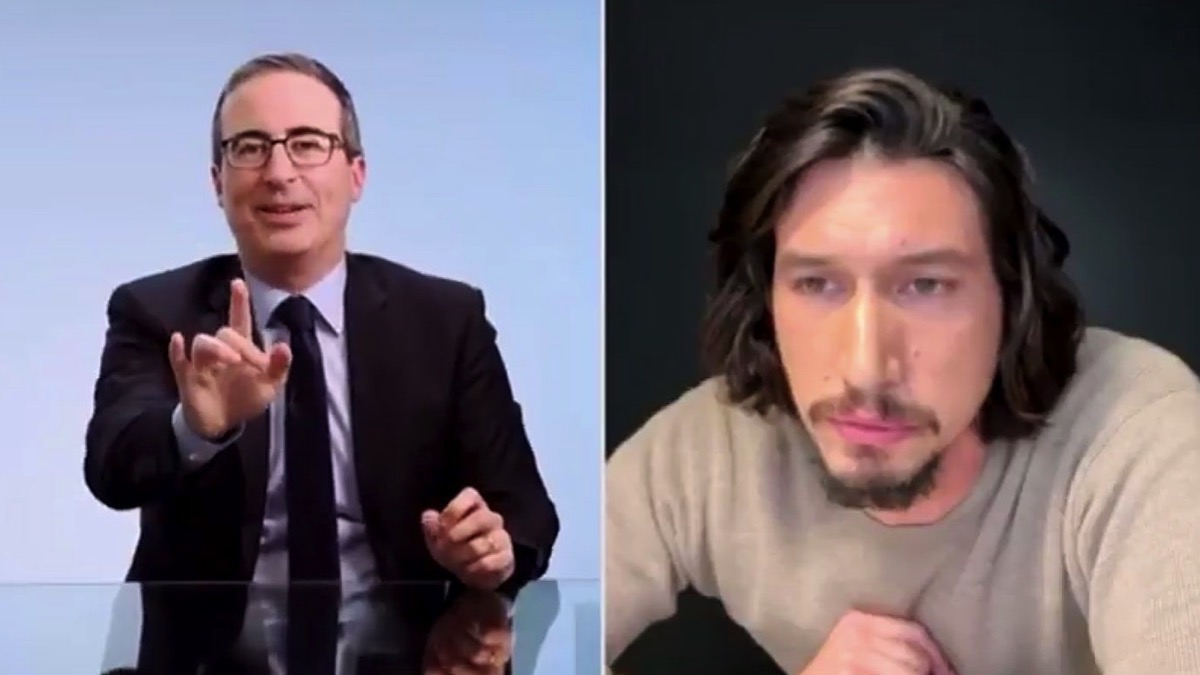 Adam Driver called into the most recent episode of Last Week Tonight to confront John Oliver. It was a welcome bit to the series’ season finale.

Oliver is well-known for doing strange, specific bits and long-running gags on his show. One of those involves Driver, who Oliver often references in extensive asides. Typically, he channels the Internet’s obsession with the actor and usually takes it too far, to humorous effect.

Though the bit has been going on a while now, Driver hasn’t appeared on Last Week Tonight. That changed with this week’s finale, where Driver called in to confront Oliver about his inappropriate behavior.

The Last Week Tonight clips of the segment (via The Adam Driver Files) show Driver interrupting Oliver in the middle of a bit to call him out.

Listen to me, what the fuck are you doing?” Driver asked a sheepish-looking Oliver. “This bit? This bit, this thing you’ve been doing that’s either sexual or violent. This strange, strange bit that for some reason you’ve pulled me into.”

Impressively, Driver commits as much as Oliver does, leading to a hilarious back-and-forth. The ending even shows Driver giving Oliver a taste of his own medicine. Check it out below: