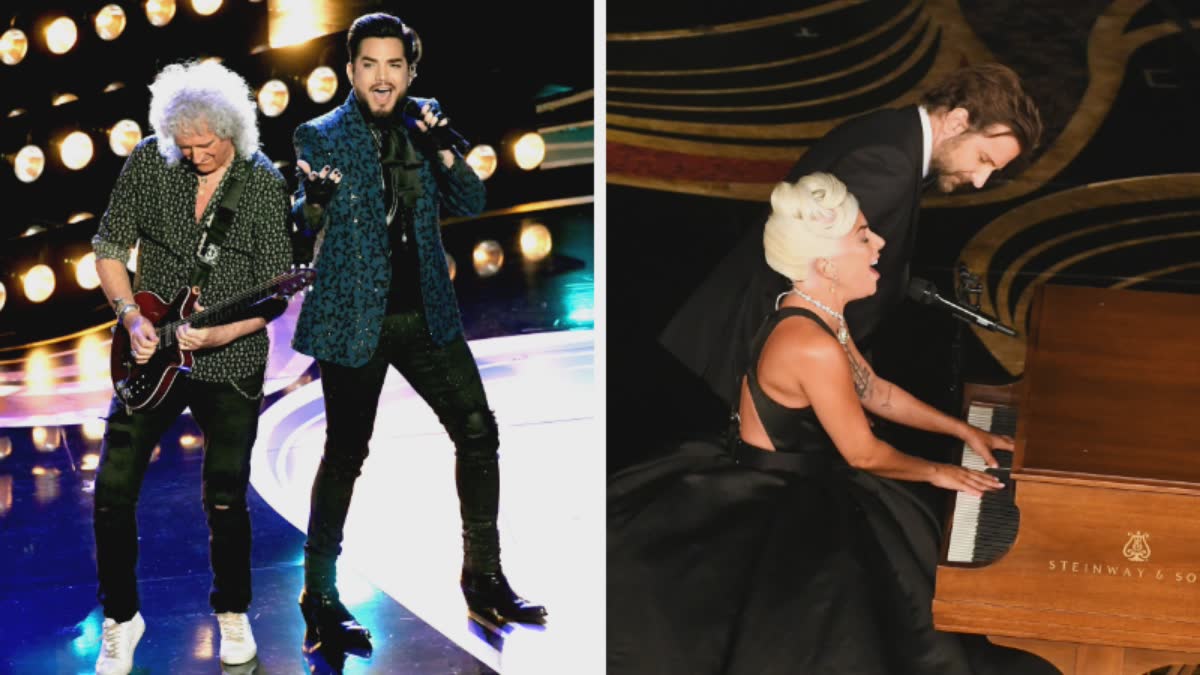 The musical performances at the 2019 Academy Awards were a few of the highlights from last night’s (February 24, 2019) show.

Queen was joined Adam Lambert, delivering a raucous performance of the band’s iconic hits “We Will Rock You” and “We Are the Champions” at the top of the show. The crowd ate it up and was rocking out along with the music.

Lady Gaga and Bradley Cooper made us all swoon with their rendition of “Shallow” from A Star Is Born.

And this moment made the performance even hotter.

Bette Midler for delivered a sweet, rendition of the mournful lullaby “The Place Where Lost Things Go.”

Gillian Welch and David Rawlings put a refreshing spin on their rendition of “When a Cowboy Trades His Spurs for Wings.”

Which was your favorite musical performance?