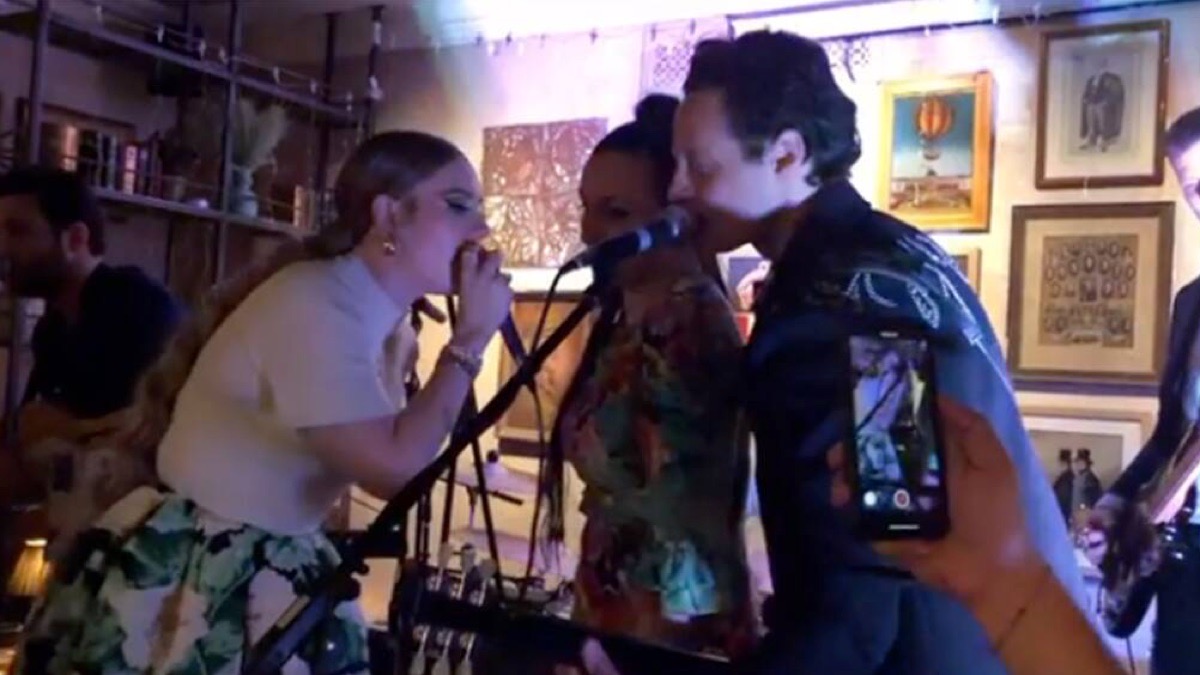 Adele shocked the guests at her best friend’s wedding with a flawless performance to round out the happy occasion.

On Saturday night (February 15, 2020), Adele was on hand to officiate the nuptials of writer and illustrator Laura Dockrill, a close friend since her school days, and the Maccabees‘ Hugo White at the Mason’s Arm pub in London.

Adele and Laura formed their friendship when they both attended the prestigious BRIT School.

The pair could be seen on stage at the wedding belting out songs at the ceremony.

Adele belted out her 2010 hit “Rolling In The Deep” and Candi Staton’s “Young Hearts Run Free” at the venue.

Videos shared online showed Adele singing along to “Spice Up Your Life” by the Spice Girls and Beyonce’s “Crazy In Love.”

She was also seen holding a bottle of wine while cheering on a band who also performed at the party.

It’s the first time she has been seen performing one of her songs since her two sell-out concerts at Wembley Stadium in June 2017.

Singers Florence Welch, 33, Jessie Ware, 35, and Jack Penate, also 35, were among other guests at the bash.

Adele also revealed to the guests, “expect my album in September.”