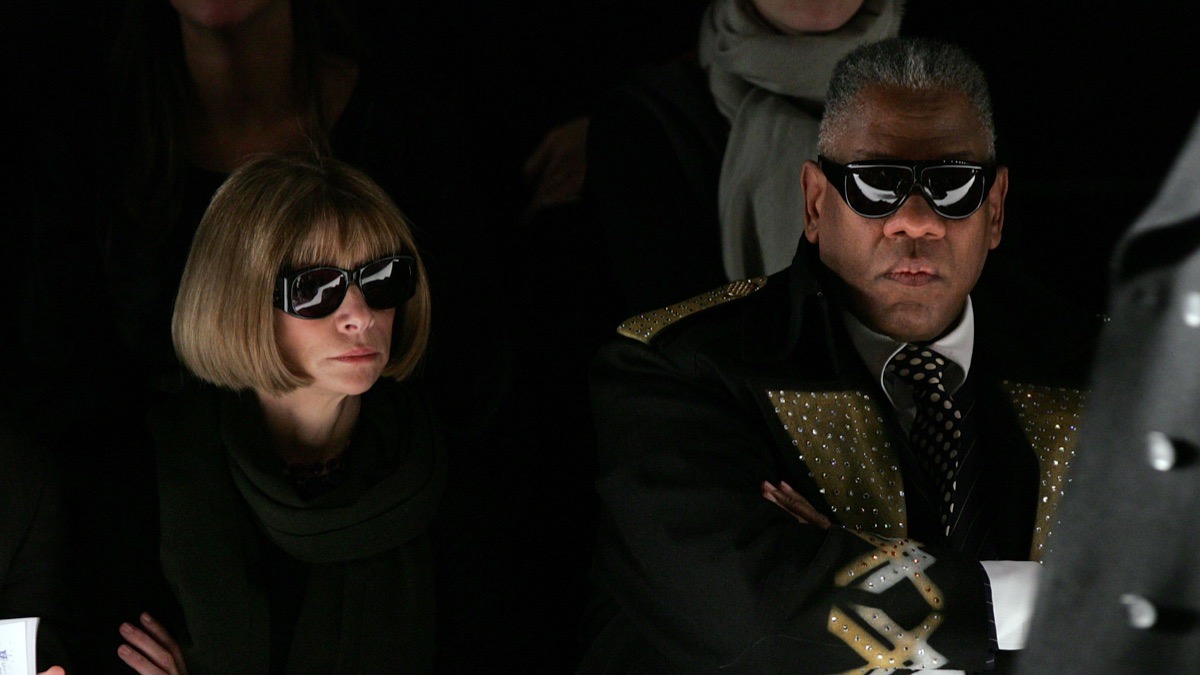 In a memoir that will be out in September, former Vogue editor-at-large Andre Leon Talley says Anna Wintour is “not capable” of “kindness.”

“I have huge emotional and psychological scars from my relationship with this towering and influential woman,” who is “immune to anyone other than the powerful and famous,” the 70-year-old reportedly writes, per the Daily Beast.

Talley worked with Wintour at Vogue for some three decades. Most recently, he interviewed celebrities on a podcast, canceled in 2016, and at Wintour’s annual Met Gala. He was replaced in that role in 2018 by then-22-year-old YouTube star Liza Koshy.

“I am no longer of value to her,” he reportedly writes, noting in reference to the Met Gala shakeup that he was cast aside in “a stone-cold business decision.” “I had suddenly become too old, too overweight, too uncool, I imagined, for Anna Wintour.”

Talley, who refers to her as “empress Wintour,” adds, “Simple human kindness. No, she is not capable.” The Chiffon Trenches—which also tells of his dealings with the rich and famous—is to be released Sept. 8.

In recent years, he writes, she has “decimated [him] with this silent treatment,” and even coyly dismissed him from his red carpet interviews at the Met Gala. Though he was told such things were “beneath” him, he knew it “was clearly a stone-cold business decision.”

“After decades of loyalty and friendships…Anna should have had the decency and kindness to call me or send me an email saying: ‘Andre, I think we have had a wonderful run with your interviews but we are going to try something new.’ Simple human kindness. No, she is not capable.”

However, despite the pair’s rocky relationship, Talley writes in the memoir that “Not a day goes by when I do not think of Anna Wintour” and that he hopes that she will “find a way to apologize before I die.”

Dead to Me Season 2 — Official Trailer

The Met Gala Has Been Postponed Due to Coronavirus

Endnotes: Julianne Hough is Not Straight and More!

Endnotes: Ariana Grande Opens Up About Mac Miller and Pete Davidison and More