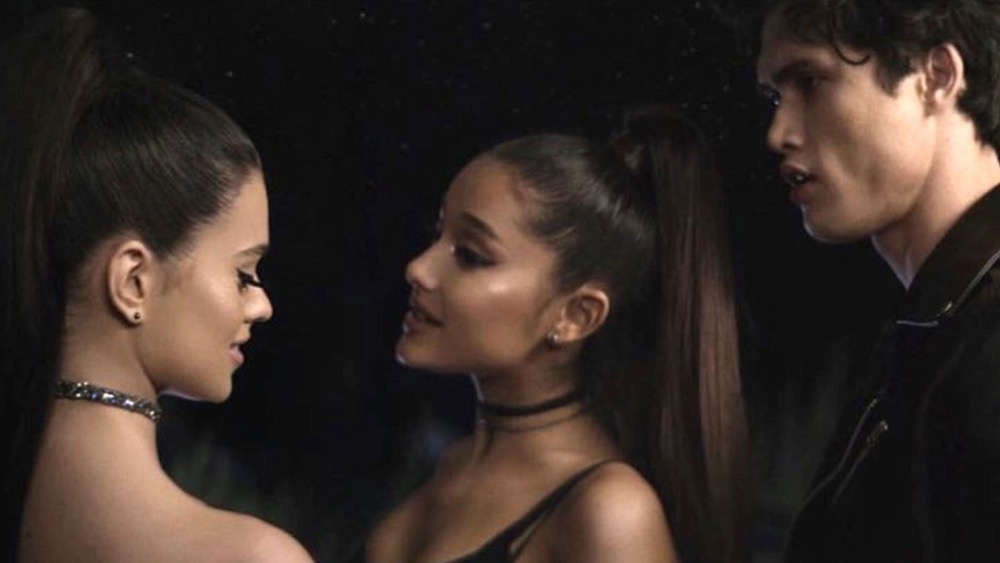 How Supernatural Built a Loving Family Over 300 Episodes

Ariana Grande just dropped the music video for her latest single “Break Up with Your Girlfriend, I’m Bored.”

In the music video, Ariana finds herself in the middle of a hot love triangle with Riverdale actor Charles Melton and model Ariel Yasmine, who just happens to look a lot like Grande.

The track samples *NSYNC’s “It Makes Me Ill” and touches on a similar theme of the sampled track from the iconic boyband.

“Break Up with Your Girlfriend, I’m Bored” is the latest single off of Ari‘s new album Thank U, Next that just dropped today as well!

The 12-track project, which Grande describes as the product of “feminine energy and champagne and music and laughter and crying,” includes a pair of chart-topping singles—the title track and “7 rings,” along with songs like “NASA,” “bad idea,” and “break up with your girlfriend, i’m bored.”

“This [album’s] not particularly uplifting,” Grande told Billboard. “A lot of it sounds really upbeat, but it’s actually a super sad chapter.”

Listen to the Thank U, Next

How Supernatural Built a Loving Family Over 300 Episodes