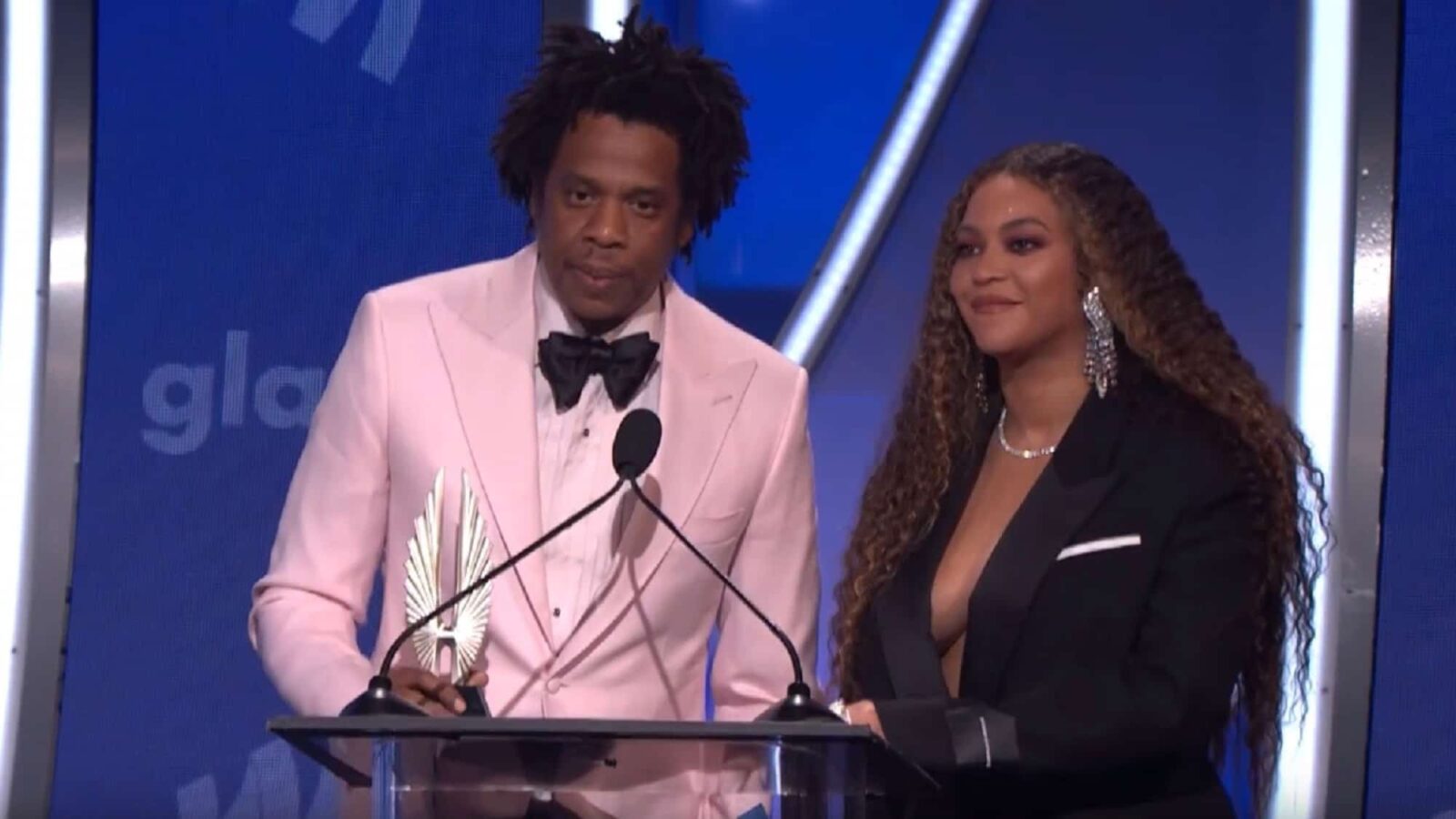 Beyoncé and Jay-Z both made emotional speeches about the LGBT+ community as they picked up joint GLAAD Media Awards in Los Angeles on Thursday (March 28, 2019), where they jointly received the LGBT+ charity’s Vanguard Award.

In her speech, Beyoncé paid an emotional tribute to her uncle, who died during the AIDS crisis.

She said: “I want to dedicate this award to my uncle Johnny, the most fabulous gay man I have ever known, who helped raise me and my sister.”

The singer explained: “He lived his truth, and was brave and unapologetic at a time when this country wasn’t as accepting, and witnessing his battle with HIV was one of the most painful experiences I’ve ever lived.”

“I’m hopeful that his struggled served to open pathways for other young people to live more freely. LGBTQI rights are human rights.”

Jay-Z paid his own tribute to his mother, Gloria Carter, who came out as a lesbian on his 2017 track “Smile.”

He said: “Life is full of highs, lows, and a lot of learning. This is a momentous night and I also want to honor my mother who received the award last year.”

“I get to follow in her footsteps of spreading love and acceptance [and thank her] for allowing me to tell her story.”

Beyoncé also praised the work of her husband.

She said: “To you, Jay, I’m so proud of you for making incredible strides towards changing stigmas in the hip-hop community.”

“It’s a privilege to watch you take those steps and we’re super grateful and honored.”

She added: “I would say that one of the most beautiful memories from our [joint] tour was looking out from the stage every night and seeing the hardest gangsters trappin’ out right next to the most fabulous queens, respecting and celebrating each other.”

“And that’s the duty of my partnership, connecting people who at first glance seem worlds apart, and whether it’s friends or family, the LGBTQI community has always supported us and lifted us up.

“We’re here to promote love for every human being and change starts with supporting the people closest to you, so let’s tell them that they are loved, let’s remind them they are beautiful, let’s speak out and protect them, and parents, let’s love our kids in their truest form.”

The full list of 2019 GLAAD Media Award winners is here.

Watch Beyoncé and Jay-Z give their speech at the 2019 GLAAD Media Awards below.

Colton Haynes Is Newly Sober, Was Once Placed on 5150 Psychiatric Hold