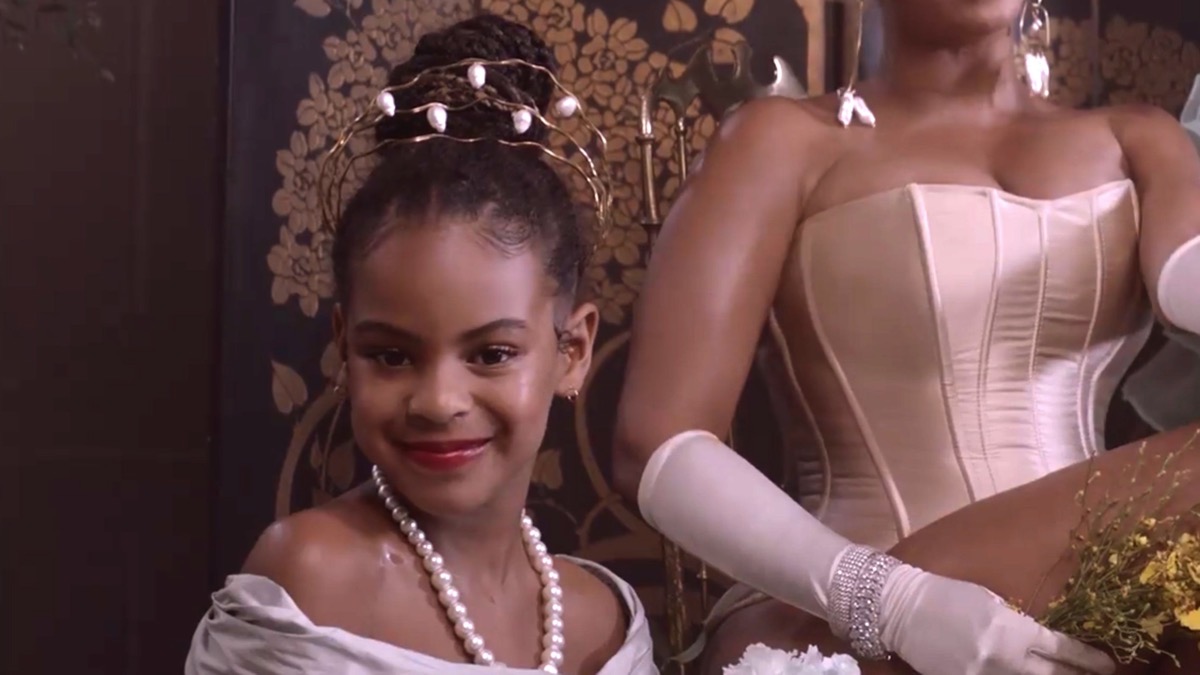 Blue Ivy Carter is stealing the show in her mom, Beyoncé‘s, new trailer for Black Is King.

The 8-year-old daughter of the superstar and Jay-Z makes an adorable cameo in the latest teaser for the Disney+ special.

In the clip, Blue is seen smiling wide, wearing an elegant white off-the-shoulder dress with a pearl necklace. Her hair is up in a bun and has a gold and pearl crown.

Black Is King is based on the music from The Lion King: The Gift soundtrack, which was released last year.

“The film reimagines the lessons from the 2019 blockbuster for today’s young kings and queens in search of their own crowns,” Disney said. Many artists featured on The Lion King: The Gift album will also make appearances on Black Is King.

The visual album was in production for one year, filming in New York, Los Angeles, South Africa, West Africa, London and Belgium. Beyoncé is credited as writer, director and executive producer on Black Is King, with a slew of frequent collaborators also attached.

Beyoncé shared more insight into the creation of her latest endeavor during a recorded message for Good Morning America today.

AWW: A Baby Duck Falling Asleep with a Flower on Its Head — WATCH

“Black Is King is finally here! Now I’m so excited you guys get to watch it tonight on Disney+. It’s been a year in the making,” said Beyoncé during her video message. “I worked with a diverse group of very gifted directors and actors and creatives from all over the world to reimagine the story of The Lion King. The narrative unfolds through music videos, fashion, dance, beautiful natural settings, and raw new talent, but it all started in my backyard.”

Black Is King will premiere globally on Disney+ on July 31. For more on the special, watch below.

Breonna Taylor to Cover O Magazine, First Time Ever Oprah Will Not Appear on the Cover