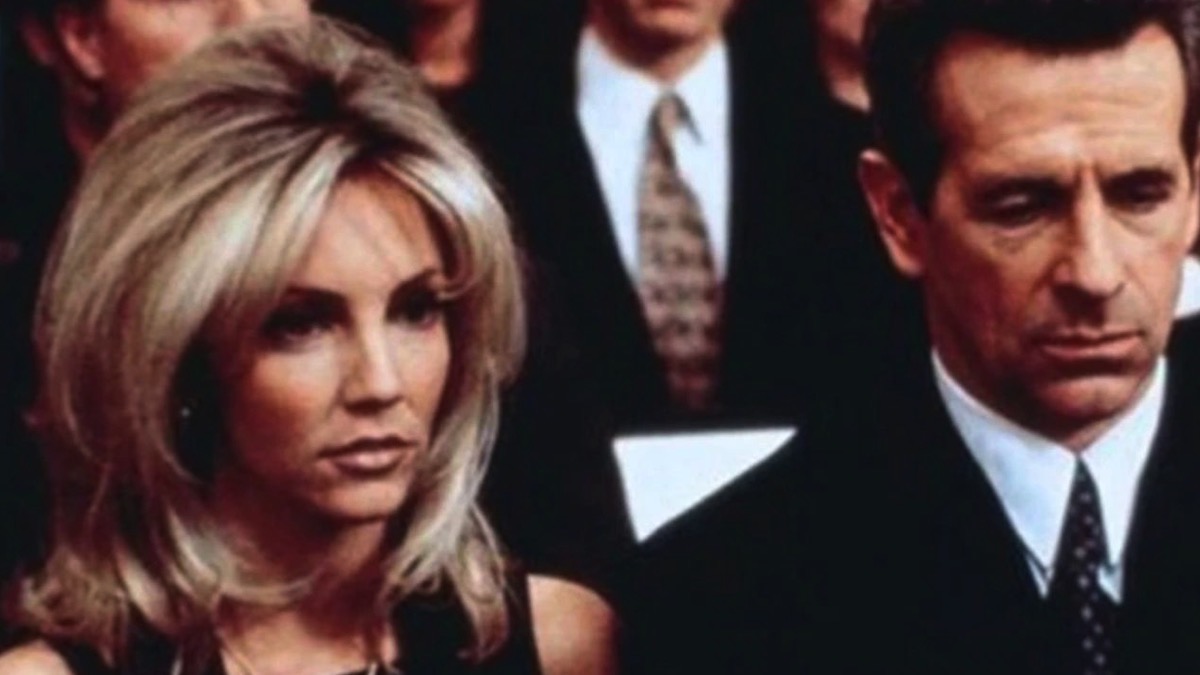 This week, Locklear expressed it was “gross” when Naughton touched her breast while filming a scene and stated that the script did not direct him to do so.

“He doesn’t grab [my breast],” she had said on the podcast, Fake Doctors, Real Friends with Zach and Donald. “He actually outlines my areola with his finger. It didn’t say that in the script.”

Naughton speaking out led to Locklear clarifying her comments on Thursday.

“Oh no, I didn’t mean James Naughton did anything wrong,” Locklear wrote on Instagram. “The script called for him to touch my breast. I was surprised that he circled my areola. We had not discussed the scene prior to filming.”

She ended by saying, “To be clear, I was never upset with James, just surprised. Love you James.”